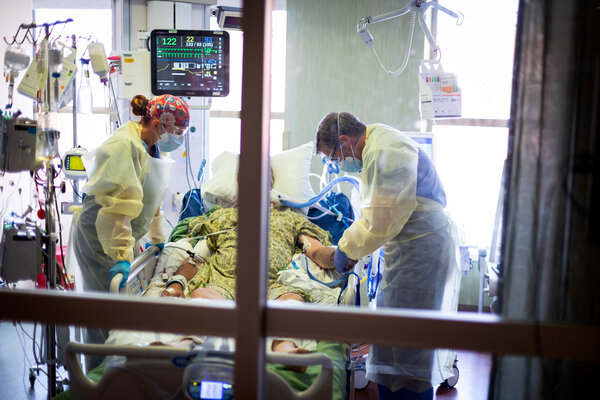 The mass trauma of the pandemic may have actually produced a form of mass psychosis. The disruption has caused a societal distress.

I think that we ignore or underestimate the extreme trauma that society has endured, and is living with, at our own peril.

There are nearly a million fresh graves in America over the last two years, deaths directly attributable to Covid. The first year of the pandemic brought the largest decline in American life expectancy since 1943, during World War II.

As The Washington Post reported, according to one study, the United States is faring worse during the pandemic “than 19 other wealthy countries — and failing to see a life expectancy rebound despite the arrival of effective vaccines.”

There can’t be that much death and mourning without severe consequences. But the deaths are only part of the story. There was also all of the sickness — 80 million Americans have caught Covid — and all of the havoc the virus has wreaked on our lives.

Human beings are social creatures. We need to gather. We need to touch and be touched. We need community. But the virus put some of our basic humanity into suspended animation.

Society is aching, grasping, acting out, sometimes violently. We see the signs all around us. Sometimes it’s just a dramatic change in the way we live our lives.

For instance, we are in the middle of the Great Resignation, in which Americans are quitting their jobs in record numbers. According to the Bureau of Labor Statistics, the number of people quitting has topped four million every month since July.

As the clinical psychologist Sherry Walling wrote in Fortune this week, the Great Resignation is being caused, or at least fed, by the “Great Grief.” As Walling said, “Our grief fueled great personal upheaval and pushed many of us to question how we spend our precious, finite time on earth, especially considering that about a third of it is spent at work.”