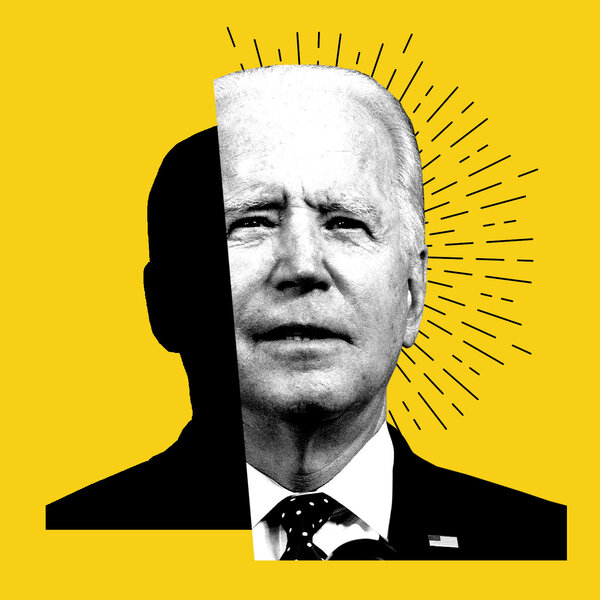 Ms. Cottle is a member of the editorial board.

Like any employee, President Biden has to suffer through periodic performance reviews. Thursday marks his 100th day in office — a time-honored if vaguely arbitrary milestone at which a president’s early moves are sliced, diced and spun for all the world to judge. How many bills has he gotten passed? Whom has he appointed? How many executive orders has he signed? Which promises has he broken? Which constituencies has he ticked off?

Mr. Biden took office under extraordinary circumstances, with the nation confronting what he has called a quartet of “converging crises”: a lethal pandemic, economic uncertainty, climate change and racial injustice. Bold policy action was needed. So, too, was an effort to neutralize the toxic politics of the Trump era — which, among other damage, spawned a large reality-free zone in which the bulk of Republicans buy the lie that the 2020 presidential election was stolen.

All of which feels like a lot for one mild-mannered 78-year-old to tackle in his first three or so months. Then again, Mr. Biden is built to keep chugging along in the face of adversity, tragedy and lousy odds. That’s how he rolls. And while his first 100 days have been far from flawless, they reflect a clear understanding of why he was elected and what the American people now expect of him.

The president moved fast and went big on his signature challenge: confronting the one-two public-health-and-economic punch of the pandemic. He asked Congress for a $1.9 trillion relief package, and Congress basically gave him a $1.9 trillion relief package. Did Republican lawmakers sign on? No, they did not. But the ambitious bill — which went so far as to establish a (temporary) guaranteed income for families with children — drew strong bipartisan support from the public. That was good enough for the White House.

Mr. Biden also showed that he knows how to play the expectations game: underpromise, then overdeliver. He initially pledged to get 100 million Covid-19 vaccine doses in arms by his 100th day in office. The nation crushed that target in mid-March, prompting Mr. Biden to up the goal to 200 million shots by Day 100. That hurdle was cleared last week.

He has fulfilled a range of more targeted promises, largely through executive action. He jettisoned Donald Trump’s repugnant Muslim ban and established a task force to reunite migrant families separated at the southwestern border. He put the United States back in the World Health Organization and the Paris climate accord. He directed federal agencies to conduct internal audits, with an eye toward advancing racial equity, and he rescinded the Trump ban on transgender troops in the military. He hasn’t persuaded Congress to raise the federal minimum wage to $15 an hour, but he is upping it for federal contractors.

With foreign policy, Mr. Biden has surprised some with his announcement that all U.S. combat troops will be withdrawn from Afghanistan by Sept. 11. Depending on your perspective, this decision is either long overdue or a disaster in the making. Either way, the president wanted to show that he can make the tough calls.

Opinion | The Anti-Abortion Movement Can’t Use This Myth Anymore