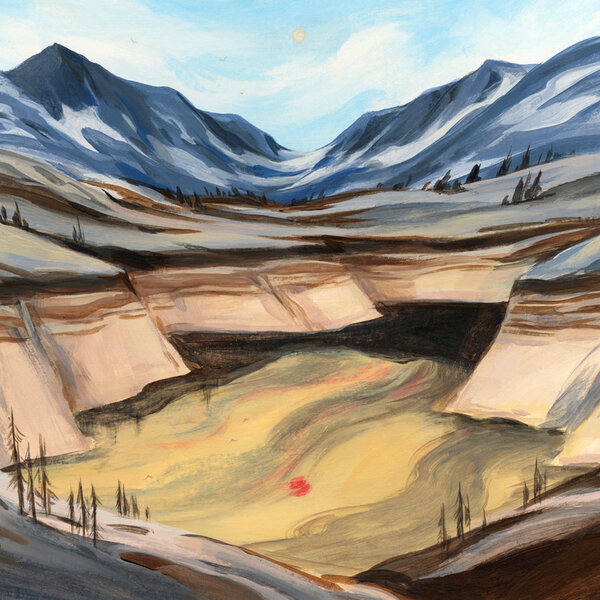 Dr. Schwartz is the lead scientist and station manager at the University of California, Berkeley, Central Sierra Snow Lab.

Outside my lab near Donner Pass in the Sierra Nevada mountains of California, new animal tracks are on the snow after a winter of hibernation, bird songs are lofting through the air, and the creek is flowing strongly with water from the melting snow. Spring has come worryingly early to the Sierra Nevada.

This past week, I joined teams of other scientists gathering the most important measurements of the Sierra Nevada snowpack from over 265 sites throughout the state. Typically, this measurement marks the transition from snow accumulation season to the melt season and contains the most snow of any measurement throughout the year. The 2022 results, however, confirmed what those of us monitoring the state’s drought had feared: California’s snowpack is now at 39 percent of its average, or 23 percent lower than at the same point last year. This signals a deepening of the drought — already the worst in the western United States in 1,200 years — and another potentially catastrophic fire season for much of the West.

Many people have a rather simplistic view of drought as a lack of rain and snow. That’s accurate — to an extent. What it doesn’t account for is human activity and climate change that are now dramatically affecting the available water and its management. As more frequent and large wildfires and extended dry periods batter the land, our most important tools for managing water are becoming less and less accurate. At the same time, our reliance on these models to try to make the most of the little water we have is becoming more and more problematic.

Droughts may last for several years or even over a decade with varying degrees of severity. During these types of extended droughts, soil can become so dry that it soaks up all new water, which reduces runoff to streams and reservoirs. Soil can also become so dry that the surface becomes hard and repels water, which can cause rainwater to pour off the land quickly and cause flooding. This means we no longer can rely on relatively short periods of rain or snow to completely relieve drought conditions the way we did with past droughts.

Many storms with near record-breaking amounts of rain or snow would be required in a single year to make a significant dent in drought conditions. October was the second snowiest and December was the snowiest month on record at the snow lab since 1970 thanks to two atmospheric rivers that hit California. But the exceptionally dry November and January to March periods have left us with another year of below average snowpack, rain and runoff conditions.

This type of feast-or-famine winter with big storms and long, severe dry periods is expected to increase as climate change continues. As a result, we’ll need multiple above-average rain and snow years to make up the difference rather than consecutive large events in a single year.

Even with normal or above-average precipitation years, changes to the land surface present another complication. Massive wildfires, such as those that we’ve seen in the Sierra Nevada and Rocky Mountains in recent years, cause distinct changes in the way that snow melts and that water, including rain, runs off the landscape. The loss of forest canopy from fires can result in greater wind speeds and temperatures, which increase evaporation and decrease the amount of snow water reaching reservoirs.