On May 15, an Israeli airstrike destroyed Burj Al-Jalaa, a 12-story apartment tower in Gaza that housed the bureaus of Al Jazeera and The Associated Press. Watching the footage of the falling building left me in shock. It collapsed like one of the many towers that my children make out of magnetic tiles or Jenga blocks. It was gone in seconds.

I have worked for Al Jazeera for the past 13 years. Along with the families living in the 60 apartments in the tower, my colleagues had to make difficult choices about what to grab and what to leave as they rushed out to beat the bomb.

An hour later, my brother texted me, and the story actually hit home: Our grandfather had an apartment in the building, which he had bought with his life savings and left for his children to inherit. It was now reduced to rubble and ash. This is a lesson that Palestinians across generations have never been allowed to forget: Home is fleeting and can be taken away at any moment.

My grandfather, Abdul Kareem, knew this all too well. The story of his life can be told through all of the homes that he has lost.

He was born in Gaza City in 1933 and became an orphan by his fifth birthday after both of his parents died of cancer. He was among the Nakba generation, the Palestinians who experienced the terror, loss and displacement that came with the establishment of the state of Israel in 1948. He was in high school. He would speak of the bullets from Israeli warplanes over Gaza, which shredded the dust between his feet.

Hundreds of thousands of Palestinians were expelled from their homes, and there were massacres in cities and villages across the country. Refugees streamed into Gaza’s tiny coastal strip. My grandmother, Inaam, who was 12 years old, was one of them. She was among the 50,000 to 70,000 people who walked from Lydda, Ramle and neighboring villages, east of Jaffa, in what came to be known as the Lydda Death March. She learned that her father, a police officer in Jaffa, was executed by Israeli forces and buried in a mass grave.

Many of the refugees left with the clothes on their backs and hung the keys to their houses from their necks. My grandmother’s mother grabbed her children and started to walk, walk until her toenails had fallen off, my grandmother would tell us. Their homes were taken over by Jewish settlers who arrived from Europe. When my grandmother and her family arrived in Gaza, it had become crowded with refugees from across Palestine, thousands of whom slept in tents provided by the United Nations.

By the time my grandparents met in 1956, my grandmother had been working as a seamstress to help support her family. Never able to return to school, she had completed only a sixth-grade education. Petite with curly brown hair, she had bright almond-shaped eyes and a shy smile, and dressed in clothes she sewed in 1950s fashion.

When my grandparents got married, jobs were hard to come by. They became part of the Shatat al-Falasteeni, or the Palestinian diaspora, moving to Arab countries that needed their labor and education but saw them as outsiders on the verge of overstaying their welcome. 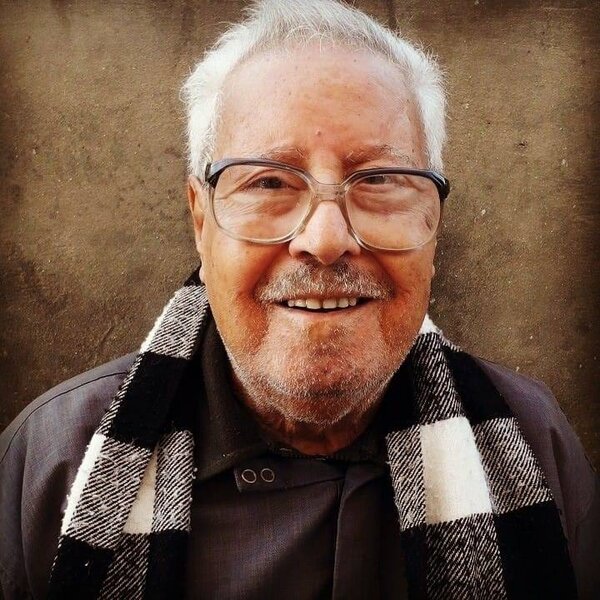 Central to the Palestinian diaspora experience is a paradox of existing in a past that despite its pain seems more secure than the precariousness of your present home. Life is a struggle to build a new home while preserving the memory of the one that was taken from you and desperately searching for a way to return to it.

In 1958, my grandfather moved to Saudi Arabia with his wife and 1-year-old son to work as an Arabic teacher. He saved whatever he could of his meager salary to take his children to visit Gaza during the summers. My mother remembers those trips home, playing in the mulberry orchards, the Mediterranean Sea within sight and the sand beneath her feet.

After years of living modestly, my grandfather bought a small plot of land on Gaza’s coast, where he planned to build a house. Then, in 1967, while sitting in a cafe with friends in the Saudi city of Jeddah, my grandfather heard the news: Israel had occupied the Gaza Strip. His face went pale and he fainted from the shock. Israel decreed that any Palestinian who was not in Gaza before the war would no longer be recognized as a resident of the strip.

My grandfather was not allowed to return. A few years later, when he reported his school’s headmaster for sexually assaulting a Palestinian student, the Saudis fired him and forced him to leave the kingdom. The family moved to Cairo and rebuilt their lives once again.

My grandfather bought an apartment from an Egyptian family, but he wasn’t permitted to register it in his name because he was Palestinian. When he and his family left Cairo for a short trip, the Egyptian family moved into the apartment and took it over.

He was once again homeless. He had worked and lived in four Arab countries without being allowed to acquire citizenship. For decades he longed for Gaza. As a stateless Palestinian, he needed a passport to return home.

My mother, who had settled in the United States when she was 18, brought him over. He lived with us in Florida for long stretches in the 1990s and applied for U.S. citizenship. I cherished the afternoons when he and I would sit on our porch drinking sage tea and watching the rain. He would puff on his cigarettes, we would share jokes, and I would quiz him on the basics of American history and governance in preparation for his citizenship test.

I did not realize that these moments together were not bringing him closer to us but enabling his return to Gaza, where I would no longer be able to see him.

Once he became a U.S. citizen, he was determined to return to Gaza. My grandmother, his wife of nearly 50 years, refused to return as long as the land was under occupation. He refused to remain in exile. In 2004, he moved to Gaza; she stayed in the United Arab Emirates alone.

In Gaza, my grandfather quit smoking and spent much of his time outdoors planting olives, grapes, loquats and berries in his family orchard and relaxing in a studio apartment on the Mediterranean. He reconnected with family members he had been separated from for years and ate the figs that he had dreamed about in exile.

In 2007, in a bid to destabilize the Hamas-led government, Israel imposed a crushing blockade that persists today, turning Gaza into an open-air prison and, along with Egypt, controlling every aspect of the lives of its residents. Getting medication for my grandfather’s diabetes became nearly impossible; frequent power outages forced him to use kerosene burners for cooking.

Several wars on Gaza followed, my grandfather describing each one as more brutal and terrifying than the one before. He would tell us how the bombs would rattle the walls as he tried to sleep.

During the 2008-09 bombardment of Gaza, known as Operation Cast Lead, Israeli bombing and shelling destroyed farmland and compromised the food supply. A section of our family orchard was hit with white phosphorus shells and its charred soil could no longer grow crops. Six years later, during the devastating war in 2014, my grandfather’s studio on the beach in Gaza was also bombed.

None of my grandfather’s seven children were able to visit him in Gaza. For most of their adult lives, every one of them was living in a different country, reflecting the intractable reality of Palestinian displacement.

My grandfather died in 2019. A part of me is relieved that he is not alive to witness what many in Gaza today describe as the worst assault yet.

He had poured all his savings into buying an apartment in Burj Al-Jalaa tower, one of Gaza’s tallest buildings. When all you’ve ever known is dispossession, occupation and exile, there are no retirement funds or government checks. He had survived on the rent from his apartment.

Unlike Al-Jalaa tower, which was evacuated before the bombs were dropped, many other homes in Gaza that were destroyed by Israeli airstrikes crushed their inhabitants to death.

There is almost a sense of shame in grieving over the loss of property when entire families have been killed in Gaza. But this too is a critical function of the occupation, which compounds Palestinian dispossession by not only the loss of one home after another but also the right to mourn them.

That apartment was the home my grandfather built after a lifetime of exile, everything he had worked toward until the last years of his life. The feeling of longing that pulled him back to Gaza and every moment of joy, pain and loss in his life were built into the walls of that apartment. It was a place he hoped his grandchildren might one day be able to visit.

But I realize now that it wasn’t that simple. When I consider all of the homes that he lost, I know my grandfather could not have expected any physical structure to be his lasting legacy. Instead he left us with something that cannot be taken away. His struggle to return home embodied the hope, resilience and audacity that all dispossessed Palestinians pass on from one generation to the next. We build, they destroy, and we build again.

Laila Al-Arian is an Emmy and Peabody award-winning journalist and the executive producer of “Fault Lines,” a documentary program on Al Jazeera English. She is a co-author of “Collateral Damage: America’s War Against Iraqi Civilians.”

Asean, EU and the swing-state perception

Britain's entry into the CPTPP spells win-win all around