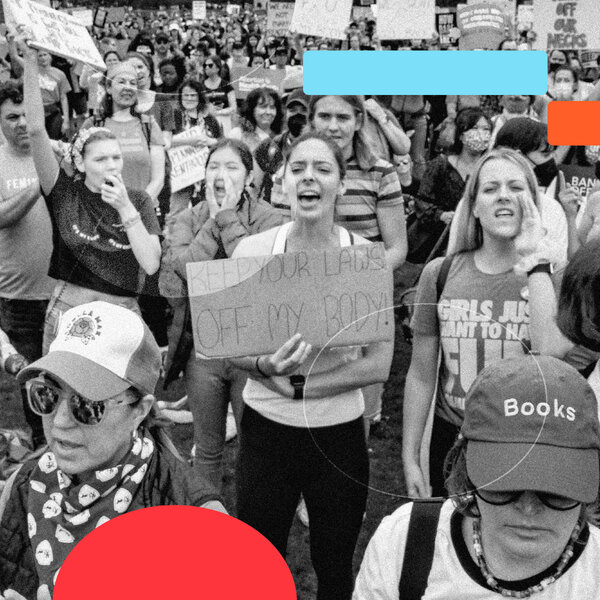 I’ll admit it: I let the right, and political analysts who were listening to the right, psych me out.

There was never much hard evidence that a red wave was coming. Since the imperious Supreme Court scrapped Roe v. Wade, Democrats have over-performed in special elections, and the pro-choice side won an overwhelming victory in a Kansas referendum on abortion. Polls showed an extremely close race in several competitive states and districts, and some of them had Democrats ahead, but ostensibly savvy observers put the narrative before the numbers. A recent Politico-Morning Consult poll showed that 48 percent of respondents intended to vote for Democrats for Congress and only 43 percent for Republicans. Politico dismissed its own survey as an outlier and headlined the story about it, “Voters appear ready to blame Democrats for economy, inflation.”

Because I’m an anxious person traumatized by 2016, I mistook my own sense of dread for insight and assumed the people predicting a Democratic wipeout must know something. What I should have done was listen to those monitoring the furious political energy unleashed by Dobbs v. Jackson Women’s Health Organization, the Supreme Court decision stripping women of their right to bodily autonomy. “As it turns out, there was a lot of data, and almost all of it was pointing towards this notion that Dobbs changed everything,” said Tom Bonier, a Democratic analyst who’d tracked a surge of new voter registrations and early voting by women.

As I write this, control of Congress is still up in the air. The fight for the Senate could, once again, come down to a Georgia runoff. The House seems likely to fall into Republican hands, but only by a handful of seats. Democrats won governorships in the battleground states of Michigan, Pennsylvania and Wisconsin, and are ahead in Arizona, Oregon and Kansas. They’re poised to take control of the Michigan Legislature for the first time in almost 40 years. And they staved off a Republican supermajority in North Carolina that would have allowed Republicans to pass an abortion ban by overriding the Democratic governor’s veto.

It will take a while to sort out exactly why Republicans did so much worse than expected. Maybe people care more about the integrity of our democracy than the pundits give them credit for. Maybe they were turned off by Republicans cackling over the assault on Nancy Pelosi’s husband. But there seems little question that abortion was a big part of the story.

There were five referendums dealing with abortion rights on Tuesday, in Michigan, Kentucky, Vermont, California and Montana. The abortion-rights side won the first four and, as of Wednesday afternoon, is leading in Montana. In North Carolina’s 13th district, the Trump-endorsed Republican Bo Hines, who said that victims of rape and incest who become pregnant should be subject to “a community-level review process” before being granted an abortion, lost a seat considered a tossup.

Republican Lauren Boebert of Colorado, a high-profile, anti-abortion Christian nationalist who was widely seen as a shoo-in for re-election, is currently down by several thousand votes. Her challenger, Democrat Adam Frisch, is the son of an OB-GYN who performed abortions; Frisch told me he remembers his dad receiving bomb threats. “That whole issue has been a very personal conversation, and it certainly got as much applause as anything when I was going around on my tour,” he said on Wednesday morning.

When it comes to reproductive choice, Republicans are simply out of touch with the values of a significant part of the electorate. “I do think there is a broader narrative of Republican extremism that Dobbs really connected the dots on,” Bonier said.

That extremism is the most important political story in the country. Since 2020, when Democrats won the presidency and control of both houses of Congress by smaller margins than many expected, there’s been endless hand-wringing about whether Democrats turned off salt-of-the-earth, diner-going Americans by not loudly condemning calls to defund the police. In the wake of Republicans’ weak showing on Tuesday, the political press should lavish similar attention on the ways the fringe right has alienated normal people. MAGA acolytes, it turns out, are the ones trapped in a bubble, convinced by Fox News, right-wing radio, social media and their own sense of entitlement that they’re the only authentic tribunes of the American volk. “People just want the circus to stop,” Frisch said. Even if Boebert somehow ekes out a win, last night suggests he’s right.