He’s a more transformational president than you may think. 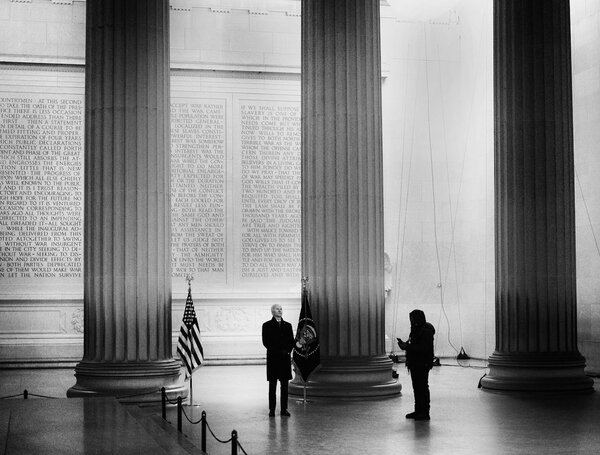 Most calls to “national unity” are vacuous pap. They are unrealistic, kumbaya pleas to “come together” around nothing.

But, as Richard Hughes Gibson wrote this week in The Hedgehog Review, the best calls to national unity are arguments. They are aggressive calls to come together around a specific idea of America, a specific national project.

What idea of America does Joe Biden call us to unite around? It’s the old one. As Walt Whitman understood, America was founded mostly by people fleeing the remnants of feudalism, the stratified caste societies of Europe.

Today we have homegrown feudalism. On the right, we have white supremacy, an effort to perpetuate America’s racial caste system, and Christian nationalism, an effort to define America in a way that erases the pluralism that actually exists.

On the left, less viciously, we have elite universities that have become engines for the production of inequality. All that woke posturing is the professoriate’s attempt to mask the fact that they work at finishing schools where more students often come from the top 1 percent of earners than from the bottom 60 percent. Their graduates flock to insular neighborhoods in and around New York, D.C., San Francisco and a few other cities, have little contact with the rest of America and make everybody else feel scorned and invisible.

Enter Joe Biden, a man who is repelled by the ancient feudalism of the right and is outside the “meritocratic” feudalism of the left. Here is a Truman-like figure, whose Inaugural Address was spoken in the plain words and with the plain values of Main Street.

My favorite passage was this: “Here is the thing about life: There is no accounting for what fate will deal you. Some days you need a hand; there are other days when we are called to lend a hand.” The Biden values are there: humility, vulnerability, compassion, resilience, interdependence, solidarity. Donald Trump’s patriotism was bloated and fear-based. Biden’s is the self-confident patriotism he absorbed by growing up in a certain sort of country during the American century.