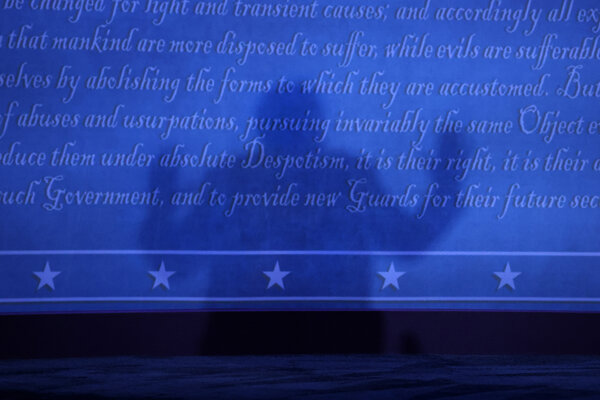 The main argument against prosecuting Donald Trump — or investigating him with an eye toward criminal prosecution — is that it will worsen an already volatile fracture in American society between Republicans and Democrats. If, before an indictment, we could contain the forces of political chaos and social dissolution, the argument goes, then in the aftermath of such a move, we would be at their mercy. American democracy might not survive the stress.

All of this might sound persuasive to a certain, risk-averse cast of mind. But it rests on two assumptions that can’t support the weight that’s been put on them.

The first is the idea that American politics has, with Trump’s departure from the White House, returned to a kind of normalcy. Under this view, a prosecution would be an extreme and irrevocable blow to social peace. But the absence of open conflict is not the same as peace. Voters may have put a relic of the 1990s into the Oval Office, but the status quo of American politics is far from where it was before Trump.

The most important of our new realities is the fact that much of the Republican Party has turned itself against electoral democracy. The Republican nominee for governor in Arizona — Kari Lake — is a 2020 presidential election denier. So, too, are the Republican nominees in Arizona for secretary of state, state attorney general and U.S. Senate. In Pennsylvania, Republican voters overwhelmingly chose the pro-insurrection Doug Mastriano to lead their party’s ticket in November. Overall, Republican voters have nominated election deniers in dozens of races across six swing states, including candidates for top offices in Georgia, Nevada and Wisconsin.

There is also something to learn from the much-obsessed-over fate of Liz Cheney, the arch-conservative representative from Wyoming, who lost her place on the Republican ticket on account of her opposition to the movement to “stop the steal” and her leadership on the House Jan. 6 committee investigating Trump’s attempt to overturn the presidential election to keep himself in office. Cheney is, on every other issue of substance, with the right wing of the Republican Party. But she opposed the insurrection and accepted the results of the 2020 presidential election. It was, for Wyoming voters, a bridge too far.