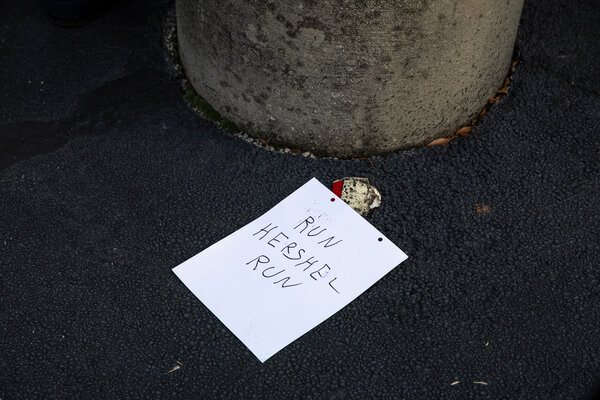 As the sun sinks over Georgia, we bid adieu to the Senate runoff election that seems to have been contested since the beginning of time.

Yes, dinosaurs once ruled the earth and Senate candidate Herschel Walker probably has a theory about how they could be killed by a werewolf. Or maybe a vampire.

This certainly was a race to remember. But now it’s over; Georgia very rightly decided that Senator Raphael Warnock, an estimable candidate, was better for the job than a guy who couldn’t seem to be clear about how many children he’d fathered or abortions he’d paid for.

But … Wait! Wait! Warnock got only a little more than 51 percent of the vote. That means more than 1.7 million Georgians thought it’d be a better plan to have a senator whose theory on global warming is: “Don’t we have enough trees?”

And who had his legal address in Texas for tax-saving purposes.

Let’s face it: Warnock was running against one of the worst candidates in modern American history. Who once referred to the upcoming election as an “erection.” It was one of the most expensive races of all time, during which the Warnock folks were able to buy about $54 million in TV ads — more than twice what Walker could afford.

Warnock, a much-respected minister at Martin Luther King’s old church, had served in the Senate with dignity. (His maiden speech was a call for — what could be more daring? — making it easier for people to exercise the right to vote.) His campaign was as dignified as Walker’s was … not. You’d think he’d at least win by four or five points.

Good news always seems to have a disturbing downside. And it’s never just one weird/bad/unnerving thing. You think this is all because of Donald Trump?

Well, the Herschel Walker candidacy sure was. How many times have we heard the stirring story about Trump first noticing Walker’s great gifts when the young man joined the United States Football League, of which Trump was, of course, a great team owner?

Walker played for three seasons with the U.S.F.L., and really impressed Trump, who was also otherwise engaged in running the whole league into the ground.

OK, forget the football stuff. That’s hardly core to Trump’s identity, which he’s always assured us is that of a great businessman.

Wait! Wait! (You knew that was coming, right?) This week the Trump Organization was found guilty of tax fraud and other assorted crimes. Seventeen counts in all, including giving free off-the-books-don’t-tell-the-I.R.S. cars and apartments and cash to top employees.

Yep. However, Trump wasn’t really on trial himself. It was just his people.

But wait, wait … there are other potential crimes under investigation. What about the whole Mar-a-Lago classified records thing?

Well, it’s hardly the same as that mean old New York court case. Our former president probably feels he deserves kudos for personally hiring people to search his golf course and Trump Tower and the storage closet at Mar-a-Lago to make sure there weren’t any overlooked official documents there.

Yeah, but the Trumpians will assure you that we’ve moved far away from the central matter of the Donald’s identity as a wealth-building genius. Snatching up official presidential documents and stashing them in your private home has nothing to do with bad business practices whatsoever.

We certainly are living in a time of wait-wait. Whatever we thought yesterday turns out to be way less interesting and less awful than what we learn today. Imagine all those stolid Republican politicians who’ve spent years finding ways to express support for their former president when he says something … scary.

You know, you just get used to smiling vaguely when a reporter asks you whether you think it’s strange that the former president was hanging out with an antisemitic rapper and an antisemitic white supremacist. Or why he was telling the nation nobody would be able to get a turkey for Thanksgiving. And you’re feeling you’ve got things pretty well in hand and then — wait, wait! He just called for terminating the Constitution.

We’ve been going down this road a long time, folks, and things are the way they are. I don’t know about you, but I just want to forget about Georgia and Senate races and get back to thinking about a future when we’ll have different stuff to talk about.

Wait, wait — stuff like the next presidential election? Trump tooting his horn a trillion times a day while folks like the governor of Florida, Ron DeSantis, try to help you really get to know them. You’re going to see so much of those folks, Herschel Walker will begin to seem like an old pal you should have invited on a trip to the Catskills.

OK, maybe not. But I hear Joe Biden’s pretty much got his hat in the ring. How many times a day are we going to have to hear Republicans mention the possibility of an 86-year-old in the White House?

Gee, at this very moment, that doesn’t sound terrible at all.