Immigration is America’s lifeblood, so we can’t risk losing it. 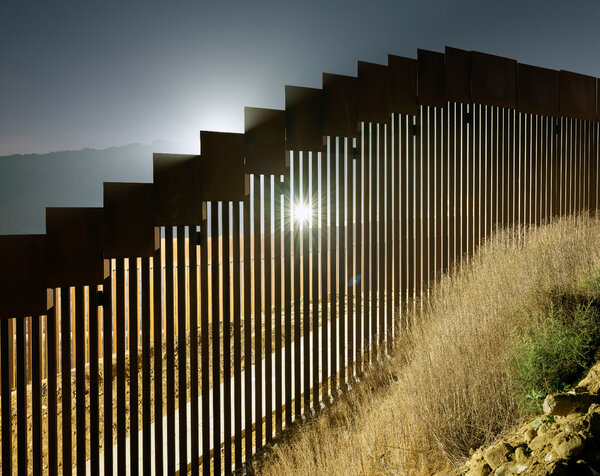 After reading as much as I can about the latest surge in illegal immigration along our southern border, I’m still not clear how much is seasonal, how much is triggered by President Biden’s announcement that he was halting construction of Donald Trump’s border wall and reviewing Trump’s asylum policies, and how much is just the lure of jobs in a rapidly vaccinating United States.

But this latest flood of illegal immigrants and asylum-seekers — more than 170,000 apprehended in March alone, including thousands of children, mostly fleeing chaos in Central America — only reinforces my view that the right border policy is a high wall with a big gate.

I wish we could take in everyone suffering in the world and give each a shot at the American dream, but we can’t while maintaining our own social cohesion, which is already fraying badly enough. So, making immigration policy today requires a tough-minded balance between hardheartedness and compassion.

If we just emphasize the high wall, and wear cruelty as a badge of honor, as Trump did, we lose out on the huge benefits of immigration. But if all we do is focus, as many on the left do, on the evils of a wall and ignore the principles of a big gate — that would-be immigrants and asylum-seekers need to get in line, ring our doorbell and enter legally, and those who don’t should be quickly evicted — we will also lose out on the huge benefits of immigration.

Why? Because so many Americans will think that the border is open and out of control that they will elect leaders who will choke off all immigration, which is the lifeblood of our country. Have no doubt, a seemingly out-of-control border would be a godsend for the Trump G.O.P. — an emotional club even more evocative than the mantra “Defund the police” with which to beat Democratic candidates in the midterms.

Already, a recent ABC News/Ipsos poll found that 57 percent of Americans disapprove of Biden’s handling of the border.

High wall-big gate is the right position for Biden. Only by assuring Americans that we have a high enough wall to control illegal immigration — or its equivalent in terms of border controls and repatriation measures — can we maintain a public consensus for a big gate.

Biden has to get this right, and I know it won’t be easy. Because while maintaining a controlled inflow of immigrants has never been more important, the forces driving more waves of illegal migrants have rarely been more powerful.

Those forces are surging because, quite simply, it’s harder to be a viable country today. The 50 years after World War II were a great time to be a weak little country. The Cold War meant that two superpowers were throwing money at you to help feed your poor, educate your kids, sustain your government and prop up your army; China was not in the World Trade Organization, so everyone could be in low-wage industries; populations were moderate; climate change was limited; and no one had a cellphone and social networks to talk back to leaders or easily organize opposition.

Today, all of that has flipped. Now no superpower wants to touch your country because all they can win is a bill. China is in the W.T.O., so it is much harder to compete in low-wage industries. Populations have exploded. Climate change is hammering small-scale farmers, so they are leaving their lands for the cities and beyond — and everyone has a smartphone to complain or find a human trafficker to be smuggled north.