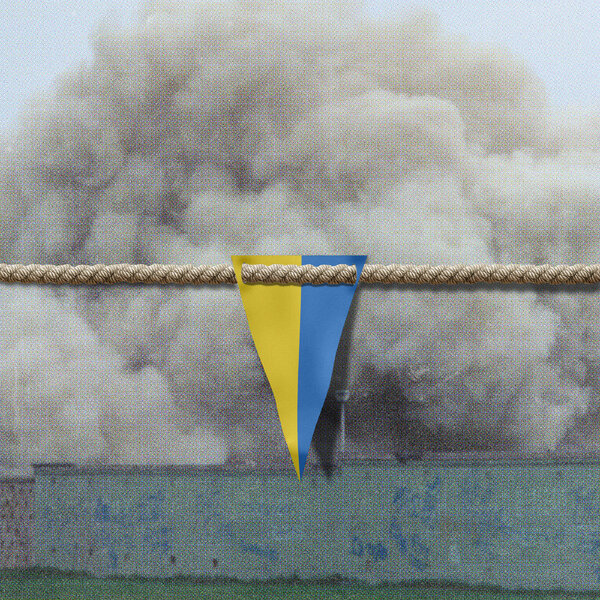 Credit where credit is due: Make America Great Again was a brilliant slogan, precisely because nobody knew what it meant. Was it about bringing back jobs in manufacturing? Was it about restoring straight, white, Christian men to what some of them thought was their natural position of social dominance? MAGA became all-purpose code for reversing whatever was bugging you about 21st-century America.

And one important strain of MAGAism was and is the belief that wokeness is making America militarily weak. Back in 2021 Senator Ted Cruz famously shared a video comparing Russian military ads, which feature manly men doing manly things, with a U.S. ad telling the story of a female recruit raised by two mothers. “Perhaps a weak, emasculated military is not the best idea,” Cruz declared.

Remarkably, the idea that wokeness makes us weak has persisted despite the failures of the decidedly un-woke Russian military in Ukraine. Senator Tom Cotton, who has published a book titled “Only the Strong: Reversing the Left’s Plot to Sabotage American Power,” recently declared that “soldiers join the army to kill the bad guys — not to learn to speak like they’re in a faculty lounge.”

OK, there are so many things wrong with this worldview that it’s hard to know where to begin. National power in the modern world has far more to do with economic strength than it does with military might and also reflects “soft power” — the influence of a country’s values and culture. Even when it comes to military prowess, modern wars don’t involve much hand-to-hand combat among guys with bulging muscles. What they involve, mainly, are strategic duels using long-range weapons, aided by a lot of technology. And winning such duels surely depends in part on having leadership that is smart and well informed — that is, an officer corps that has indeed learned to speak as if it’s in a faculty lounge.

I’m not saying that modern war is like a video game. If you need evidence both of that and of the importance of a smart, dedicated military, I’d recommend a recent depiction by Illia Ponomarenko of The Kyiv Independent of the brutal, terrifying fighting currently underway for Bakhmut. Courage and stamina are as important as they ever were. But bicep-flexing and bombast, not so much.

In that case, however, what does determine military power? Obviously, I’m not a defense expert. But I do know something about applied math — and contemporary wars are, to a large extent, about arithmetic.

Even before Putin’s invasion of Ukraine I was a fan of the military historian Phillips O’Brien, whose 2015 book about World War II, “How the War Was Won,” has a memorable opening sentence: “There were no decisive battles in World War II.” What he meant was that the conflict was mainly a war of attrition, in which no single battle did much to shift the balance of power, especially given the rate at which all the main players were producing new weapons until late in the game.

O’Brien was, as it happens, one of the few commentators to reject the idea that Russia could overrun Ukraine in a few days. He predicted, instead, that Russia-Ukraine would turn into a war of attrition — and that Ukraine stood a good chance of winning such a war.

Let’s look at a few numbers.

First, if you compare Russian and Ukrainian military budgets on the eve of the war, it’s not hard to see why many analysts expected a quick Russian victory:

But quick, decisive victories are harder to achieve than armchair generals imagine. Russia’s performance was crippled by what appears to have been a total failure to think things through, to appreciate how vulnerable strung-out columns of vehicles would be to hit-and-run attacks by defenders armed with modern antitank missiles. Maybe Putin’s generals should have spent more time in faculty lounges.

And here’s the thing: Once Ukraine had beaten off the initial attack and the invasion became a war of attrition, it also ceased to be a simple war between Russia and Ukraine. It’s true that on the Ukrainian side, Ukrainians are doing all the fighting and dying. But they haven’t had to rely on their own military-industrial base.

Thanks to a form of soft power — Ukraine’s ability to portray itself as the defender of democracy against a brutal tyrant — the country has been getting lots of weapons from the West. And when you take a wider view of these military resources, that picture of Russian dominance vanishes:

Furthermore, Russia’s military may be even weaker than that spending deficit suggests. On the one hand, NATO’s military technology — notably the ability to make precision strikes on targets from incredible distances — appears to be even further ahead than most people realized, and Ukraine has benefited from this via the exchange of equipment and intelligence with NATO countries.

On the other hand, the Ukrainians have shown an unexpected talent for “MacGyvering,” improvising effective military technology from civilian equipment.

But wait, there’s more. Again, one thing I learned from O’Brien is that modern wars burn through military equipment at an incredible pace. Russia began this war with a huge number of tanks and an immense amount of artillery. But many of the tanks were destroyed in the disastrous early attempt to seize Kyiv, and the Institute for the Study of War now believes that the Russians are “depleting their stocks of artillery ammunition” to the point where they “will struggle to continue their current pace of operations.” (To be fair, the Ukrainians, who still use a lot of Soviet-era artillery, are also having problems.)

What this means is that productive capacity — ultimately, economic power — tends to be decisive in a war of attrition. And Russia is just hugely outclassed by that measure:

All that said, this is, thankfully, not an overt war between Russia and the liberal-democratic West, in which the full force of these G.D.P. and military disparities would be in play. So it’s hard to see exactly how the conflict between Russia and Ukraine ends.

During World War II, Nazi military power didn’t really collapse until 1944, when Allied planes achieved air dominance over Germany and were able to destroy much of the country’s war-fighting capacity. Ukraine won’t be able to do that to Russia, nor can Russia do that to NATO, whose members will presumably continue to send supplies to Ukraine. So the brutal slogging match may continue for a very long time.

But this is, as I said, largely about math. And the arithmetic, incredibly, seems to favor Ukraine.