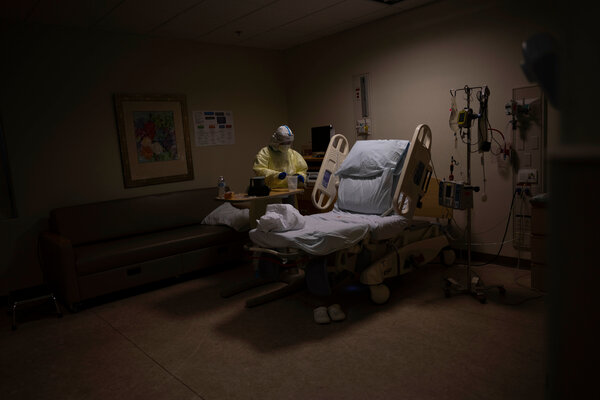 Ms. Renkl is a contributing Opinion writer who covers flora, fauna, politics and culture in the American South.

NASHVILLE — It’s hard for me to describe the utter rage that filled me when I opened my local newspaper last Tuesday and saw The Tennessean’s lead article: “Vaccinated Lose Access to Treatment,” the headline read. What new through-the-looking-glass madness was afoot in this Covid-beleaguered leadership vacuum?

“The Tennessee state government now recommends nearly all vaccinated residents be denied access to monoclonal antibody treatment in a new effort to preserve a limited supply of antibody drugs for those who remain most vulnerable to the virus, largely by their own choice,” wrote the reporter, Brett Kelman.

As a matter of public policy, this recommendation makes sense. This experimental treatment is in short supply, and all doses are needed for the people most likely to die from the infection. Those patients include the immunocompromised, whose condition limits the effectiveness of vaccines, and the unvaccinated, whose condition is harder to explain.

Much ink and many pixels have been expended in an effort to parse the possible reasons for people to refuse their best shot at surviving a virus that has already killed 680,000 Americans and left an uncountable number of others with lingering debilities. We know that there’s a difference, for example, between someone who is vaccine hesitant but open to persuasion, and someone who is dead set against any jab in the arm.

Many in the first group managed to overcome their hesitation when the Delta variant began its inexorable march to the sea, but the second group remains unmoved. Even now, only 45 percent of Tennesseans are fully vaccinated.