Readers disagree with a column by Bret Stephens that President Biden’s policies will cause the country’s decline. 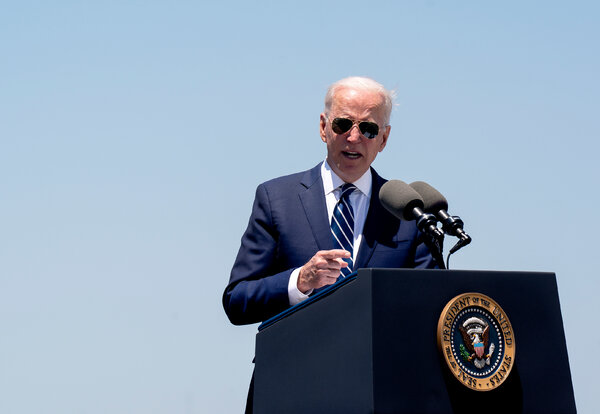 Re “The Permanent Decline Biden’s Plan Promises” (column, May 4):

Bret Stephens’s critique of President Biden’s proposals sounds much like the yearslong conservative jeremiad against the Affordable Care Act: “Repeal and Replace,” with not the faintest suggestion of an alternative plan.

Mr. Stephens does not contend that there is no need for upgrades to child care, education and health care in the United States, nor could he. There is a reason that the Biden plans have such popular appeal, even among Republican voters. They address the everyday needs that decades of obeisance to single-minded free-market economy ideologists have neglected.

This devotion to the almighty dollar may have produced tremendous wealth in this country, but that wealth has increasingly benefited a much smaller portion of our population.

So, much as the New Deal and the Great Society programs served as springboards for the tremendous growth in our national economy and the growth of a large, healthier and better educated middle class, President Biden’s American Jobs Plan and American Families Plan are the answers to this generation’s crying needs.

If Mr. Stephens has a better plan, let’s hear it. Pointing to the problems with programs in other countries doesn’t solve our problems.

Bret Stephens suggests that President Biden’s plan may transform America into a “place of permanent decline.” This speculative decline should be contrasted with the real declines Americans have experienced in life expectancy, relative standing of student achievement, civility and much more.

It is past time to address these real problems.

Quite simply, these government programs of the last 90 years have provided the fertile ground for growing the most productive capitalist, entrepreneurial society the world has ever seen. Taken together, they are investments in the human capital of our country.

Expanding all these programs is a very good idea.