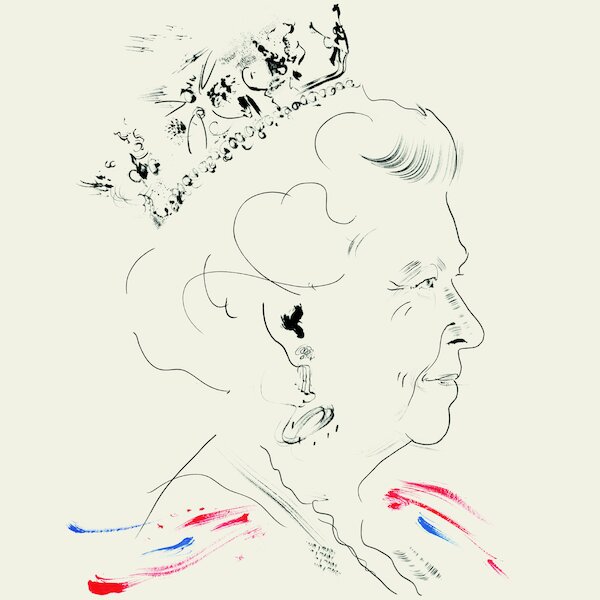 Why is Vladimir Putin failing to win his war in Ukraine? The answers multiply: hubris, corruption and incompetence on the Russian side; military valor, canny leadership and American munitions on the Ukrainian side.

But the death of Queen Elizabeth II and the wave of antique pageantry help illuminate one of the Russian president’s important weaknesses. He has been hobbled in his fight because his regime lacks the mystical quality we call legitimacy.

Legitimacy is not the same thing as power. It’s what enables power to be exercised effectively amid trials and transitions, setbacks and successions. It’s what grounds political authority even when that authority isn’t delivering prosperity and peace. It’s what rulers reach for when they call their societies to sacrifice.

In most of the world today there are only two solid foundations for legitimacy: the demos and the nation, democracy and national self-determination. The legitimacy that once attached to imperial rule has washed away, and likewise, outside of the Middle East and a few other places here and there, the legitimacy of hereditary monarchy. Alternative claims to legitimacy exist — the ideological authority invoked by the Beijing Politburo, the religious authority invoked by the mullahs in Tehran — but those claimants rely more on repression for power and survival.

The Elizabethan pageantry emphasizes this global reality because the House of Windsor is an exception that proves the rule. Like almost no other institution in the West outside the Vatican, the British monarchy has retained a pre-modern, pre-democratic legitimacy; in the outpouring of secular grief there was still a sense that the queen was somehow God-ordained to sit on the throne. But the royal family has kept that legitimacy by giving up all but a fraction of its personal power; it has legitimacy and little else.

In Moscow you have the contrast: personal political power, far greater than the power of King Charles III, that lacks deep legitimating structures. Putin is a pseudo-czar but not a real one, with no divine anointing or ancient oath. He claims some Russian-nationalist legitimacy, but his system is actually a polyglot imperium. He claims some democratic legitimacy by holding regular elections, but their results are neither fair nor free.

So all he has to really justify his power is success. Which he has delivered for most of his career — a Russia richer and more stable than in the years before he took the presidency, and a series of successful foreign policy gambits.

But now comes the test, the gambit that hasn’t delivered, the specter of defeat, and what does he have to fall back upon? Not the authority of a czar: He cannot mobilize the Russian people as feudal subjects, calling on them to treat imperial Russia’s grand projects as their own. Not the authority of a national leader in a struggle for self-determination: He is the invader; it’s Ukraine that’s fighting for a nation. And not the authority of a democratic leader: He cannot have his war policy vindicated in an election, as Abraham Lincoln did in 1864, because any election would be a masquerade.

In recent years, as authoritarian leaders have gained ground around the world and democracy has decayed, there’s been a fear that these figures have a stronger hand to play than the dictators of the past, because their authoritarianism is gentler and subtler, and also wrapped in the legitimating structures of elections.

But Putin’s predicament suggests that this subtler authoritarianism is weaker than its predecessors in a crisis. The 20th century’s totalitarian regimes often co-opted the rhetoric of democracy and nationalism, but at bottom they made their own unique (and dreadful) claims to legitimacy — the people’s republic, the rule of the master race. Putin, lacking any such foundation, cannot just be a proud imperialist or autocrat or revolutionary: He has to legitimize his ambitions in the frameworks of his Western enemies, with absurd results (Ukraine isn’t a real nation, Russia is liberating Ukraine from Nazis, the Russians are fighting for human rights).

There are parallels to the internal politics of the United States, where movements tempted toward authoritarianism nevertheless legitimate themselves in the familiar language of democracy. Thus Donald Trump has to claim that the will of the people was thwarted in 2020, not that he had a right to autocratic rule. Likewise, the push from the left to cancel or de-platform, to steer public opinion via censorship, tends to be justified in the name of “safeguarding democracy.”

This pattern doesn’t mean there aren’t authoritarian perils in our politics, anymore than Putin’s legitimacy problems make his invasion any less destructive. But it helps to see our crises clearly if you recognize that they’re still happening inside the lines of late modernity — that as Elizabeth II is laid to rest, nothing like her radically un-democratic legitimacy seems ready for rebirth.