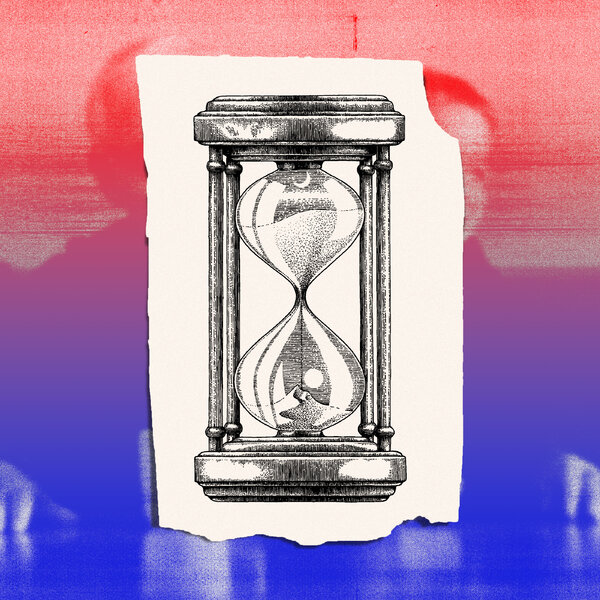 This isn’t an outlandish scenario. It already happened once. In 2011, after taking control of the House, Republicans sought to extort major cuts in the social safety net from the Obama administration — and they almost succeeded. In fact, President Barack Obama agreed to a rise in the age of Medicare eligibility, from 65 to 67. The deal fell through only because Republicans were unwilling to accept even modest tax increases as their part of the bargain.

This time around, the demands are likely to be even bigger. A report from the Republican Study Committee, which probably gives a good idea of where the G.O.P. will go, calls for upping the retirement age and the age of Medicare eligibility to 70.

The report justifies such a rise by pointing to the long-term increase in the number of years Americans can expect to live after age 65, which it calls a “miracle.”

What the report doesn’t note are two probably related caveats for this miracle. First, the increase in seniors’ life expectancy has actually been much smaller here than in other wealthy nations. Second, progress has been very uneven within America, with much bigger gains for groups with high socioeconomic status — precisely the people who need Medicare and Social Security the least — than for the less fortunate.

In the 2000s, as Democrats were nerving themselves up for another push on health care reform — a push that culminated in the Affordable Care Act — I would frequently encounter people who asserted, not having checked the numbers, that the United States had the world’s highest life expectancy. Not by a long shot. I don’t know how many people still believe that, but my sense is that relatively few Americans are aware just how badly we’ve fallen behind.

Much of America’s shortfall in life expectancy reflects factors that apply only or mainly to the nonelderly: high infant mortality, high rates of shootings and deaths in traffic accidents. Even among seniors, however, we have lagged ever further. Here’s a comparison of life expectancy at age 65 in the United States and France since 1980:

What explains older Americans’ tendency to die younger than their counterparts abroad? It’s not, for the most part, their inability to pay for health care in their later years. For now, at least, all Americans 65 or older are covered by Medicare, a universal, single-payer system, although it doesn’t cover everything, and many seniors still have trouble paying for medical necessities.

So what’s the problem? Inadequate health care earlier in life surely takes a toll, but more broadly, our high mortality probably reflects our society’s extreme inequality — not just in income but also in status, perceived economic opportunity and more. Americans on the losing side of high inequality have trouble affording health care and adequate nutrition; they are also, all too often, demoralized by their position, leading to deaths of despair and unhealthy lifestyles that take a toll over time.

That Republican report calling for Medicare and Social Security cuts mentions “inequality” just twice — both times in footnotes citing articles claiming that government antipoverty programs make poverty worse. That’s only to be expected: Conservatives tend to bristle at any mention of inequality and class, often denouncing anyone who even raises the issue as Marxist.

Yet progress in raising life expectancy has been extremely unequal among income groups. Here are widely cited estimates from Dana P. Goldman and Peter R. Orszag of likely life expectancy at 65 for American men born in 1928, 1960 and 1990, broken out by wage quartile — that is, which quarter of the wage distribution they were in while working. (The numbers for women are similar.)

Life expectancy has been rising much more for relatively affluent Americans than for the less well off.

It’s not necessarily income per se that is driving these disparities. To some extent, it could reflect other factors that are correlated with income, especially education. Anne Case and Angus Deaton, who famously pointed out the rise of deaths of despair, have shown that mortality for adults — surely including adults over 65 — has been rising for Americans without a college degree but not for those with one.

And there’s also a strong regional element. Woolf and Schoomaker show that overall life expectancy, probably reflected among seniors, too, has diverged between lagging heartland states and coastal states, part of a trend of rising regional disparities as the knowledge economy has favored large metropolitan areas with highly educated work forces.

The numbers in parentheses are each state’s rank in 1959, 1990 and 2016. The rise of New York is striking; so is the relative decline of Oklahoma and Kansas, both of which had higher life expectancy than New York as recently as 1990.

How does all this bear on Republican proposals to raise the retirement and Medicare eligibility ages? Because seniors’ life expectancy varies so much by class, an increase in the age of eligibility for major programs will take a much bigger bite out of retirement for Americans with low socioeconomic status, and correspondingly fewer years to collect benefits, than it will on those higher on the ladder.

And because disparities have been rising over time, the disproportionality of that effect has been rising, too.

Look back at the figure on life expectancies by quartile. According to these estimates, American men in the bottom quartile born in 1960 can expect to live only 1.9 more years after 65 than their counterparts born in 1928. That’s slightly less than the increase in the retirement age that has already taken place. And even men in that quartile born in 1990 are expected to have only 3.5 years more time after 65 than those born in 1928; meanwhile, Republicans are proposing a rise in the retirement age to 70, a five-year total increase, and an equal rise in the Medicare age.

One way to think about all of this, which is only a slight caricature, is that Republicans are telling janitors in Oklahoma that they can’t get benefits in their 60s — even though their life expectancy hasn’t gone up by much — because lawyers in New York are living longer.

It’s quite a position to take, and it would surely provoke a huge backlash — if voters knew about it, which most of them seem not to.