The Covid-19 pandemic exposed strengths in the nation’s health care system — one of the greatest being our awesome nurses. But it also exposed many weaknesses, foremost among them being chronic nurse understaffing in hospitals, nursing homes and schools.

More nurses died of job-related Covid-19 than any other type of health care worker. The more than 1,140 U.S. nurses who lost their lives in the first year of the pandemic knew the risks to themselves and their families. And yet they stayed in harm’s way. They cared for their fallen co-workers. They went to New York from around the country to fight on the front lines in the first Covid surge. Nurses from Northwell Health in New York returned that support by deploying to the Henry Ford Health System in Detroit in December when Covid surged there.

We celebrate nurses now. We call them heroes. But if we value their sacrifices and want them to be there when we need them, we must prevent a return to the poor prepandemic working conditions that led to high nurse burnout and turnover rates even before Covid.

As a nurse with extensive clinical experience in hospitals, I found it nearly impossible to guarantee safe, effective and humane care to my patients. And so I established the world’s leading research center on nursing outcomes to understand the causes of nurse understaffing in the United States and abroad and to find solutions to the problem.

The United States has a robust supply of nurses. And there is no evidence that recruits to nursing have been deterred by Covid. To the contrary, applications to nursing schools increased during the pandemic.

Death, Through a Nurse’s Eyes

A short film offering a firsthand perspective of the brutality of the pandemic inside a Covid-19 I.C.U. 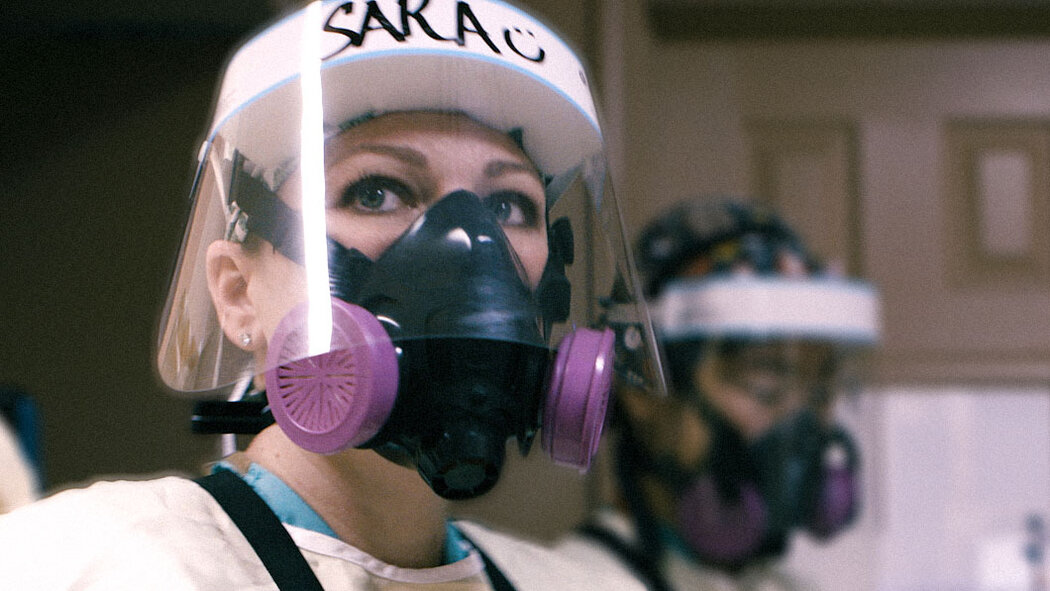 Nevertheless, we find ourselves too often with a shortage of nursing care. Many decades of research reveal two major reasons: First, poor working conditions, including not enough permanent employer-funded positions for nurses in hospitals, nursing homes and schools. And second, the failure of states to enact policies that establish and enforce safe nurse staffing; enable nurses to practice where they are needed, which is often across state borders; and modernize nurse licensing rules so that nurses can use their full education and expertise.

Ninety percent of the public in a recent Harris Poll agreed that hospitals and nursing homes should be required to meet safe nurse staffing standards. But powerful industry stakeholders such as hospital and nursing home organizations and often medical societies are strongly opposed and usually defeat legislation.

The New York State Legislature is the first in the postpandemic era to fail to approve proposed safe nurse staffing standards for hospitals. The bill didn’t pass, despite compelling evidence that the legislation would have resulted in more than 4,370 fewer deaths and saved over $720 million over a two-year study period through shorter hospital stays.

What are the solutions? While there are some actions the federal government could take, the states have most of the power because of their licensing authority over occupations and facilities. The hospital and nursing home industries have long failed to police their members to remove the risk of nurse understaffing. So states should set meaningful safe nurse staffing standards, following the example of California, where hospital nurses cannot care for more than five adult patients at a time outside of intensive care. State policies are tremendously influential in health care delivery and deserve greater public attention and advocacy, as they are also ripe for exploitation by special interests.

In states with restrictive nurse licensing rules, many governors used their emergency powers during Covid surges to waive restrictions. If they were not needed during a national medical emergency, why are they needed at all?

Still, the federal government has a role to play: It should require hospitals to report patient-to-nurse staffing ratios on the Medicare Hospital Compare website, because transparency motivates improvement. The federal government could incentivize the states to pass model nurse practice acts.

We need influential champions taking on special interests so that states will make policy changes that are in the public’s interest. AARP is using its clout to advocate nurse-friendly policies. But health insurers and companies such as CVS, Walgreens and Walmart that provide health care have been on the sidelines.

While we long to go back to pre-Covid life, going back to chronic nurse understaffing in hospitals, nursing homes and schools would be a big mistake. We owe nurses and ourselves better health care resources. The so-called nurse shortage has become an excuse for not doing more to make health care safe, effective and patient-centered. State legislators must do their job. Health care leaders must fund enough positions for nurses and create reasonable working conditions so that nurses will be there to care for us all.

Linda H. Aiken is a professor of nursing and sociology and the founding director of the Center for Health Outcomes and Policy Research at the University of Pennsylvania School of Nursing.

Opinion | The Afghan War Took an Awful Toll. I Would Still Serve Again.