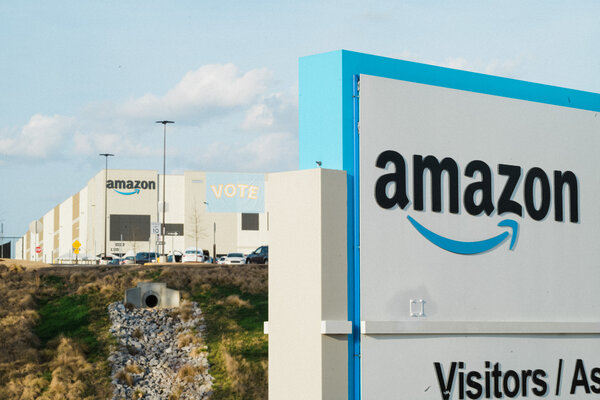 The union that was soundly defeated in its efforts to organize an Amazon warehouse in Alabama is seeking to overturn the results of the election, accusing the company of corrupting the voting process by intimidating and surveilling workers

On Monday, the Retail, Wholesale and Department Store Union filed objections to the election with the National Labor Relations Board, which oversaw the voting-by-mail process last month.

The union lost its bid to organize the warehouse by a more than 2-to-1 ratio. Many workers said that the union had failed to persuade them of the benefits of organizing and that they were largely satisfied with the pay, benefits and working conditions at Amazon.

In a statement on Monday, Amazon said: “Rather than accepting these employees’ choice, the union seems determined to continue misrepresenting the facts in order to drive its own agenda. We look forward to the next steps in the legal process.”

At the heart of the union’s complaint is a mailbox that Amazon installed in the warehouse parking lot where workers could drop off their ballots. The union said Amazon had brought in the collection box without approval from the labor board. The company also used video cameras that could monitor the workers who dropped off their ballots there and encouraged them to drop the ballots in the box rather than mail them from home, the union said.

The union said these actions by Amazon had “created the impression that the collection box was a polling location and that the employer had control over the conduct of the mail ballot election.”

The union also accused Amazon of other tactics that may have intimidated workers, such as hiring local police to patrol the parking lot area while organizers were outside and pulling possibly pro-union workers out of “captive audience” meetings that the company held to address the organizing drive among the staff.

The company “would request the employee to come forward, have them identified and then removed from the meeting in the presence of hundreds of other employees, thereby interfering with and/or chilling the right of employees to freely discuss issues related to the union organizing campaign,’’ the union said in its filing with the labor board.

The union has asked the labor board to hold a hearing on its petition to set aside the results. If the union is successful with its legal challenges, the labor board could order that another election be held.