Some 5,000 jobs in the steel industry are in the balance after Greensill Capital, one of the UK’s largest speciality finance companies, went into administration today.

Greensill, whose advisers include the former prime minister David Cameron, is a major provider of finance to Liberty Steel – the UK’s third largest steel company.

Liberty, which is part of the GFG Alliance controlled by the so-called “Saviour of Steel” Sanjeev Gupta, employs 3,000 people directly at 11 sites including Rotherham and Stocksbridge in south Yorkshire, Newport in South Wales and Hartlepool. It also supports at least 2,000 more jobs in the supply chain.

The site at Stocksbridge, where 762 people are employed, is said to be under the most immediate threat.

At a court hearing today, to pave the way for Greensill Capital’s administration, lawyers for the stricken company revealed that Greensill had an estimated $5bn worth of exposure to Mr Gupta’s GFG Alliance which, they said, are “currently experiencing financial difficulties”.

The Sunday Times reported at the weekend that Mr Gupta’s empire had stopped paying Greensill up to £100m per day since last Monday – suggesting that up to £500m was withheld last week alone.

Greensill’s collapse marks a spectacular fall from grace for a business that had described itself as one of the UK’s leading financial technology businesses.

The company was valued at £3.5bn at its most recent funding round, in October 2019, while it was reported only last month to be seeking a valuation of $7bn at its next fundraising exercise. 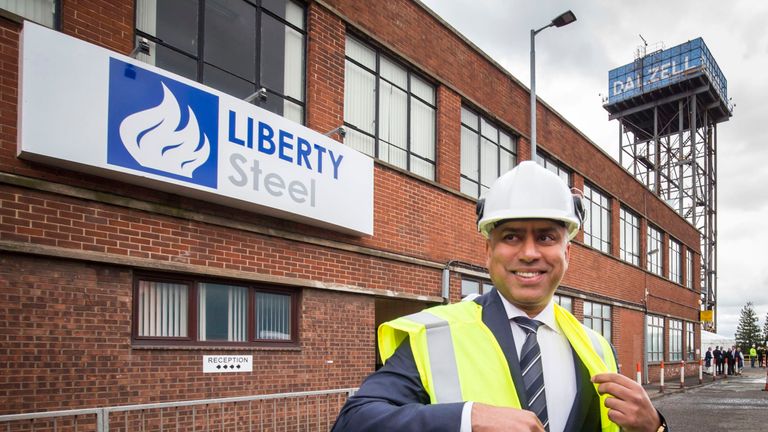 Its founder, Lex Greensill, was awarded the CBE in 2017, presented by Prince Charles, for services to the economy.

Apart from the steel industry, Greensill’s woes have also had implications for the UK’s fight against COVID-19.

The company was involved in a programme, launched when Mr Cameron was PM in 2012, to speed payments from the National Health Service to Britain’s pharmacies.

Pharmacies relying on the service to obtain payment from the NHS more quickly than they would do otherwise were last week paid directly by the Department for Health and Social care rather than by Greensill itself.

Greensill also owns a business called Earnd that has contracts with a number of NHS trusts and which enables nurses and other NHS staff to access their wages before pay-day.

While Greensill’s collapse represents a huge blow to the UK’s fintech sector, it is the immediate threat to jobs in the steel sector that is understood to be the main concern to government.

Kwasi Kwarteng, the business secretary, is reported to have held urgent talks with John Ferriman, the chief executive of Liberty Steel, at the weekend.

Liberty’s operations in Hartlepool were also identified as an important factor in the government’s decision, in last week’s budget, to award freeport status to Teesside.

A government spokesperson said: “The government has put together a far-reaching package of support to help businesses and workers through the coronavirus pandemic.

“We continue to regularly engage with businesses across all sectors, including those in the steel industry.” Lucy Powell, Labour’s shadow minister for business and consumers, said: “This is a deeply concerning situation and a very worrying time for Liberty Steel workers.

“It’s vital that the government acts with the urgency required and doesn’t wash their hands of the situation.

“As we’ve argued through the pandemic, the government should do more to support British steel and the UK manufacturers who are their customers.

“Instead they have been ignored, without even one reference in the budget, threatening jobs and weakening the foundations of our economy.”

Greensill’s shareholders, which include the Saudi-backed Japanese tech investor Softbank, are likely to be wiped out by the collapse.

Grant Thornton, which has been appointed administrators to Greenhill Capital’s UK arm, said tonight that they were “in continued discussion with an interested party in relation to the purchase of certain Greensill Capital assets”.

As Sky News reported recently, that interested party is Apollo, the US vulture fund.

It is not thought to be interested in buying the parts of Greensill that have involvement with Mr Gupta’s business. 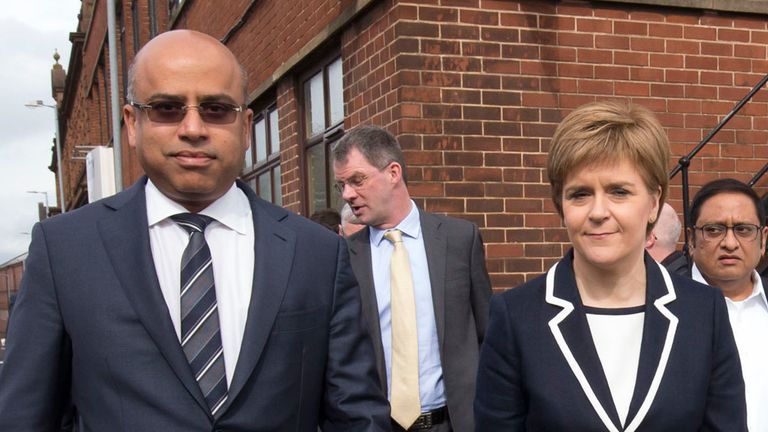 Also potentially losing out from the collapse could be the Scottish government.

Mr Gupta bought a hydroelectric station and aluminium smelter in Fort William in 2016 for £330m with the backing of a 25-year guarantee from the Scottish government.

The deal was accompanied by lavish promises from Mr Gupta – who has been photographed with Nicola Sturgeon, the Scottish first minister – to build a new aluminium wheel factory, creating 2,000 jobs by the end of last year.

Those jobs are yet to materialise.

A spokesperson for GFG Alliance said: “Our operations are running as normal and our core businesses continue to benefit from strong market conditions generating robust sales and cash flows.

“Our operational efficiency programme has improved profitability and we are making progress in our discussions with financial institutions that can help diversify our funding. We are keeping our employees up to date and will provide further updates as we deliver our plans.”

The company’s collapse is the latest chapter in what had appeared until now to be an inspiring rags to riches story.

Mr Greensill, whose stake in the company had made him and his brothers Peter and Andrew billionaires on paper, frequently told how he was inspired to set up the business based on the experience of his family’s watermelon and sugar cane farm in Bundaberg, Queensland. 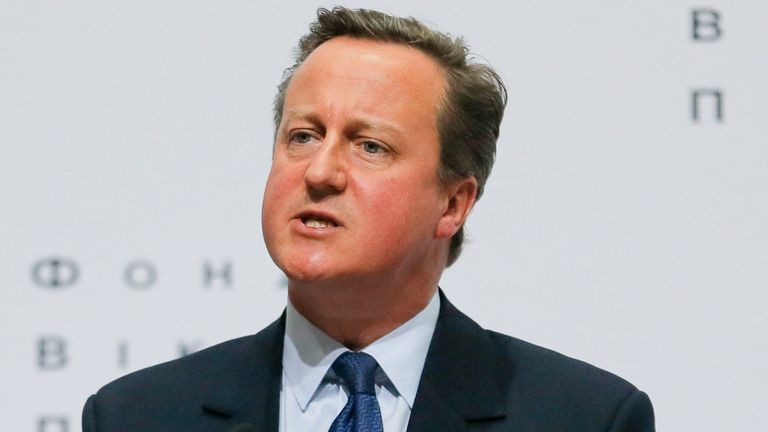 He recalled how his parents would often have to wait up to two years for payment for their crops.

Greensill’s business was centred on so-called ‘supply chain finance’ – enabling businesses to be paid more quickly by their customers than would otherwise be the case.

Mr Greensill, 44, relocated from Australia to the UK 20 years ago to enrol at business school.

He then worked for the US investment banking giants Morgan Stanley and Citibank.

His work in supply chain finance brought him to Mr Cameron’s attention and, when the latter was PM, Mr Greensill is reported to have had a desk at 10 Downing Street.

This was the precursor to the investment bank Credit Suisse suspending over $10bn worth of funds connected to Greensill.

The Wall Street Journal and others reported this was partly due to concerns over the company’s exposure to Mr Gupta.

This was shortly followed by BaFin, Germany’s banking watchdog, freezing activity at a Bremen-based bank owned by Greensill, as well as opening an audit of its books and filing a criminal complaint against the bank.