Manchester United fell into the red in the first three months of the year as the coronavirus pandemic cost the club an estimated £23m in revenues – with a further hit to come.

Lost broadcasting income after the Premier League shutdown in March was the main factor, while matchday takings also slid and the closure of the club’s Old Trafford megastore took its toll, too.

The 19% slump in overall revenue to £123.7m, added to the growing cost of servicing the club’s debt pile, helped send United to a loss of £22.8m loss for the third quarter to the end of March.

That compared to a profit of £7.7m for the same period a year ago. 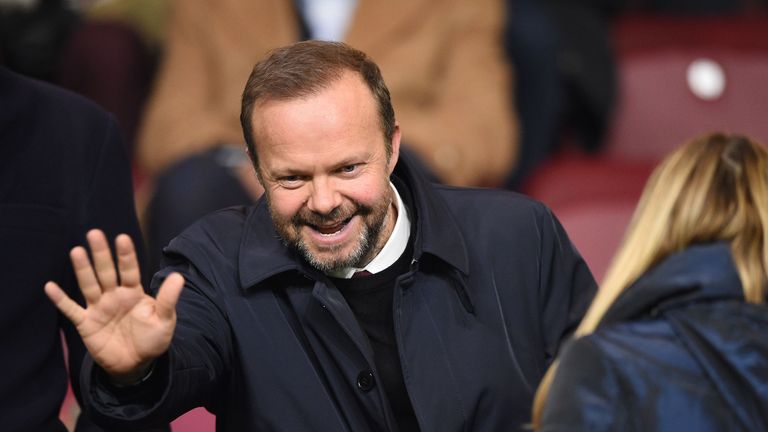 Chief financial officer Cliff Baty has said COVID-19 is estimated to have had a “negative impact of roughly £23m” on revenues for the quarter.

United have withdrawn their financial targets for the full financial year.

Executive vice chairman Ed Woodward said: “Our third-quarter results published today reflect a partial impact that the pandemic has had on the club, while clearly the greater impact will be in the current quarter and likely beyond.”

Mr Woodward acknowledged the uncertainty caused by “one of the most extraordinary testing periods in the 142-year history of Manchester United”.

But he said he was optimistic about the future – as England’s top clubs resume training this week with the aim of resuming matches behind closed doors in June.

Mr Woodward said the return of Germany’s Bundesliga last weekend was a sign of “strong, pent-up demand” for live football on television.

He added that he hoped all of United’s 2019-20 games could be completed by the end of August, and that next season could be started in time to end in May 2021.

United were in fifth place in the Premier League when football was halted in March.

Broadcasting revenue during the third quarter was more than halved to £26m – mainly due to a £15m rebate to TV companies after action was stopped.

That sum forms part of an overall £20m rebate that the club expects to have to make.

The lower broadcasting income was also in part due to the club failing to qualify for this season’s Champions League.

Figures published earlier this year by Deloitte ranked United as football’s third highest revenue-earning club – and showed it remained number one in England.