WASHINGTON (Reuters) – U.S. retail sales endured a second straight month of record declines in April as the novel coronavirus pandemic kept Americans at home, putting the economy on track for its biggest contraction in the second quarter since the Great Depression.

The deepening economic slump was underscored by other data on Friday that showed production at industries collapsed last month at its deepest pace in 101 years. The reports, combined with a historic 20.5 million job losses in April, buttressed Federal Reserve Chair Jerome Powell’s warning on Wednesday of an “extended period” of weak growth and stagnant incomes.

“This isn’t a recession, and it cannot even really be called a depression as the fall is so fast and swift that this downturn defies everything economists have seen in the last century,” said Chris Rupkey, chief economist at MUFG in New York. “It is sobering if not downright scary.”

Retail sales plunged 16.4% last month, the biggest decline since the government started tracking the series in 1992, with only online merchants reporting an increase in receipts, Commerce Department data showed.

That followed a 8.3% drop in March. Economists polled by Reuters had forecast retail sales would plummet 12.0% in April.

Retail sales crashed 21.6% on a year-on-year basis in April.

But with businesses around the country reopening as states and local governments ease travel restrictions, which were imposed in mid-March to slow the spread of COVID-19, the respiratory illness caused by the virus, April is likely the nadir for retail sales. A sharp rebound, however, is unlikely as establishments are operating well below capacity.

Many small businesses closed during the coronavirus fight are expected to shut down permanently, which could leave millions of people facing long-term unemployment. There are also fears a second wave of COVID-19 infections could keep consumers away from shopping malls.

“Given what we see in state-by-state restrictions, it’s reasonable to conjecture that April was the bottom for retail spending and May could see some modest increase in sales,” said Michael Feroli, chief U.S. economist at JPMorgan. “What’s more important, and more in doubt, is the vigor of any summertime recovery in consumer spending.”

A second report on Friday from the University of Michigan showed its consumer sentiment index rose in early May as some households received their share from the nearly $3 trillion fiscal package passed by Congress, and cheered price discounts and low interest rates. However, consumers’ perceptions of personal financial prospects for the year ahead continued to weaken, falling to the lowest level in almost six years. 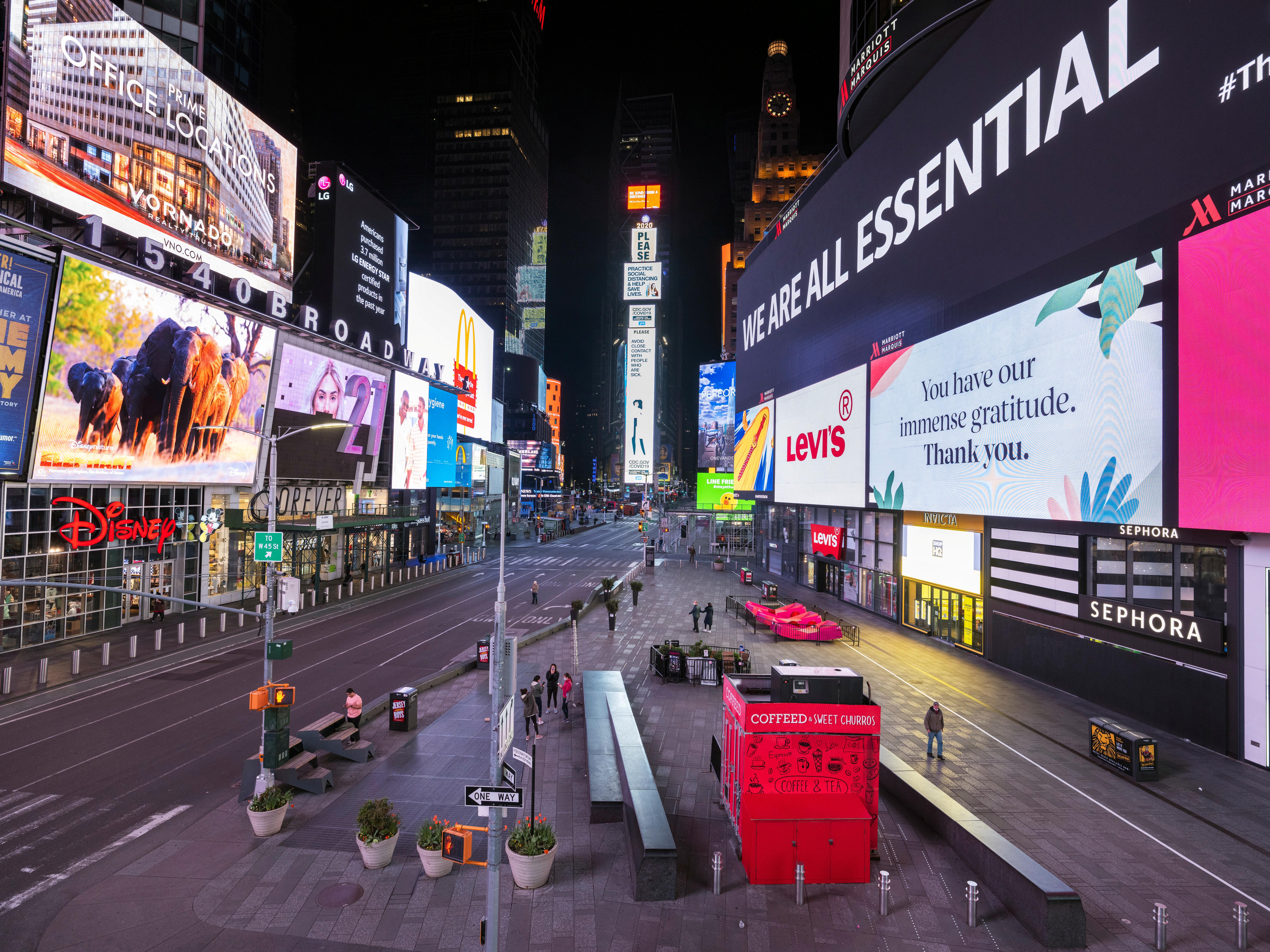 In a third report on Friday, the Fed said industrial production dropped by a historic 11.2% in April, pulled down by a record 13.7% dive in output at factories. That led capacity utilization, a measure of how fully firms are using their resources, to drop 8.3 percentage points to an all-time low of 64.9% last month.

The dismal economic data and fears of an escalation in trade hostilities between the United States and China hurt U.S. stocks. The dollar .DXY fell against a basket of currencies. U.S. Treasury prices were trading lower.

The broad decline in retail sales last month was led by light motor vehicle sales, which continued their downward spiral in April, leading to a 12.4% drop in receipts at car dealerships after a 25.7% plunge in March. Cheaper gasoline amid weak demand also depressed sales further at service stations.

Grocery store sales dropped 13.2%. Still, the sales level in April was the second-highest on record. The drop last month probably reflected shortages as the price of food consumed at home in April posted its largest increase since February 1974.

A scarcity of some goods because of bottlenecks in the supply chains likely accounted for a 3.5% drop in receipts at building material and garden equipment last month. Sales at sporting goods, hobby, musical instrument and book stores slumped 38.0%. Many retailers have reported being sold out of exercise equipment as people set up mini-gyms at home. 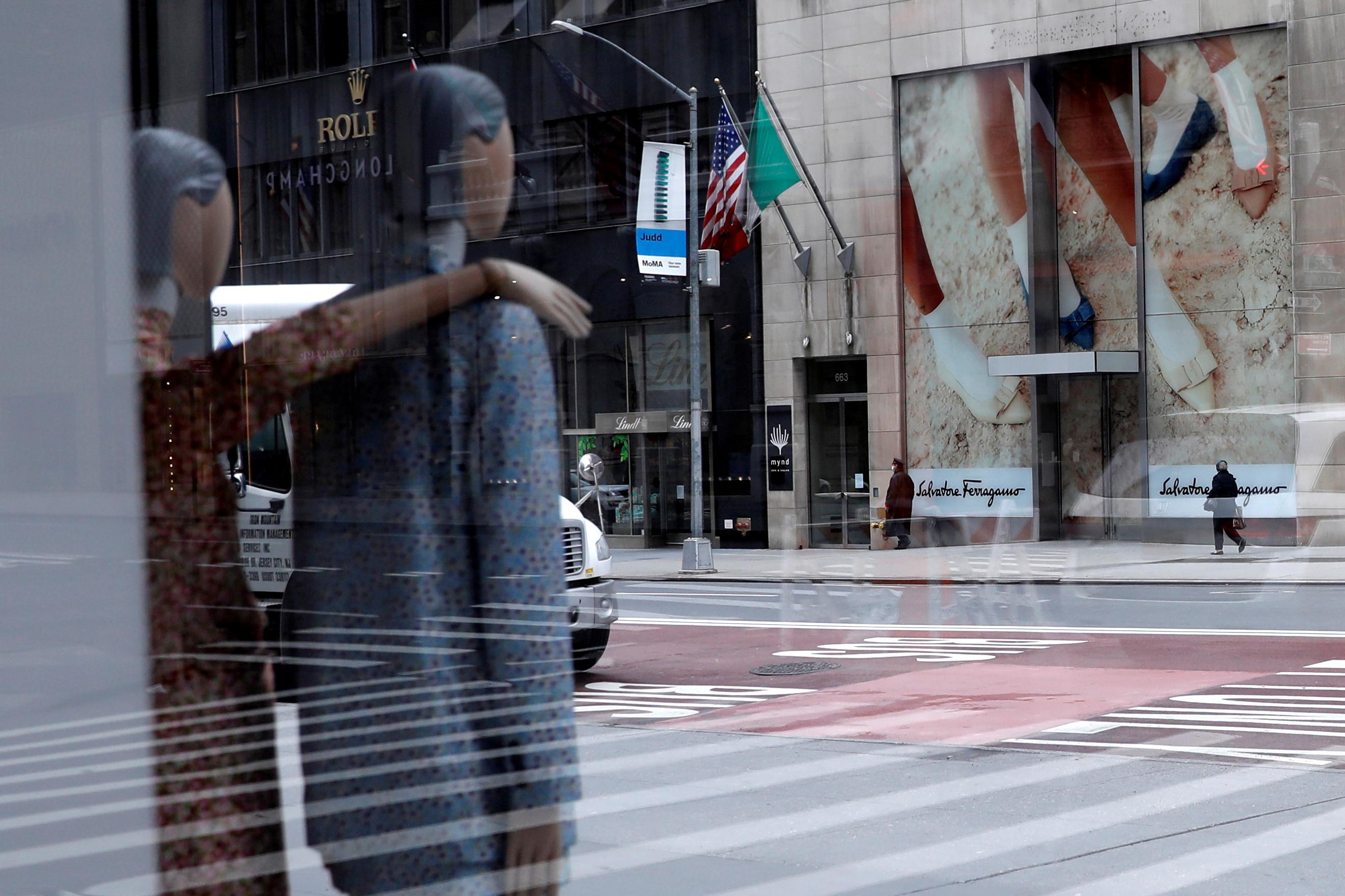 The dive in core retail sales in April left economists predicting a historic collapse in the rate of consumer spending of as much as 50% in the second quarter. Consumer spending, which accounts for more than two-thirds of U.S. economic activity, tumbled at a 7.6% annualized rate in the first quarter, the sharpest drop since the second quarter of 1980.

The economy contracted at a 4.8% rate in the January-March quarter. Output is expected to contract at as much as a 40% pace in the second quarter, the deepest since the 1930s.

“Given that household spending makes up two-thirds of the overall economy, real GDP in the second quarter will likely surpass even the worst quarter of the Great Depression,” said Gus Faucher, chief economist at PNC Financial in Pittsburg, Pennsylvania.