WASHINGTON (Reuters) – The U.S. economy contracted in the first quarter at its sharpest pace since the Great Recession as stringent measures to slow the spread of the novel coronavirus almost shut down the country, ending the longest expansion in the nation’s history.

The drop in gross domestic product (GDP) reported by the Commerce Department on Wednesday reflected a plunge in economic activity in the last two weeks of March, which saw millions of Americans seeking unemployment benefits. The rapid decline in GDP reinforced analysts’ predictions that the economy was already in a deep recession and left economists bracing for a record slump in output in the second quarter.

“If the economy fell this hard in the first quarter, with less than a month of pandemic lockdown for most states, don’t ask how far it will crater in the second quarter because it is going to be a complete disaster,” said Chris Rupkey, chief economist at MUFG in New York.

Gross domestic product declined at a 4.8% annualized rate last quarter, weighed down by a collapse in spending on healthcare as dentists’ offices closed and hospitals delayed elective surgeries and non-emergency visits to focus on patients suffering from COVID-19, the potentially lethal respiratory illness caused by the virus.

That was the steepest pace of contraction in GDP since the fourth quarter of 2008. Households also drastically cut back on purchases of motor vehicles, furniture, clothing and footwear. Receipts for transportation, hotel accommodation and restaurant services also plunged.

Businesses further tightened their purse strings and liquidated inventory, helping to overshadow positive news from a shrinking import bill, the housing market and more spending by the government. Economists polled by Reuters had forecast GDP falling at a 4.0% rate last quarter. The economy, which grew at a 2.1% rate in the fourth quarter, was in its 11th year of expansion, the longest on record.

The Commerce Department’s Bureau of Economic Analysis (BEA)said while it could not quantify the full effects of the pandemic, COVID-19 had partly contributed to the decline in GDP in the first quarter. The BEA said “stay-at-home” orders in March had “led to rapid changes in demand, as businesses and schools switched to remote work or canceled operations, and consumers canceled, restricted, or redirected their spending.”

Many factories and nonessential businesses like restaurants and other social venues were shuttered or operated below capacity amid nationwide lockdowns to control the spread of COVID-19. The sharp contraction in GDP, together with record unemployment, could pile pressure on states and local governments to reopen their economies.

It also deprives President Donald Trump of a success story to campaign around as he seeks re-election in November, and could ramp up criticism of the White House’s initial slow response to the pandemic. Confirmed U.S. COVID-19 infections have topped one million, according to a Johns Hopkins University tally.

Stocks on Wall Street shrugged off the GDP report, and were trading higher after Gilead Sciences said its experimental antiviral drug met the main goal of a trial testing it in COVID-19 patients. The dollar fell against a basket of currencies, while U.S. Treasury prices rose.

The U.S. Congress has approved a fiscal package of around $3 trillion and the Federal Reserve has cut interest rates to near zero and greatly expanded its role as banker of last resort, but economists say these measures are inadequate. Fed officials were wrapping up a two-day policy meeting on Wednesday. 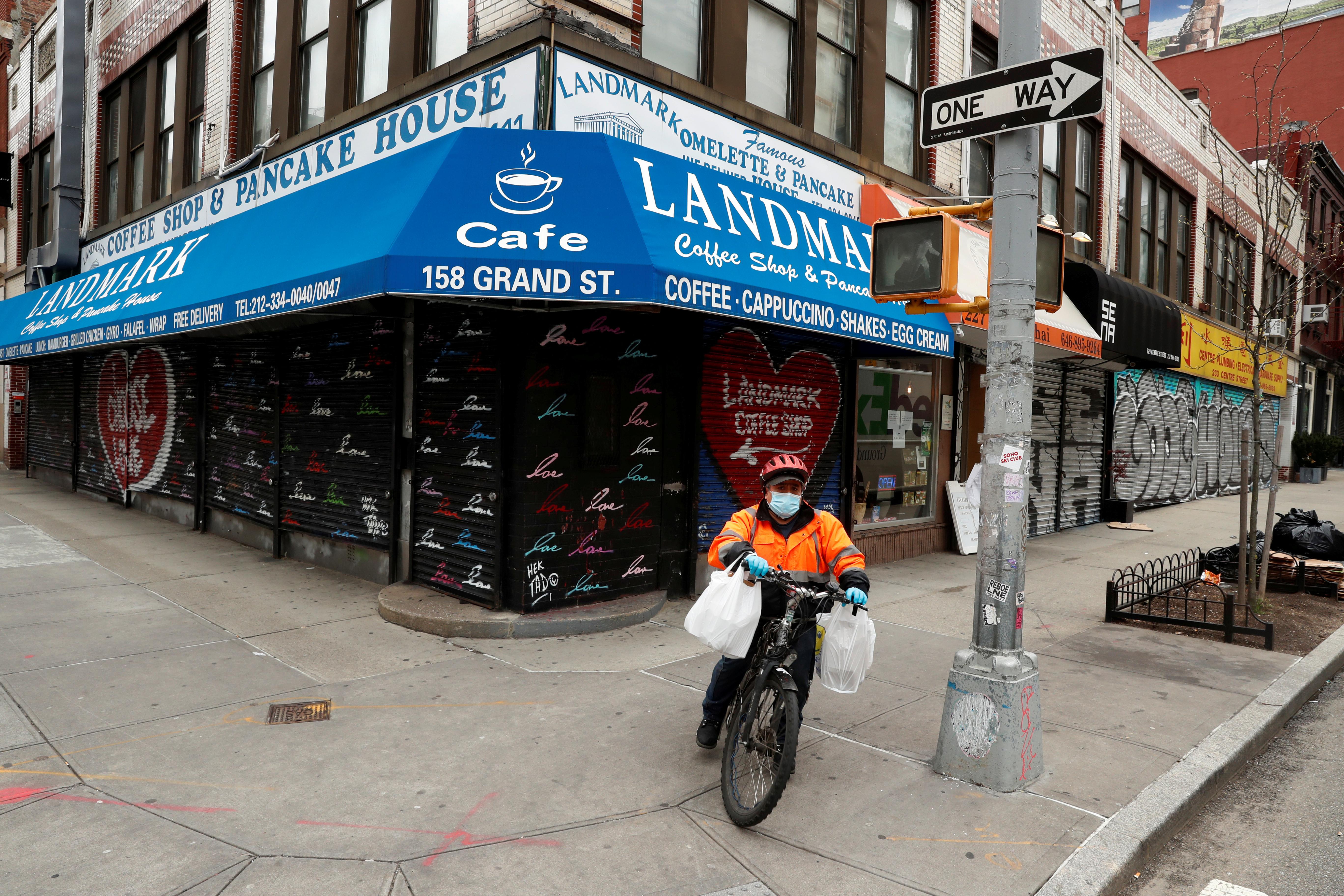 Economists also did not believe that reopening regional economies, as some states are now doing, would quickly return the broader economy to pre-pandemic levels, which they said would take years. Reopening the economy also involves the risk of a second wave of infections and further lockdowns.

Economists expect an even sharper contraction in GDP in the second quarter, with estimates for a drop as large as a 40% pace. They believe the economy entered recession in the second half of March when the social distancing measures took effect.

The National Bureau of Economic Research, the private research institute regarded as the arbiter of U.S. recessions, does not define a recession as two consecutive quarters of decline in real GDP, as is the rule of thumb in many countries. Instead, it looks for a drop in activity, spread across the economy and lasting more than a few months.

“The next few months will be extremely difficult for the U.S. economy, with a historic contraction in GDP in the second quarter,” said Gus Faucher, chief economist at PNC Financial in Pittsburgh, Pennsylvania. “If consumers and workers remain housebound into the third quarter, or if the pandemic fades and then re-emerges, the recession could last throughout 2020.”

Consumer spending, which accounts for more than two-thirds of U.S. economic activity, tumbled at a 7.6% rate in the first quarter, the sharpest drop since the second quarter of 1980, after growing at a 1.8% pace in the October-December period. Income at the disposal of households rose at a tepid 0.5% rate last quarter, slowing from a 1.6% pace in the fourth quarter. The saving rate surged to 9.6% from 7.6%.

Imports shrunk at a 15.3% rate, the largest decline since the second quarter of 2009, leading to a narrower trade deficit, which contributed 1.30 percentage points to GDP last quarter. But that meant no inventory was accumulated, with stocks at businesses decreasing at a $16.3 billion rate after increasing at a $13.1 billion pace in the fourth quarter. 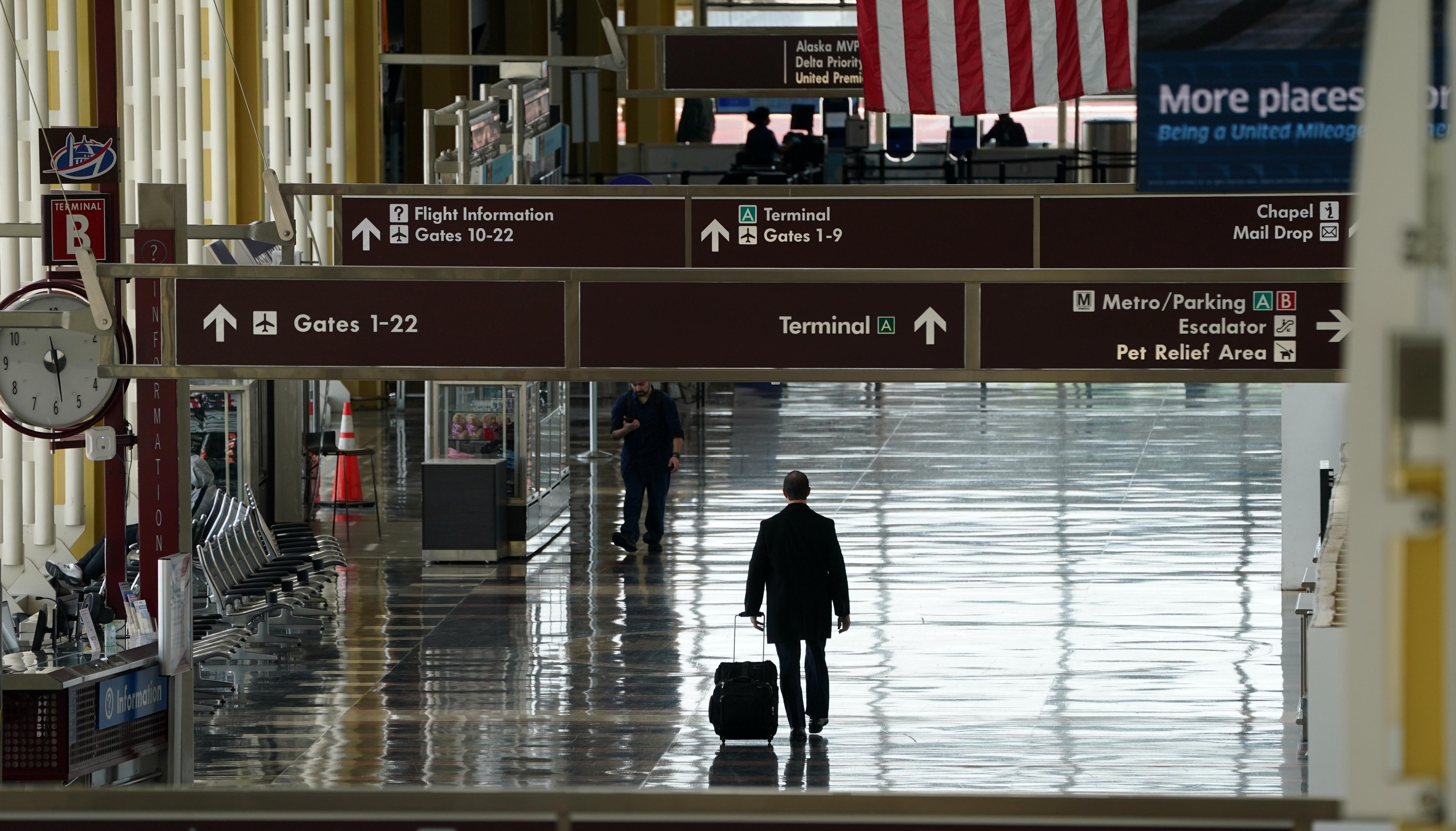 Business investment contracted at an 8.6% rate, the sharpest since the second quarter of 2009. That marked the fourth straight quarterly drop in investment and reflected declines in spending on equipment, particularly transportation.

Spending on nonresidential structures such as mining exploration, shafts and wells also tanked. Business investment was already pressured by the Trump administration’s trade war with China, cheaper oil and problems at Boeing.

Most economists have dismissed the idea of a quick and sharp rebound, or V-shaped recovery, arguing that many small businesses will disappear. They also predicted some of the about 26.5 million people who have filed for unemployment benefits since mid-March are unlikely to find jobs.

“The legacy of the crisis and the potential for long-term structural changes mean at best we currently think the lost output in first and second quarter won’t be fully regained until late 2022,” said James Knightley, chief international economist at ING in New York.