Fonio, a cereal grain imported from West Africa, was once relegated to the shelves of tiny grocery stores frequented by immigrants primarily from Senegal and Mali. But it has gradually made its way to Whole Foods, where pouches decorated with a painted map of Africa are nestled amid packages of rice and lentils, aimed at a broader range of American consumers.

The company was founded in 2017 by Philip Teverow, a food industry veteran, and Pierre Thiam, a chef from Senegal who grew up eating fonio. Mr. Thiam is confident that Americans would eat fonio, too, if they had better access to it.

But crucial to their effort to appeal to the average American consumer was the packaging. Innovative package design and brand identity are vital when selling unfamiliar foods to mainstream markets, industry experts say.

“People really do shop with their eyes,” said Chris Manca, a buyer at Whole Foods Market focusing on local products for the company’s stores in New York, New Jersey and Connecticut. “If your product doesn’t really jump off the shelf and catch your eye, it’s going to get overlooked.”

In 2019, 182,535 immigrant-owned food businesses, from manufacturing to restaurants, were operating in the United States, according to an analysis of the American Community Survey by the New American Economy, a research organization. Chinese and Mexican immigrants owned most, selling cuisines familiar to American palates. But entrepreneurs from countries like Guinea, Kazakhstan and Senegal are gaining a foothold with less well-known cuisines.

Marketing these foods in the United States has its challenges, like cultural identity and consumer perception. The savviest entrepreneurs work with designers and brand strategists to make their products more approachable.

One of the biggest hurdles is choosing visual clues — fonts, colors, illustrations and photographs — that channel a product’s physical or conceptual provenance. A brand identity that’s too sleek and polished might appear inauthentic and lose credibility. Yet folksy designs or a reliance on regional symbols can look cliché and dated.

Creating the right visuals is a “subtle balance,” said Paola Antonelli, senior curator of the department of architecture and design at the Museum of Modern Art. A new foreign food’s packaging must stimulate curiosity and radiate authenticity, “making you feel like there’s some sort of familiarity that maybe you had not yet discovered in yourself,” she said.

Cultural heritage is crucial for a new product, said Phil Lempert, a food industry analyst known as the Supermarket Guru. “You have to stand out,” he said, adding that there is a strong appetite for foreign cuisines and products, especially among younger generations: “They love to experiment with food.” 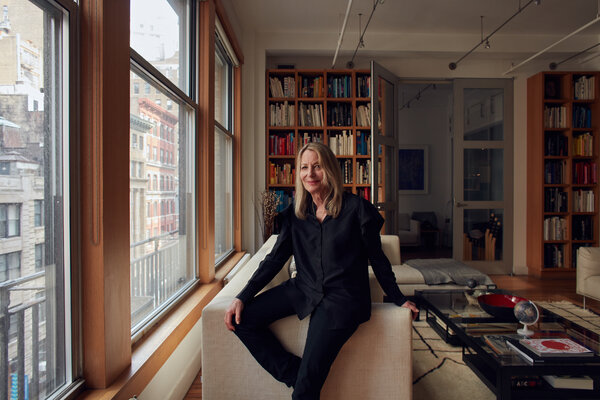 The global food industry has changed substantially over the past several decades, Mr. Lempert said. New foreign food brands today tend to celebrate their origins, whereas businesses just 10 years ago might have pushed to Americanize their products.

“There was a stigma there,” he said.

Supermarket distribution has also changed. “A lot of these smaller ethnic brands used to be distributed by ethnic food distributors,” Mr. Lempert said. “Now, these companies are going direct to the supermarket.”

Other strategies include posting on social media, especially Instagram, which is considered an effective, low-cost way to market products, and selling directly to consumers through websites and e-commerce marketplaces like Amazon.

But the key is often packaging. A designer’s ability tends to be a blend of creative thinking, diverse professional experience and wide travels. This often outweighs a shared nationality, ethnicity or culture; in fact, many entrepreneurs prefer working with designers from different backgrounds to better see their story through a fresh lens.

Mr. Thiam wanted to use Yolélé to claim fonio’s West African identity while avoiding labels like “exotic” and “ethnic.” He and Mr. Teverow approached Paula Scher, a partner at the design firm Pentagram, where Mr. Thiam already had connections because of his cookbooks. He said that he would have liked to use a designer of African descent, but that when he saw Ms. Scher’s map of Africa, it was “love at first sight.”

Using product names in foreign languages is a common hurdle for food business owners. To broaden the appeal of her classic Middle Eastern spice blends like hawaij, baharat and ras el hanout, Leetal Arazi, a co-founder of New York Shuk, worked with the graphic designer Ayal Zakin to craft a visual solution.

The labels feature elegant illustrations of the contents in each jar, like turmeric or chili peppers, balanced with a modern gold logo and a tiny stylized camel in silhouette.

“All of a sudden, you are less afraid and intimidated to pick it up,” said Ms. Arazi, whose products are sold at supermarkets like Whole Foods and specialty stores.

Mohammed and Rahim Diallo, brothers from Guinea, faced the same challenge for their intensely flavored gingery drink, Ginjan. The designer Ruen Ellis removed any mystery about the drink by listing the ingredients — ginger, pineapple, lemon, vanilla and anise — on the label below a circular logo that centers on a silhouette of Africa.

A straightforward or celebratory story that can bolster a brand’s identity isn’t always possible. Some immigrant founders have fraught relationships with their homelands, or history has convoluted their story.

Mr. Chukin had struggled with how to market quark, a creamy yogurtlike product popular in Germany. He grew up eating it in Kazakhstan, where the Soviets had brought it. “Here I am, a Kazakh guy, marketing a product I knew as a Russian one, as a German one to American consumers,” he said with a laugh. “It’s starting to work now.”

His quark is packaged in a yogurt cup with a clean, Nordic look, and Wünder Creamery’s annual earnings are about $1 million after growing 50 percent a year, he said.

Some immigrant entrepreneurs choose to have zero visual references to their food’s country of origin.

“What if we basically just remove the whole idea of being an ethnic food?” said Nigel Sielegar, a designer from Indonesia and the owner of Moon Man, minimalist Southeast Asia dessert stall in the cavernous basement below Essex Market on Manhattan’s Lower East Side.

Package design and brand identity might seem superfluous, even shallow, but they are often the needed prompt for customers to buy, said Dan Formosa, a design consultant.

“There is a expectation of what it’s about and a sense that it’s worth trying,” he said.