On a Monday evening in November, Dorri McWhorter, the chief executive of the Y.W.C.A. Metropolitan Chicago, got a phone call from a representative of the billionaire philanthropist MacKenzie Scott. The news was almost too good to be true: Her group would be receiving a $9 million gift.

Between the pandemic and the recession, it had been a difficult year for the Chicago Y.W.C.A., which runs a rape crisis hotline and provides counseling to women on jobs, mortgages and other issues. Money was tight. Ms. McWhorter shed tears of joy on the call.

Similar scenes were playing out at charities nationwide. Ms. Scott’s team recently sent out hundreds of out-of-the-blue emails to charities, notifying them of an incoming gift. Some of the messages were viewed as possible scams or landed in spam filters. Many of the gifts were the largest the charities had ever received. Ms. McWhorter was not the only recipient who cried.

All told, Ms. Scott — whose fortune comes from shares of Amazon that she got after her divorce last year from Jeff Bezos, the company’s founder — had given more than $4 billion to 384 groups, including 59 other Y.W.C.A. chapters.

“Women-led, Black women-led organizations tend to be at the very bottom of the pile for philanthropists,” Ms. McWhorter said. Ms. Scott “has a recognition that the organizations are doing the good work and let us be the stewards of those dollars.” 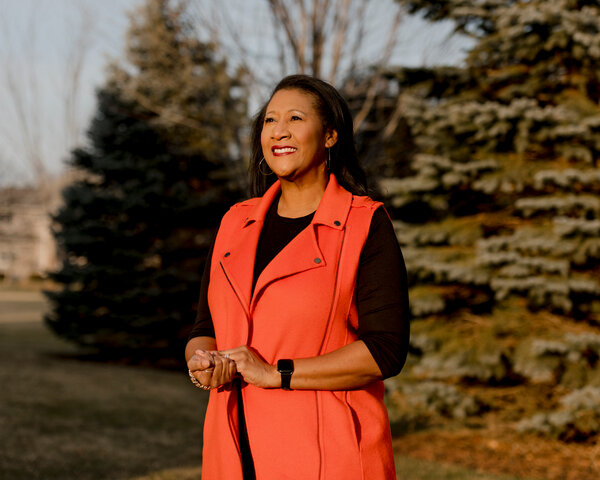 In the course of a few months, Ms. Scott has turned traditional philanthropy on its head. Whereas multibillion foundations like Bloomberg Philanthropies and the Bill and Melinda Gates Foundation have fancy headquarters, Ms. Scott’s operation has no known address — or even website. She refers to a “team of advisers” rather than a large dedicated staff.

By dispersing her money quickly and without much hoopla, Ms. Scott has pushed the focus away from the giver and onto the nonprofits she is trying to help. They are the types of organizations — historically Black colleges and universities, community colleges and groups that hand out food and pay off medical debts — that often fly beneath the radar of major foundations.

As she did in July when she announced donations of $1.7 billion to 116 organizations, Ms. Scott unveiled her latest round of philanthropy through a post on Medium.

She noted that she had made “unsolicited and unexpected gifts given with full trust and no strings attached.” Such strings are a mainstay of modern philanthropy: onerous grant proposals and nerve-racking site visits, followed by reports on the variety of performance benchmarks that charities are required to meet to keep the money flowing.

“Not only are nonprofits chronically underfunded, they are also chronically diverted from their work by fund-raising and by burdensome reporting requirements that donors often place on them,” Ms. Scott wrote.

“That mentality of trust is what we need in philanthropy,” said Katie Carter, chief executive of the Pride Foundation in Seattle, an L.G.B.T.Q.+ charity that received a $3 million donation.

Ms. Scott has moved away from “the heavy hand of the philanthropy in steering the direction of social change,” said Benjamin Soskis, a senior research associate in the Center on Nonprofits and Philanthropy at the Urban Institute. Many big-time donors, he said, “model themselves off of venture capitalism and take an extremely aggressive approach in terms of monitoring” the performance of grant recipients.

Experts on philanthropy said Ms. Scott’s nearly $6 billion in gifts might be among the most ever handed out directly to charities in a single year by a living donor (as opposed to a billionaire making a huge one-time gift to a foundation to be disbursed over decades). And rather than a few targeted donations, she gave broadly to hundreds of groups.

“She’s moved extraordinary sums out the door, quickly, in an anti-paternalistic way,” said Rob Reich, co-director of the Center on Philanthropy and Civil Society at Stanford.

Foundations are required by law to pay out at least 5 percent of their endowments a year. Many only barely meet that requirement, instead hoarding their cash and giving away less than the profits they earn through investments. That allows their endowments to keep growing and the foundations to survive in perpetuity, and some foundations argue that it allows them to take the time to make grants that will yield the best results.

But during a deep recession and an era of epic inequality, the traditional approach has fueled criticisms that foundations are more interested in preserving themselves than in helping those in desperate need.

Ms. Scott’s disbursement of $6 billion in about five months only accentuated the stodgy pace of her peers. It also distinguished her from her former husband, the richest man in the world. Mr. Bezos has made some big charitable commitments but has not made philanthropy a top priority.

Ms. Scott, who declined to comment, rocketed to public attention with the announcement nearly two years ago that she and Mr. Bezos were divorcing. As part of their split, she received 4 percent of the outstanding shares of Amazon. They were valued at the time at $38 billion. Today, they are worth about $62 billion, although it’s unclear how many of the shares Ms. Scott still holds.

Ms. Scott and Mr. Bezos met when they both worked at the hedge fund D.E. Shaw. She was behind the wheel when she and Mr. Bezos drove to Seattle to start an online bookstore named after a Brazilian river.

Ms. Scott is working on her giving with the Bridgespan Group, a nonprofit organization in Boston that advises charities and philanthropies, including those set up by Mr. Gates and Michael Bloomberg, as well as the Ford and Rockefeller foundations.

A spokeswoman for Bridgespan said that the group was “not in a position to share details about our client’s processes,” adding, “What we can say is that we feel very privileged to get to do this work.”

Ms. Scott described in her Medium post how her team used hundreds of emails and phone interviews and thousands of pages of data analysis to sift through 6,490 potential gift recipients. After “deeper research” into 822 of them, she and her advisers selected 384 groups to receive nearly $4.2 billion in funds.

“Usually you don’t have very large philanthropists wandering the landscape looking to drop millions of dollars very quietly into organizations that they care about,” said Adam Zimmerman, president and chief executive of Craft3, which gives loans to small businesses in Oregon and Washington and which received a $10 million gift from Ms. Scott. “The first email literally got stuck in my junk mail.”

Ms. Scott announced the names of groups that got gifts, but she didn’t disclose how much each received. And although Ms. Scott offered a list of nearly 400 organizations, she could well have given gifts to other groups.

If Ms. Scott was making her donations through a foundation, she would be required to publicly disclose the amounts and recipients of all gifts. But she is not using a foundation. Instead, at least some of her donations — including the gift to the Chicago Y.W.C.A. — were made through a Fidelity donor-advised fund. That fund will eventually disclose the groups that received money, but is not required to say who is behind each gift. Ms. Scott is under no obligation to publicly disclose anything about her giving.

“She has not been transparent either about the vehicles being used for philanthropy or about the process,” said Mr. Reich of Stanford’s Center on Philanthropy and Civil Society. “Power deserves scrutiny.”

But the criticism of Ms. Scott has tended to be more constructive than pointed.

“We’re in this very polarized time where there is tremendous, you could say obscene, wealth held among these very elite individuals,” said Elizabeth Dale, a professor specializing in philanthropy at Seattle University. “If their choice is to hold onto that wealth or give it away, I’m going to come down on the side of giving it away every time.”