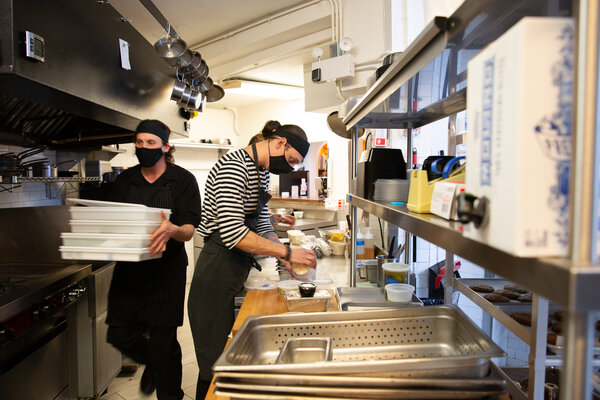 Job openings surged to record levels in April, the latest evidence that businesses are struggling to hire workers as the economy reopens.

U.S. employers had 9.3 million jobs available at the end of April, the Labor Department said Tuesday. That is the most in the two decades that records have been kept, and more than two million more than before the pandemic. Openings surged in recreation, food service and other sectors that are ramping up after a year of pandemic-related restrictions.

Hiring rose, too, but not by nearly as much, which is consistent with separate figures showing that net job growth slowed significantly in April. (Job growth picked up in May, but remains below March levels.)

Job openings and hires, in millions

Many businesses have reported in recent weeks that they would like to hire more quickly but cannot find enough workers. The data released Tuesday, the monthly Jobs and Labor Turnover Survey, provided some evidence of that shortage: There was roughly one unemployed worker for every available job in April. That is above the level before the pandemic, when there were fewer jobless workers than available jobs, but it represents a much faster rebound than after the last recession.

With plenty of jobs available, workers are feeling emboldened: Nearly four million people voluntarily quit their jobs in April, the most on record. The number was especially elevated in the leisure and hospitality sector, where many businesses have been offering signing bonuses and other incentives to lure workers.

“More than a year after horrific job losses and wage cuts, job seekers have a strong hand in the labor market again,” Nick Bunker, director of research for the hiring site Indeed, said in a statement. “Demand for workers is surging as the broader economy starts to emerge from the pandemic.”