In Perry County, Ky., the local government is cutting back on garbage pickup. Magoffin County is laying off public safety workers. And in Floyd County, where food pantries are reporting that demand has tripled over the past month, officials are trying to figure out how to avoid cuts to a program distributing food to families.

“A lot of these kids, this is the only meal they get in a day,” said Robert Williams, Floyd County’s judge-executive, the chief elected official. “I can’t ask a kid to sit on a computer all day with nothing to eat.”

In cases and deaths, Kentucky hasn’t been hit as hard by the coronavirus as some other states. Like most of the country, it has experienced a surge this fall, but one less severe than in neighboring Tennessee. Kentucky’s economy is reeling all the same, particularly in rural areas already struggling.

“We were in dire need of help economically to start with, before Covid,” said Matthew C. Wireman, the judge-executive of Magoffin County, an Appalachian county where the unemployment rate was 16.7 percent in October, one of the highest in the country.

The relief package passed by Congress this month and signed by President Trump on Sunday should provide help. The $600 payments to individuals, criticized by the president and many progressives as too small, would go a long way where the typical household earns less than $40,000 a year. So would the $300 weekly supplement to unemployment benefits. And the bill includes provisions meant to help rural areas, including subsidies for broadband infrastructure and help for small farmers.

But the aid would come over the objection of one of Kentucky’s Republican senators, Rand Paul, who was one of just six to vote against the package in the Senate, on the grounds that it amounted to handing out “free money.” And it would be smaller and later than it might otherwise have been because of the work of the state’s other senator, Mitch McConnell, who as majority leader fought to limit the package.

Mr. McConnell in particular worked to exclude broad-based aid to state and local governments — help that many local officials in his state say they desperately need.

A spokesman for Mr. McConnell, however, said the lawmaker had not been a hindrance and had helped lead the multitrillion-dollar federal response to the pandemic.

“The compromise bill is not perfect, but it will do an enormous amount of good for struggling Kentuckians and Americans across the country who need help now,” Mr. McConnell said in a statement Sunday evening.

Mr. Paul’s office did not respond to requests for comment.

Unemployment rates in some rural counties are in the double digits. Rates of hunger and poverty, high before the crisis, have soared. Kentucky has lost more than 20,000 state and local government jobs since February, and with budgets crippled by falling tax receipts, officials must choose between raising taxes and cutting services.

“It’s frustrating that our own senator won’t support local governments,” Mr. Wireman, a Democrat, said. “These are extraordinary times, and we need to be taking extraordinary measures on the national level from our federal government to help folks out.”

Like many rural areas across the country, Magoffin County depends heavily on the public sector. State and local government jobs account for nearly a third of all employment in the county, versus an eighth of all jobs nationally. Elliott County, two counties to the north, is even more reliant: Nearly two-thirds of all jobs are government jobs, including more than 200 at a state prison.

State and local governments also offer “good jobs” — stable, relatively well paid, with benefits — where the factories and coal mines that once served that role have often shut down. Cutting more jobs, Ms. Harrah said, will slow the recovery.

Kentucky’s economy has pockets of strength. Statewide, the unemployment rate was 5.6 percent in November, better than the national rate of 6.7 percent. The state’s central location has helped it become a logistics hub for UPS, DHL and Amazon, which have thrived during the pandemic boom in online shopping. Toyota and Ford have factories in Kentucky; they shut down early in the pandemic but have roared back to life to meet rising demand. 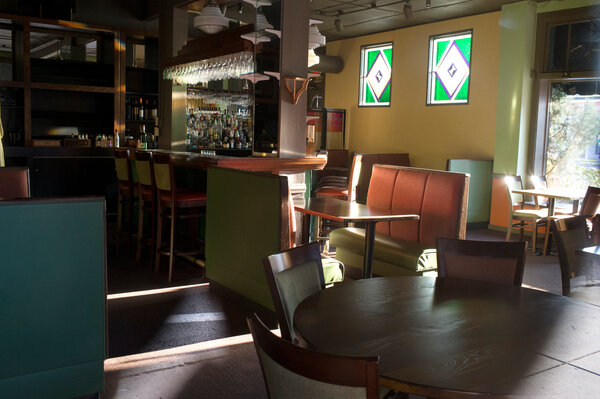 As in the country as a whole, however, the pandemic has further widened divides between rich and poor areas.

Louisville, the state’s largest city and economic engine, has suffered from the loss of tourism and entertainment, but industries less affected by the pandemic, like health care and professional services, have helped sustain its economy. That isn’t true in many rural areas, where there may be only a handful of major employers.

“In urban areas, if people start to spend money again, the fact of the matter is there will be other companies that will arise to take the place of those that have gone under,” Ms. Harrah said. In rural areas, “once those jobs are lost, it will be very difficult to replace them.”

Daryl Royse is trying to hold on. He is a co-owner of Heritage Kitchen, a comfort-food restaurant on Main Street in Whitesburg, a small city near the Virginia border.

Mr. Royse’s business survived the first wave of the pandemic with a loan from the federal Paycheck Protection Program and small grants from local groups. But that aid is gone, and the pandemic is hurting his business again.

Answers to Your Questions About the Stimulus Bill

The economic relief package, which President Trump signed on Sunday night, will issue payments of $600 and distribute a federal unemployment benefit of $300 for at least 10 weeks. Find more about the plan and what’s in it for you. For details on how to get assistance, check out our Hub for Help.