The BlackRock chief plans to pressure companies to do more to cut carbon emissions, using the weight of his firm’s $9 trillion in assets. 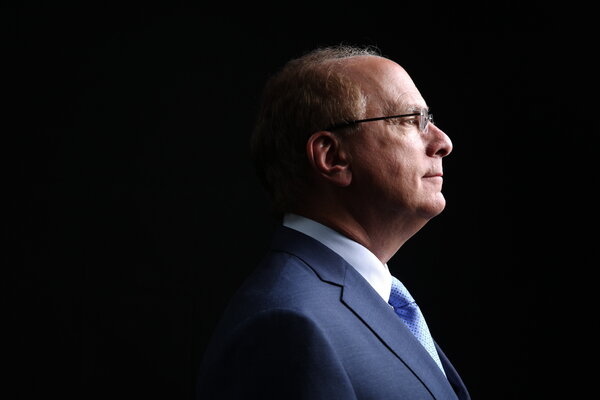 The BlackRock chief’s annual letter to C.E.O.s is going out this morning and Andrew has a copy, which he writes about in his latest column. Mr. Fink’s letter has driven the conversation inside corporate America’s boardrooms for years — such as his proclamation that companies must have a purpose beyond profit, which preceded the Business Roundtable’s statement on stakeholder capitalism, and his call for corporate climate disclosures, which was followed by a raft of climate pledges by companies.

Now, he’s pushing out the goal posts on climate action, asking companies to “disclose a plan for how their business model will be compatible with a net-zero economy.” He defines this as limiting global warming to 2 degrees Celsius above pre-industrial averages and eliminating net greenhouse gas emissions by 2050.

With nearly $9 trillion of investments, BlackRock has a lot of influence. Last year, the firm voted against 69 companies and against 64 directors for climate-related reasons, and it put 191 companies “on watch.”

This could have the same effect for investors as a calorie count on a menu for diners, a nudge toward making more informed choices. In the future, big public pension funds and other investors could have firms like BlackRock create custom indexes for them based on such data.

Critics say that Mr. Fink isn’t moving fast enough and still owns $85 billion of assets tied to coal. But much of that investment is in passive index funds that it can’t divest; the firm said it was working behind the scenes with coal companies to encourage them to adopt cleaner technologies.