Singapore may have leapfrogged many advanced cities, including Hong Kong, to be one of the most popular investment destinations for the rich and famous.

Over the past decade, efforts to build the country’s economic infrastructure and financial hub have raised its global profile and allure to wealthy investors.

Why does Singapore appeal to the super-wealthy?

And why are the ultra-rich buying luxury homes despite the economic uncertainties?

Luxury home sales have risen to a new high in more than 10 years.

According to the Urban Redevelopment Authority (URA) data, private home sales in the core central region (CCR) jumped by almost 25 per cent quarter on quarter in the second quarter of this year to 1,930 units, the strongest quarter since the last quarter in 2010 when 2,014 units were transacted.

They climbed by more than 4.5 times year on year.

In the first half of this year, almost 3,500 luxury homes were sold, surpassing the annual sales from 2018 to last year.

The landed housing segment has similarly seen a demand surge, with over 2,100 properties transacted islandwide in the first seven months of this year, almost triple the 780 transactions a year ago.

Of these condominium units, about 70 were super luxury homes above $10 million – one of them was a 611 sq m sprawling luxury apartment at Les Maisons Nassim that was sold for $39 million in May. 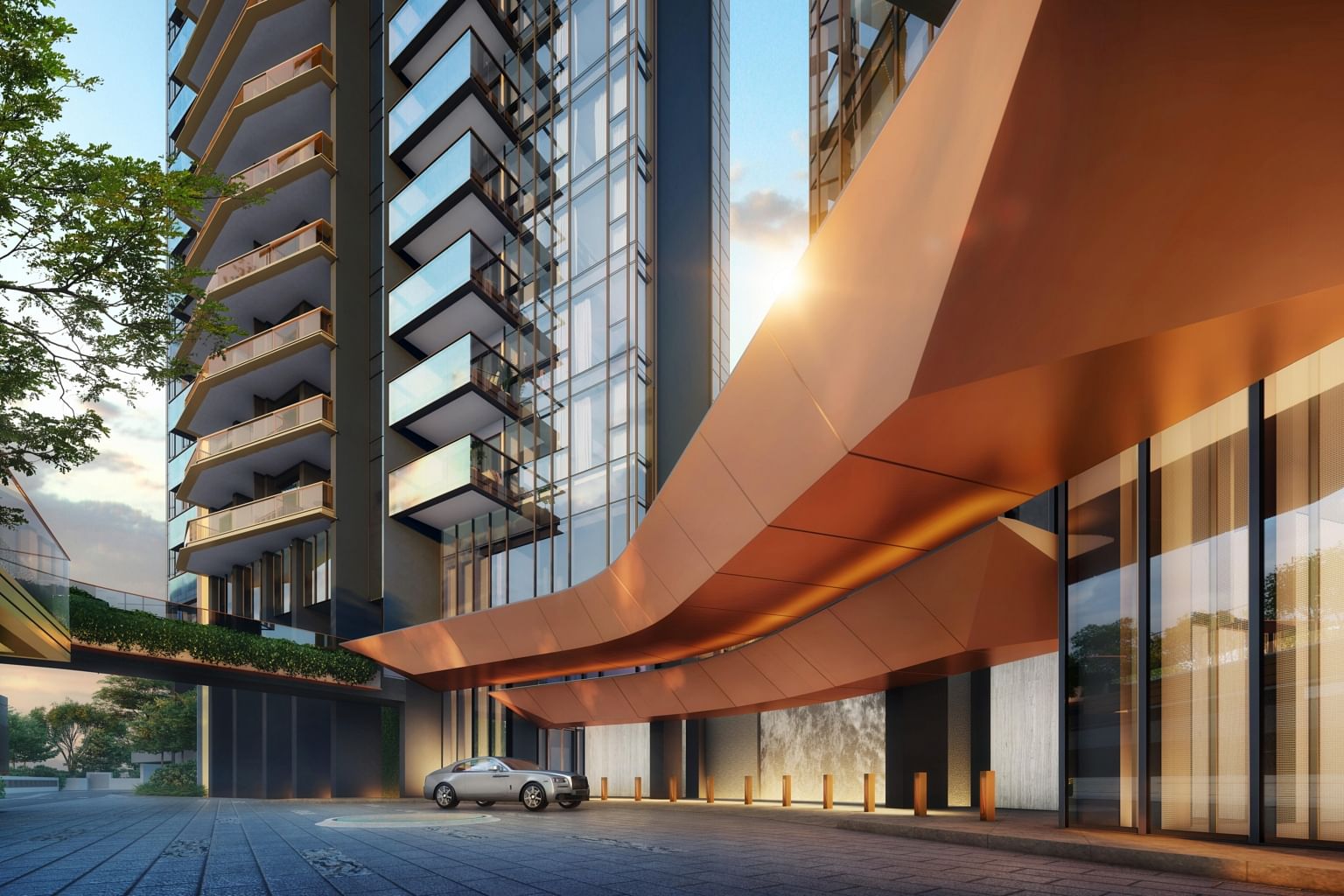 On a per square foot (psf) basis, the most expensive transaction was a 282 sq m resale condominium unit at Eden in Draycott Park, which changed hands for $6,024 psf in March.

In the secondary market, D’Leedon, 8 Saint Thomas and Marina One Residences were among the most popular resale projects in the CCR.

Who are buying luxury properties?

The real estate market has benefited against a backdrop of wealth creation and a surge in Asian wealth.

There are many new entrants to the luxury market, with budding entrepreneurs and individuals working in emerging industries like biomedical, fintech and Big Tech amassing vast fortunes.

Domestic buyers are becoming a dominant force in our luxury market as their market share is growing faster than the foreigners’.

In absolute numbers, foreigner purchases of luxury condominium units have similarly increased from 162 units to 254 units over the same period, indicating that foreign buyers are gradually streaming back despite the global lockdowns and higher stamp duties imposed in 2018.

The millionaire population has grown exponentially in Singapore to about 270,000 this year.

The rising incomes of many locals have raised their aspirations to own luxury properties.

Affluent families and wealthy millennials are moving up the ladder from their first purchase to owning premium homes.

The middle income is snagging a slice of the pie by purchasing smaller luxury units.

What is drawing wealthy investors?

The focus on capital preservation throughout the pandemic has driven many investors to divert their funds to real estate properties.

Ultra-high-net-worth individuals are enticed to buy properties in Singapore as our wealth, income and estate taxes are considered low by international standards.

Investors save on taxes too – capital gains are not taxed and the maximum personal income tax rate is just 22 per cent.

While our real estate market remains vulnerable to property curbs and economic headwinds, a confluence of factors like low crime rates, political stability, business friendliness and legal transparency has cushioned the downside risks.

Some consider Singapore a haven to deploy their capital or park their excess cash.

The intrinsic value of our properties is high and they enjoy attractive capital appreciation in the long run.

Based on the URA price index for condominiums in the CCR, prices grew 4.9 per cent over the past five years.

For those buying for rental income, the returns have also been favourable since landlords face little difficulty finding tenants in general, with our high occupancy rates of above 90 per cent.

The luxury market received another shot in the arm since more foreign investors and overseas businesses are turning their attention to Singapore as an alternative Asian financial centre to Hong Kong.

Due to the mounting uncertainties facing Hong Kong’s future, a growing number of multinational companies have deployed their resources and set up local branches or headquarters in Singapore.

That has led to an increase in buyers from Hong Kong and China purchasing homes here in recent months.

As more countries reopen their borders progressively, we can expect the number of wealthy international buyers entering the luxury market in Singapore to rise further, which will inevitably push up asset prices.

What properties are the super-rich buying?

Luxury home sales picked up in tandem with the rising number of launches in recent months.

As many as 18 upmarket condominiums have been launched from last year, providing a fine selection of luxurious apartments, waterfront villas, “sky bungalows” and super penthouses.

Recent luxury projects have pushed the boundaries of exclusivity and opulence.

Iconic developments like Riviere fronting the Singapore River and Perfect Ten in Bukit Timah offering panoramic views of lush greenery are few and far between.

It is also rare to find integrated developments in prime locations where the amalgamation of residential, commercial, retail and hotel components provides unparalleled convenience and easy access to amenities for residents.

The launch of well-conceived integrated developments like Midtown Modern, Midtown Bay, South Beach Residences and Marina One Residences attracted much fanfare. The upcoming launch of Canninghill Piers along the Singapore River (at the former Liang Court site) is also expected to draw strong interest.

Luxury homes at Boulevard 88, Klimt Cairnhill, Cuscaden Reserve, Cairnhill 16 and Nouvel 18 in the most upscale locale in Orchard Road are highly favoured by discerning investors.

Some of these launches are among the last tranche of “en bloc fever” homes from 2017.

New properties in prime locations, especially freehold or super luxury homes, are hard to come by.

Some may feel that if they were to miss the buying opportunity now, they may need to wait another eight to 10 years for the next collective-sale cycle to purchase such units.

We have also observed more investors purchasing homes in Novena and Orchard as a cluster of top hospitals equipped with state-of-the-art facilities and world-class diagnostics, treatment and rehabilitative services have drawn many medical tourists and wealthy individuals to relocate and seek treatment here.

The high-end market will benefit when the super-rich continue to emerge in Asia and more people disperse their wealth and assets overseas as new taxes will be imposed on the rich in some countries.

The Government’s moderate pace of land release and tight supply from collective sales will likely keep luxury homes in the prime locations attractive.

With Singapore’s economy rebounding strongly, we are expecting consumer confidence and luxury home sales to pick up further.

• The writer is senior vice-president of OrangeTee & Tie Research and Analytics.

These homes are built with big 3D printers

Revealed: The Super Funds biggest tech bets – and why its throwing in the towel in its Facebook fight