More than five million companies received loans under the federal government’s signature relief program for small businesses reeling from the pandemic, but a tiny fraction of those companies gobbled up vast sums of money, newly released data shows.

Detailed loan information released by the Small Business Administration late on Tuesday showed that about 600 businesses received loans of $10 million, the largest available under the $525 billion Paycheck Protection Program. And a mere 1 percent of borrowers received more than a quarter of the total amount of money disbursed — or around $143 billion in loans of $1.4 million and above.

The data is the first full accounting of how federal money was spent through the P.P.P., which offered struggling small companies (generally those with 500 or fewer workers) forgivable loans to help them retain workers and keep up with bills like rent and other expenses. The influx of money was a crucial stabilizing force for many businesses fighting to survive amid widespread shutdowns caused by the coronavirus pandemic. But the program has come under criticism for its poorly defined rules and the hasty and haphazard rollout that has allowed fraudsters to tap into the money.

Also included in the data were details of loans made under the Economic Injury Disaster Loan system, a longstanding S.B.A. program that was vastly expanded to offer relief to businesses affected by the pandemic. Together, the two programs spread more than $700 billion to struggling companies in just a few months.

The loan data was released under an order by Judge James E. Boasberg of the U.S. District Court in Washington, who rejected the S.B.A.’s request to keep the information confidential. Previously released P.P.P. data contained only ranges for larger loan amounts, and no information about loans under $150,000.

Calling the P.P.P. “vast in both size and sweep,” Judge Boasberg wrote in a ruling last month that “the weighty public interest in disclosure easily overcomes the far narrower privacy interest of borrowers who collectively received billions of taxpayer dollars in loans.”

The P.P.P. loans were intended to cover up to two months of payroll costs and a handful of other expenses, and can be forgiven if companies spent the money mostly on retaining workers.

The companies that received the maximum $10 million loan include dozens of restaurant chains including Black Angus Steakhouses, P.F. Chang’s, Legal Sea Foods and TGI Friday’s, which took advantage of an exception the restaurant industry lobbied for to make chains eligible for the aid money. 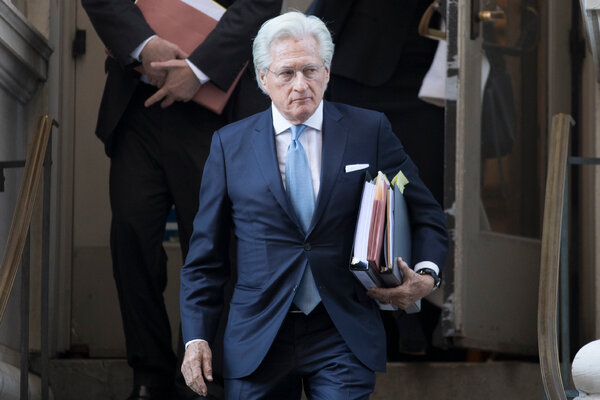 Prominent law firms like Boies Schiller Flexner, the high-priced firm run by David Boies, and Kasowitz Benson Torres, founded and run by President Trump’s longtime personal lawyer, Marc E. Kasowitz, also collected loans for $10 million. (It was previously known that both firms received large loans, but the exact amount had not been disclosed.)

Mr. Boies’s firm previously declined to comment on its loan; Mr. Kasowitz’s firm said the loan helped it preserve hundreds of jobs. Most of the program’s borrowers sought far less: Loans of $150,000 and under accounted for around 87 percent of the loans made through the program, which ended in August, when its congressional authorization expired. But those loans made up less than 30 percent of the total handed out, about $146 million.

The data also shows how inconsistently the S.B.A. disbursed money through the Economic Injury Disaster Loan, a still-running aid effort that offers companies and nonprofits low-interest loans directly from the government to help them rebuild their battered operations. The E.I.D.L. program (pronounced “idle”), is supposed to make loans of up to $2 million, but the S.B.A., concerned that it would run out of money, imposed various caps on the program, none of which were publicly disclosed to borrowers at the time.

Two organizations received loans in early April for more than $500,000, the cap the agency set on the program later that month. The Jewish Community Center in Stamford, Conn., received $900,000 and the CWC Group, an alternative medicine clinic in Bellevue, Wash., received $713,900, according to the S.B.A. data.

More than 8,000 organizations got loans for $500,000, a limit that was later lowered to $150,000, where it has remained since May. The E.I.D.L. program, has distributed 3.6 million loans, totaling $194 billion, since the coronavirus crisis began — far more than the program had given out in its entire 67-year history.

An S.B.A. spokesman said that the agency’s “historically successful Covid relief loan programs have helped millions of small businesses and tens of millions of American workers when they needed it most.”

The Paycheck Protection Program was hastily constructed in late March after Congress passed the $2 trillion CARES Act. The Treasury Department, which called most of the shots on the program, released technical guidance to banks just hours before lending began in April, and the terms shifted many times before the program ended in August. The Treasury Department has issued dozens of corrections and clarifications to its rules.

The rules initially required businesses to keep nearly all of their employees if they wished to have their loan forgiven, but Congress later softened the requirements to allow many businesses to have their loans eliminated even if they reduced their employee head count. While economists believe the program contributed to job retention in the pandemic’s early months, its effects faded as the money dried up.

An analysis by Gusto, a payroll provider for small companies, found that the chances a worker would lose their job at a company that took a P.P.P. loan increased by 25 percent during the week that the loan’s restrictions on job reductions ended. Gusto estimated that 232,000 jobs may have been eliminated as the restrictions expired.

“Once that requirement ends, the head count falls off a cliff,” said Luke Pardue, an economist at Gusto. “It was designed to be temporary relief, but what we find is that companies really emerged in no better shape. A lot of that is due to the fact that the economy is in no better shape.”

Discussions in Congress about further economic stimulus measures have included calls for a second round of P.P.P. loans, this time more narrowly targeted to the hardest-hit businesses. Around $130 billion remained unspent when the program expired in August.