CHICAGO (Reuters) – With the pandemic hobbling the meat-packing industry, Iowa farmer Al Van Beek had nowhere to ship his full-grown pigs to make room for the 7,500 piglets he expected from his breeding operation. The crisis forced a decision that still troubles him: He ordered his employees to give injections to the pregnant sows, one by one, that would cause them to abort their baby pigs. 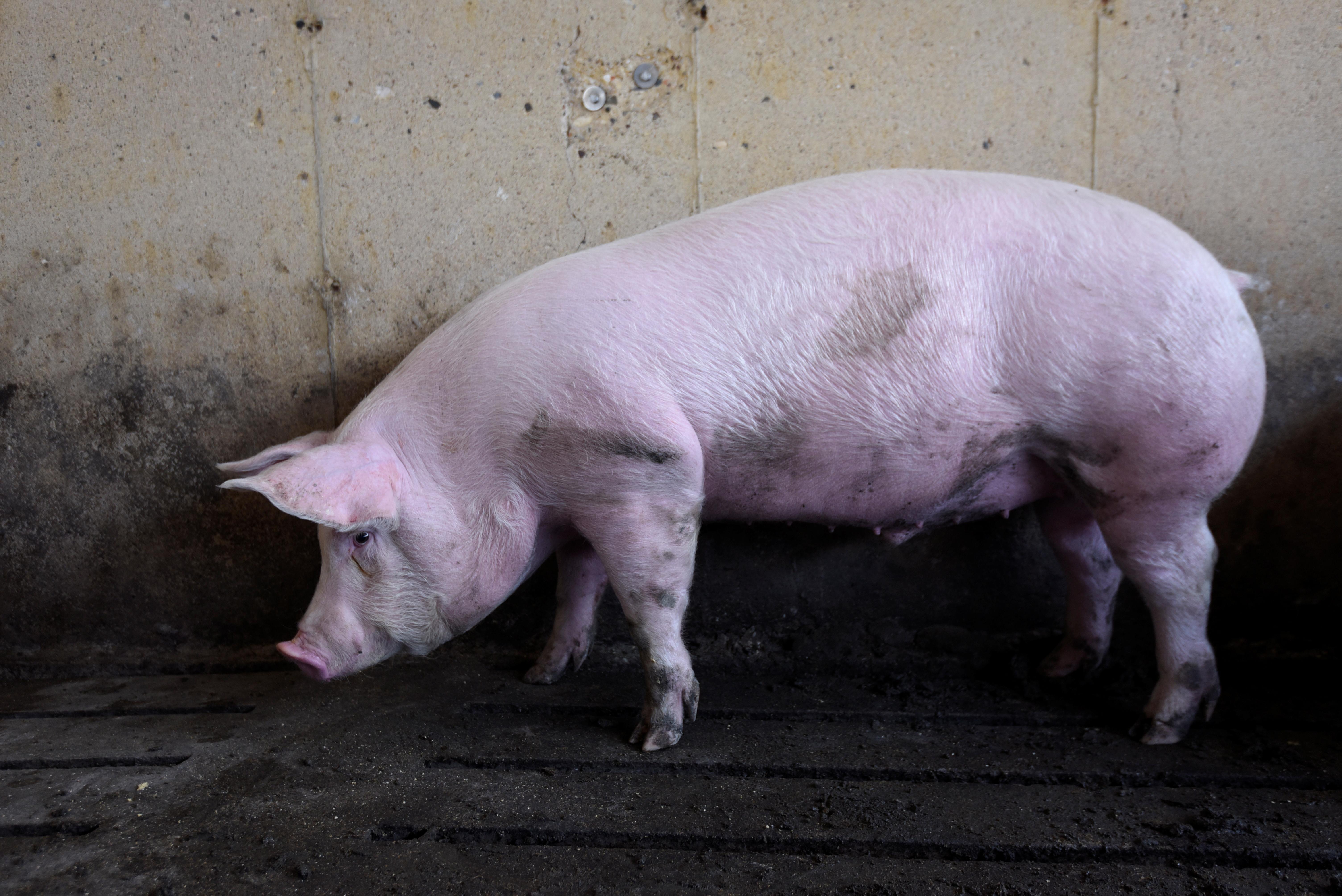 Van Beek and other farmers say they have no choice but to cull livestock as they run short on space to house their animals or money to feed them, or both. The world’s biggest meat companies – including Smithfield Foods Inc, Cargill Inc, JBS USA and Tyson Foods Inc – have halted operations at about 20 slaughterhouses and processing plants in North America since April as workers fall ill, stoking global fears of a meat shortage.

Van Beek’s piglets are victims of a sprawling food-industry crisis that began with the mass closure of restaurants – upending that sector’s supply chain, overwhelming storage and forcing farmers and processors to destroy everything from milk to salad greens to animals. Processors geared up to serve the food-service industry can’t immediately switch to supplying grocery stores.

Pork has been hit especially hard, with daily production cut by about a third. Unlike cattle, which can be housed outside on pasture, U.S. hogs are fattened up for slaughter inside temperature-controlled buildings. If they are housed too long, they can get too big and injure themselves. The barns need to be emptied out by sending adult hogs to slaughter before the arrival of new piglets from sows that were impregnated just before the pandemic.

“We have nowhere to go with the pigs,” said Van Beek, who lamented the waste of so much meat. “What are we going to do?”

In Minnesota, farmers Kerry and Barb Mergen felt their hearts pound when a crew from Daybreak Foods Inc arrived with carts and tanks of carbon dioxide to euthanize their 61,000 egg-laying hens earlier this month.

Daybreak Foods, based in Lake Mills, Wisconsin, supplies liquid eggs to restaurants and food-service companies. The company, which owns the birds, pays contract farmers like the Mergens to feed and care for them. Drivers normally load the eggs onto trucks and haul them to a plant in Big Lake, Minnesota, which uses them to make liquid eggs for restaurants and ready-to-serve dishes for food-service companies. But the plant’s operator, Cargill Inc, said it idled the facility because the pandemic reduced demand.

Daybreak Foods, which has about 14.5 million hens with contractor-run or company-owned farms in the Midwest, is trying to switch gears and ship eggs to grocery stores, said Chief Executive Officer William Rehm. But egg cartons are in shortage nationwide and the company now must grade each egg for size, he said.

Rehm declined to say how much of the company’s flock has been euthanized.

“We’re trying to balance our supply with our customers’ needs, and still keep everyone safe – including all of our people and all our hens,” Rehm said.

DUMPING HOGS IN A LANDFILL

In Iowa, farmer Dean Meyer said he is part of a group of about nine producers who are euthanizing the smallest 5% of their newly born pigs, or about 125 piglets a week. They will continue euthanizing animals until disruptions ease, and could increase the number of pigs killed each week, he said. The small bodies are composted and will become fertilizer. Meyer’s group is also killing mother hogs, or sows, to reduce their numbers, he said.

“Packers are backed up every day, more and more,” said Meyer.

As the United States faces a possible food shortage, and supermarkets and food banks are struggling to meet demand, the forced slaughters are becoming more widespread across the country, according to agricultural economists, farm trade groups and federal lawmakers who are hearing from farmer constituents.

Iowa Governor Kim Reynolds, along with both U.S. senators from a state that provides a third of the nation’s pork, sent a letter to the Trump administration pleading for financial help and assistance with culling animals and properly disposing of their carcasses.

“There are 700,000 pigs across the nation that cannot be processed each week and must be humanely euthanized,” said the April 27 letter.

The U.S. Department of Agriculture (USDA) said late Friday it is establishing a National Incident Coordination Center to help farmers find markets for their livestock, or euthanize and dispose of animals if necessary.

Some producers who breed livestock and sell baby pigs to farmers are now giving them away for free, farmers said, translating to a loss about $38 on each piglet, according to commodity firm Kerns & Associates.

Farmers in neighboring Canada are also killing animals they can’t sell or afford to feed. The value of Canadian isoweans – baby pigs – has fallen to zero because of U.S. processing plant disruptions, said Rick Bergmann, a Manitoba hog farmer and chair of the Canadian Pork Council. In Quebec alone, a backlog of 92,000 pigs waits for slaughter, said Quebec hog producer Rene Roy, an executive with the pork council.

A hog farm on Prince Edward Island in Canada euthanized 270-pound hogs that were ready for slaughter because there was no place to process them, Bergmann said. The animals were dumped in a landfill.

The latest economic disaster to befall the farm sector comes after years of extreme weather, sagging commodity prices and the Trump administration’s trade war with China and other key export markets. But it’s more than lost income. The pandemic barreling through farm towns has mired rural communities in despair, a potent mix of shame and grief.

Farmers take pride in the fact that their crops and animals are meant to feed people, especially in a crisis that has idled millions of workers and forced many to rely on food banks. Now, they’re destroying crops and killing animals for no purpose.

Farmers flinch when talking about killing off animals early or plowing crops into the ground, for fear of public wrath. Two Wisconsin dairy farmers, forced to dump milk by their buyers, told Reuters they recently received anonymous death threats.

“They say, ‘How dare you throw away food when so many people are hungry?’,” said one farmer, speaking on condition of anonymity. “They don’t know how farming works. This makes me sick, too.”

Even as livestock and crop prices plummet, prices for meat and eggs at grocery stores are up. The average retail price of eggs was up nearly 40% for the week ended April 18, compared to a year earlier, according to Nielsen data. Average retail fresh chicken prices were up 5.4%, while beef was up 5.8% and pork up 6.6%.

On Van Beek’s farm in Rock Valley, Iowa, one hog broke a leg because it grew too heavy while waiting to be slaughtered. He has delivered pigs to facilities that are still operating, but they are too full to take all of his animals.

Van Beek paid $2,000 to truck pigs about seven hours to a Smithfield plant in Illinois, more than quadruple the usual cost to haul them to a Sioux Falls, South Dakota, slaughterhouse that the company has closed indefinitely. He said Smithfield is supposed to pay the extra transportation costs under his contract. But the company is refusing to do so, claiming “force majeure” – that an extraordinary and unforeseeable event prevents it from fulfilling its agreement.

Smithfield, the world’s largest pork processor, declined to comment on whether it has refused to make contracted payments. It said the company is working with suppliers “to navigate these challenging and unprecedented times.”

Hog farmers nationwide will lose an estimated $5 billion, or $37 per head, for the rest of the year due to pandemic disruptions, according to the industry group National Pork Producers Council. 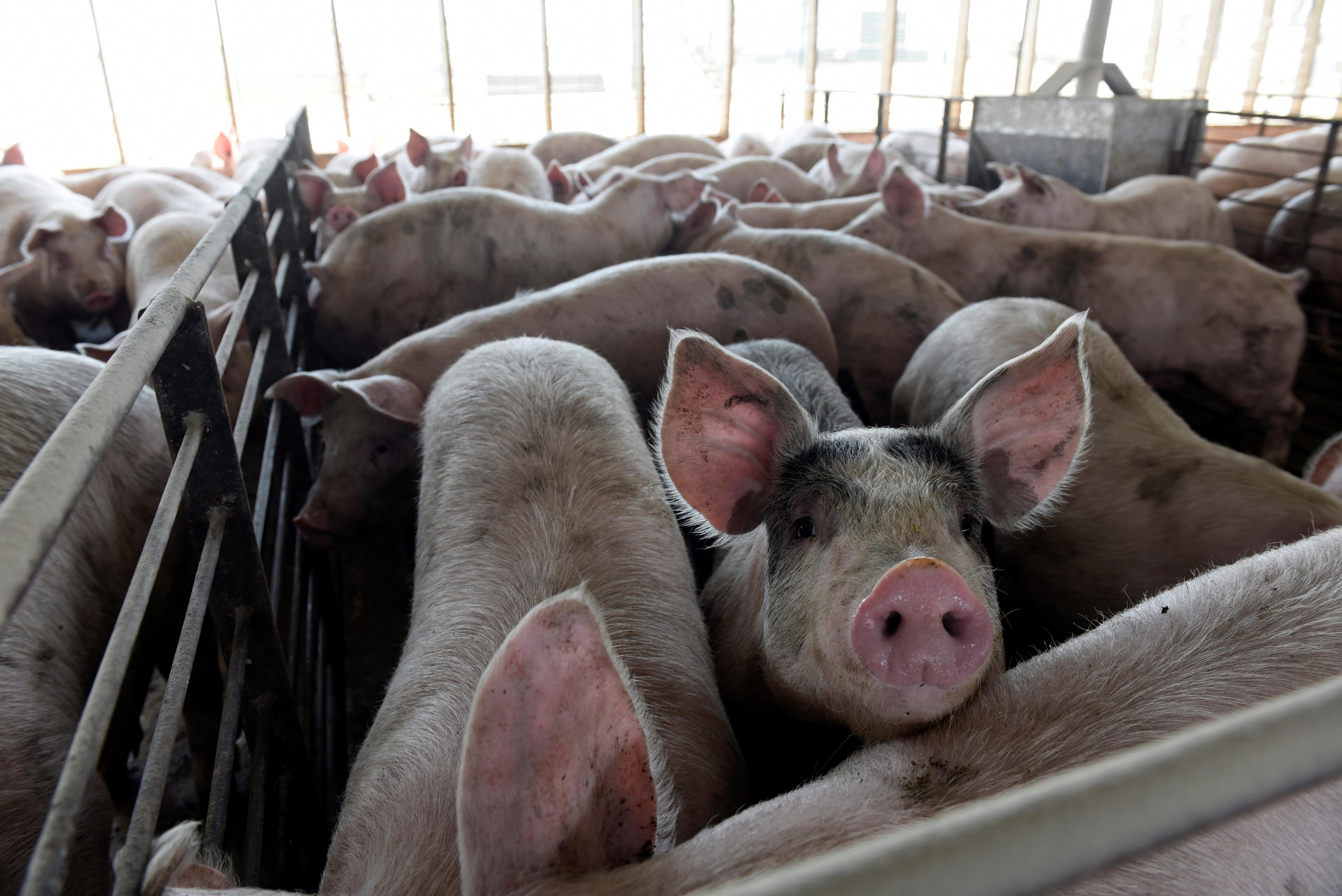 A recently announced $19 billion U.S. government coronavirus aid package for farmers will not pay for livestock that are culled, according to the American Farm Bureau Federation, the nation’s largest farmer trade group. The USDA said in a statement the payment program is still being developed and the agency has received more requests for assistance than it has money to handle.

Minnesota farmer Mike Patterson started feeding his pigs more soybean hulls – which fill animals’ stomachs but offer negligible nutritional value – to keep them from getting too large for their barns. He’s considering euthanizing them because he cannot find enough buyers after Smithfield indefinitely shut its massive Sioux Falls plant.