The pandemic wreaked havoc on summer camps last year, as they struggled to navigate conflicting guidance on how to keep campers safe. In many cases, it didn’t matter what the camps did: Most parents concluded that the only way to keep their children safe was to keep them at home.

But summer camp has taken on a different meaning this year, as many parents see it as an antidote to a school year when their children have been socially isolated and glued to a computer screen for much of the day.

And some, like Mona Patel, a corporate consultant and author, say they now look at summer camp in a different light, compared with before the pandemic.

“I was looking for something to just entertain my kids prior to 2019 — soccer camp, music camp, regular camp,” said Ms. Patel, who lives in Manhattan with her husband and sons, now 10 and 7. “Camp was a place to park my kids before Covid. I hate to say it, but it’s true.”

This summer, she said, her focus is on educational camps. Last year, her older son explored museums virtually through an online camp while her younger one built a virtual city.

“I was focused on their mental health,” Ms. Patel said. “I wanted something light and interesting to them where they would learn but not with a lot of rule following.”

Camps generally have an advantage over schools in coming up with ways to keep children healthy. They have far more space and programs geared toward being outdoors, naturally spreading out campers. Overnight camps can create bubbles with groups of campers and counselors.

“The best way to demonstrate the value of summertime learning like camp was to not have it for a summer,” said Tom Rosenberg, president and chief executive of the American Camp Association, an accrediting body and research organization on camps. Camp, he said, is “more kinetic and experiential,” adding that “kids have more time to be with their friends.”

“Covid really happened so suddenly at this time last year that states and the Centers for Disease Control didn’t issue guidance to operate quickly,” Mr. Rosenberg said. “A large proportion of camp parents intended to send their kids but didn’t because they weren’t comfortable.”

Nearly all camps made it through the last year with a combination of federal assistance, donations and bank loans. This year, many have reported that demand is back up to prepandemic levels, Mr. Rosenberg said, but are limiting spaces to make sure they comply with health protocols.

Jon Deren, co-owner and director of Camp Manitou, a sleep-away camp in Maine for boys, said he was able to operate last summer on a reduced schedule with fewer campers. He will continue to operate this summer with 90 percent of the campers but 100 percent of the staff to maintain Covid-19 safeguards. Spots for most age groups have been full since the fall, he said.

“Pre-Covid, camp was a lot about fun and getting outside and playing and all the activity,” Mr. Deren said. “As we’ve all worked through technology this past year, the importance of camp has been highlighted as being a tech-free place where kids can be happy. Parents want their kids to have fun, given the lack of fun and isolation their kids have had.”

The price for summer camps varies widely. The average for an independent nonprofit day camp is $413 a week, according to the camp association’s data. It’s $805 at a for-profit camp and roughly $300 for a national nonprofit camp, like the ones run by the Y.M.C.A. An overnight camp averages $1,962 a week for an independent nonprofit group, $1,468 for the for-profit version and $680 for those run by organizations like the Y.M.C.A.

In a report in February, the camp association, working with the University of Utah, found that the majority of parents whose children had participated in camp before the pandemic said their children had less physical activity last summer without the structure of camp. They were more apt to spend their days on the computer or watching television than playing outside.

The report also found that parents were willing to send their children back to day or overnight camp this year, even as vaccines are still being rolled out. They trust the protocols the camps have put in place to keep their children healthy.

“Parents want to assure themselves that camps are operating successfully in Covid-19,” said Mr. Rosenberg of the camp association. “They want to know if that camp is following the guidelines. Parents want camp directors to communicate more than usual.” 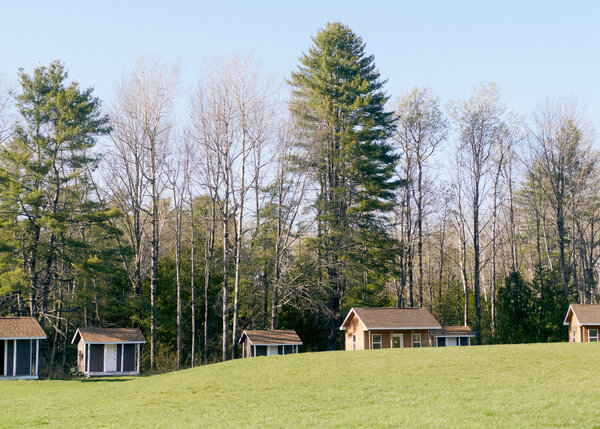 Jason Samuel, director of Day [email protected] J, a nonprofit camp run by the Jewish Community Center in Stamford, Conn., said the camp would operate for more weeks this summer than in past years.

“Because of the pandemic, we were forced to try new things,” Mr. Samuel said. “We pride ourselves on a great enrichment-style program. But we realize the kids also need group fun time to bond together.”

An eight-week session for members of the community center costs $4,360.

Some parents are torn between sending their children to the traditional summer camp or using the time to try to make up lost ground in school.

Antonio del Rosario, a real estate broker in New York and an Eagle Scout, had sent his two sons to Boy Scout camp in past years. It was canceled last summer, so he signed the older one up for online camp through the Ideal School in Manhattan, where he would be starting ninth grade in the fall.

“I was hesitant because it’s more school and it was on Zoom,” Mr. del Rosario said. “I wanted him to have a break.”

But his son ended up liking an academic camp, and this year he is doing both an in-person camp at the Ideal School and several scouting camps. “It changed my perspective,” Mr. del Rosario said. “You can have an educational summer camp and not make it like school. It can be fun, and it can be outdoors.”

The pandemic has also made academic camps intriguing to parents who had previously seen summer as a time away from school and for outdoor fun. (There has always been a set, of course, who push academics over everything else.)

Tiffany Sorya, chief executive of Novel Education Group, a tutoring company she founded in 2014, had resisted opening summer camps until last year. But after online school disappointed so many parents, requests for summer educational camp spiked.

She devised camps tailored to the interests of individual children or small groups, all online. She created a space-focused camp for one 6-year-old, a mystery science program for another child and the virtual city camp for Ms. Patel’s younger son.

“The camps are divided half and half between fundamental educational skills and passions,” Ms. Sorya said.

Ms. Patel said she planned to send her younger son to Novel Education’s online camp again this summer. It allows her family to leave the city and continue to work remotely. It also lets her sons try different camps. Her older son is doing an online filmmaking camp run by the Take Two Film Academy.

“Before, it was more about drop-off and pickup,” she said. “I think they’re going to be much better off now.”

Having tried online camps last year, some parents said they were looking forward to returning to some semblance of day and sleep-away camps that existed before the pandemic. Veronica Marton, director of client relations at Beech Hill Advisors, an investment adviser, put her 13-year-old daughter into online camp last summer, including one for writing.

“It didn’t stick,” Ms. Marton said. “She wasn’t even participating. She was doing an extra tab on her laptop and gaming on Twitch,” the video game streaming platform.

This year, Ms. Marton wanted her daughter outside again. She has signed her up for soccer camp and a two-week sleep-away writing camp in the Poconos.

“She likes it because it combines writing with swimming, sailing and all that camp stuff,” Ms. Marton said. “The tech stuff is too much. I’m looking forward to getting her away and outside.”