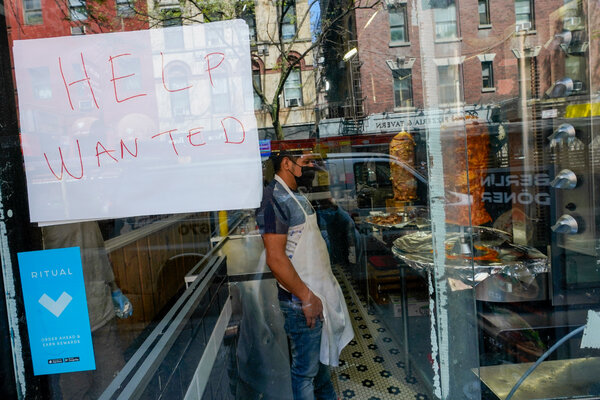 Texas, Indiana and Oklahoma this week joined the growing number of states that are withdrawing from federal pandemic-related unemployment benefits.

Supported by Republican governors and lawmakers as well as national and state chambers of commerce, the decision will eliminate the temporary $300-a-week supplement that unemployment recipients have been getting and will end benefits for freelancers, part-timers and those who have been unemployed for more than six months.

In Wisconsin, where the governor is a Democrat, Republicans in the Assembly and Senate have introduced legislation to end participation.

“The Texas economy is booming and employers are hiring in communities throughout the state,” Gov. Greg Abbott said in a news release. “According to the Texas Workforce Commission, the number of job openings in Texas is almost identical to the number of Texans who are receiving unemployment benefits.”

The moves will affect more than 3.4 million people in the 21 states, according to a calculation by Oxford Economics, a forecasting and analysis firm. Of those workers, 2.5 million currently on unemployment would lose benefits altogether, it said.

Although business owners and managers have complained that unemployment benefits are discouraging people from answering help-wanted ads, the evidence is mixed. Vaccination rates are picking up but less than half of adults are fully vaccinated. In surveys, people have cited continuing fear of infection. A lack of child care has also prevented many parents from returning to work full time.

Gov. Ned Lamont of Connecticut, a Democrat, said this week that his state would offer $1,000 bonuses to 10,000 workers who have experienced long-term unemployment and obtain new jobs. His state is not dropping the federal benefits.