Regulators and airlines fear more disruptive and violent behavior leading up to Joe Biden’s swearing in. Some lawmakers want rioters barred from flying. 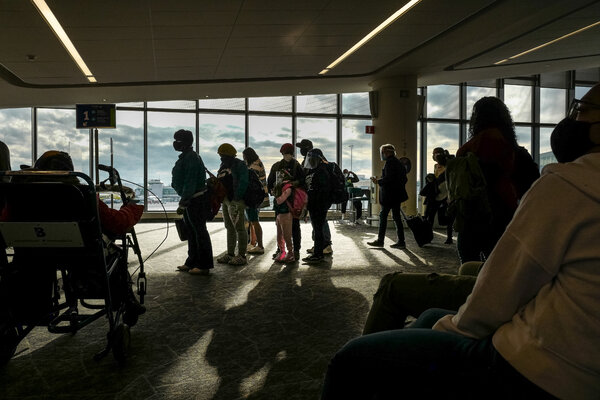 By Niraj Chokshi and Charlie Savage

The Federal Aviation Administration is cracking down on what it calls a “disturbing increase” in threatening or violent behavior by airline passengers, putting in place a zero-tolerance policy against disruptive behavior through March. The move comes in response to last week’s attack on the Capitol and to the longer running problem of passengers who refuse to wear masks.

Under a new order signed Wednesday by its chief, Steve Dickson, the F.A.A. plans to take legal action against passengers who assault, threaten, intimidate or interfere with airline crew members, which could include fines of up to $35,000 and referral for criminal prosecution. The agency previously had the authority to impose fines and refer people for prosecution but tended to issue warnings before going that far. Now, it will no longer issue warnings as a first step.

“Flying is the safest mode of transportation and I signed this order to keep it that way,” Mr. Dickson said in a statement.