The final stretch of President Trump’s term kicked off on Monday with the Republican Party in disarray — and the president’s media allies similarly divided over how to handle the crisis brought on by his fantasies of a “rigged” election.

On the Monday episode of the usually Trump-friendly Fox News morning show “Fox & Friends,” the host Brian Kilmeade challenged Mr. Trump’s lawyers to produce any evidence of fraud. He also warned that pro-Trump protests planned for this week in Washington were “the type of anarchy that doesn’t work for anybody, Republicans or Democrats, in the big picture.” His co-host Steve Doocy noted: “So far, we haven’t seen the evidence.”

On the same program, Senator Marsha Blackburn, a Tennessee Republican who has said she will object when Congress certifies the Electoral College vote on Wednesday, discussed the bombshell recording of a Saturday phone call in which President Trump tried to browbeat Brad Raffensperger, Georgia’s secretary of state, into changing the state’s vote count. 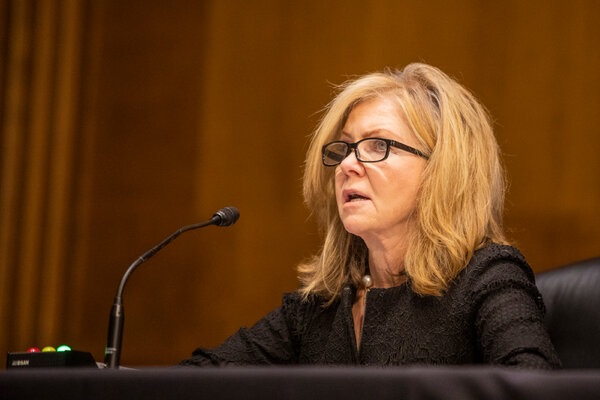 “Brian, one of the things, I think, that everyone has said is that this call was not a helpful call,” Ms. Blackburn said. (On another Fox News program, the Republican strategist Karl Rove called Mr. Trump’s phone call “unseemly.”)

Complicating matters for pundits on the right: Embracing Mr. Trump’s claims of a stolen election may suppress Republican turnout in Tuesday’s runoff elections in Georgia, which will determine control of the United States Senate.

But Fox News also offered starkly different opinions on the president from those expressed by Mr. Rove and the “Fox & Friends” hosts. On Sunday night, the right-wing firebrand Mark Levin told viewers of his Fox News prime-time program: “Our Declaration of Independence and Constitution are being destroyed by the Democratic Party and the media, and they want to destroy what is left of it.”

Like the breakaway Republican senators who have endorsed Mr. Trump’s effort to subvert the election, Mr. Levin has stayed in lock step with Mr. Trump’s increasingly far-fetched claims of fraud.

Monday’s commentary on MSNBC and CNN was, unsurprisingly, rather different.

John Heilemann, an MSNBC analyst, compared Mr. Trump to a mob boss. On CNN, the anchor Jake Tapper described Mr. Trump’s call to Georgia officials as “pushing them, threatening them and suggesting they might be charged criminally if they don’t ‘find enough votes’ for Trump to change the results of the election in Georgia.” He added, “Too many members of the ruling Republican Party are clearly attempting to undermine the American experiment, to undermine democracy.”

Newsmax, the conservative network that has tried to outflank Fox News on the right by cheering on Mr. Trump’s conspiracy theories, gave time to several guests on Monday who vigorously backed the president’s baseless claims, including Representative Jody B. Hice of Georgia and a Trump campaign adviser, Steve Cortes.

Representative Mo Brooks, Republican of Alabama, told Newsmax viewers that there was “massive voter fraud” and declared that President-elect Joseph R. Biden Jr. would “not be a legitimate president.” He also complained that the judicial system — which on state and federal levels has issued one opinion after another ruling against Mr. Trump’s claims of fraud — was an “abject failure.” Bob Sellers, the Newsmax anchor interviewing Mr. Brooks, did not push back on his claims.

Newsmax’s White House correspondent, Emerald Robinson, claimed on Monday afternoon that Mr. Trump hadn’t been trying to strong-arm Mr. Raffensperger into overturning the results of the election in Georgia during the phone call, but had instead been using it as a sort of fact-finding mission.

“You can hear how passionately the president believes that he won the state,” Ms. Robinson said.

Still, Newsmax is not shielding viewers from the inevitability of Mr. Biden’s inauguration, although many voters may object to its framing. In one segment on the network, the anchor John Bachman explained that Mr. Biden’s plans for Inauguration Day would be pared down because of the pandemic; the right-wing commentator Dan O’Donnell, one of Mr. Bachman’s guests, baselessly wondered if the smaller inaugural could result from Mr. Biden’s “diminished mental ability.”