TOKYO — Two American men accused of helping the former Nissan chief Carlos Ghosn escape Japan in a speaker box in 2019 as he faced criminal charges were extradited from the United States on Monday to face trial in a Japanese court.

The Japanese authorities have said the two men, Michael Taylor, 60, a former Green Beret, and his son Peter Maxwell Taylor, 27, helped Mr. Ghosn execute a daring escape from Japan that seemed straight out of a Hollywood thriller.

The auto titan had been free on bail in Tokyo, where he was awaiting what would have been Japan’s most prominent white-collar trial in years. Charged with concealing millions of dollars of income from Japanese regulators, among other financial crimes, Mr. Ghosn slipped away in late December 2019, taking a train to the western city of Osaka before being smuggled onto a private plane bound for Turkey. Once there, he flew to Beirut, Lebanon, where his Lebanese citizenship protects him from extradition.

Some of those involved in his escape, which humiliated Japanese prosecutors, have not been so lucky.

On Wednesday, a Turkish court sentenced three men — two pilots and an executive of the company that owns the plane Mr. Ghosn used to escape — to over four years in prison for their role in the caper. The men have maintained that they were not aware Mr. Ghosn was on the flight and plan to appeal the ruling, according to The Associated Press. 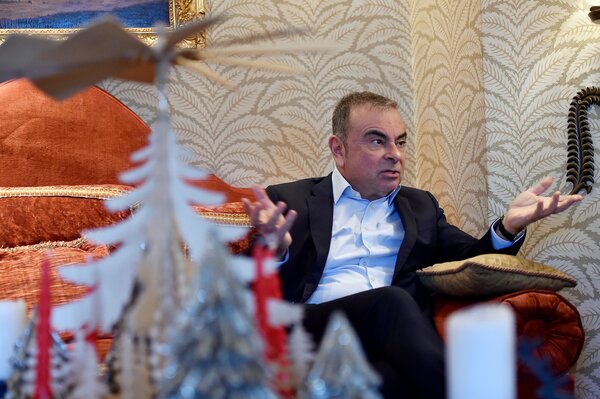 The American authorities arrested the Taylors in May in Massachusetts in response to a Japanese warrant. The men fought to stop their extradition to Japan, which is allowed under a treaty with the United States, arguing that they could be subjected to treatment amounting to torture and that, in any case, helping someone jump bail is not a crime under Japanese law.

The U.S. courts, however, rejected their arguments. The Taylors’ legal options ran out last month after the U.S. Supreme Court declined to hear an emergency appeal.

The men have not denied their involvement in Mr. Ghosn’s escape, and the Japanese authorities have presented extensive documentation of their interactions with Mr. Ghosn ahead of and during his flight.

Peter Taylor met with Mr. Ghosn several times, including the day before the escape, the Japanese authorities have said. And Michael Taylor, along with another man, accompanied the executive from Tokyo to Osaka before smuggling him through a private jet terminal and onto the plane, according to the prosecutors’ accounting of the events.

Both before and after the escape, Mr. Ghosn and his son, Anthony Ghosn, paid more than $1.3 million to the Taylors and a company they controlled, U.S. prosecutors said in court filings.

Since Mr. Ghosn’s arrest in November 2018, Japan’s legal system has come under scrutiny for allowing the lengthy detention of criminal suspects without charges, a practice that critics call “hostage justice.”

Mr. Ghosn has said his arrest was effectively a political coup aimed at stopping him from merging Nissan with its French partner, Renault. He says that during his long detention, he was held in solitary confinement and questioned for hours on end without access to a lawyer.

Ultimately, he says, he fled Japan because he did not believe he would receive a fair trial.

Another former top Nissan executive, Greg Kelly, is charged in Japan with helping Mr. Ghosn hide his compensation. Mr. Kelly’s trial, which began in September, is expected to run through this summer. He maintains that he is innocent.

While Mr. Ghosn was eventually granted bail, the Taylors’ role in his escape makes it most unlikely that they will be accorded the same privilege.