WASHINGTON (Reuters) – Sales of new U.S. single-family homes dropped by the most in more than 6-1/2 years in March and further declines are likely as the novel coronavirus outbreak batters the economy and throws millions of Americans out of work. 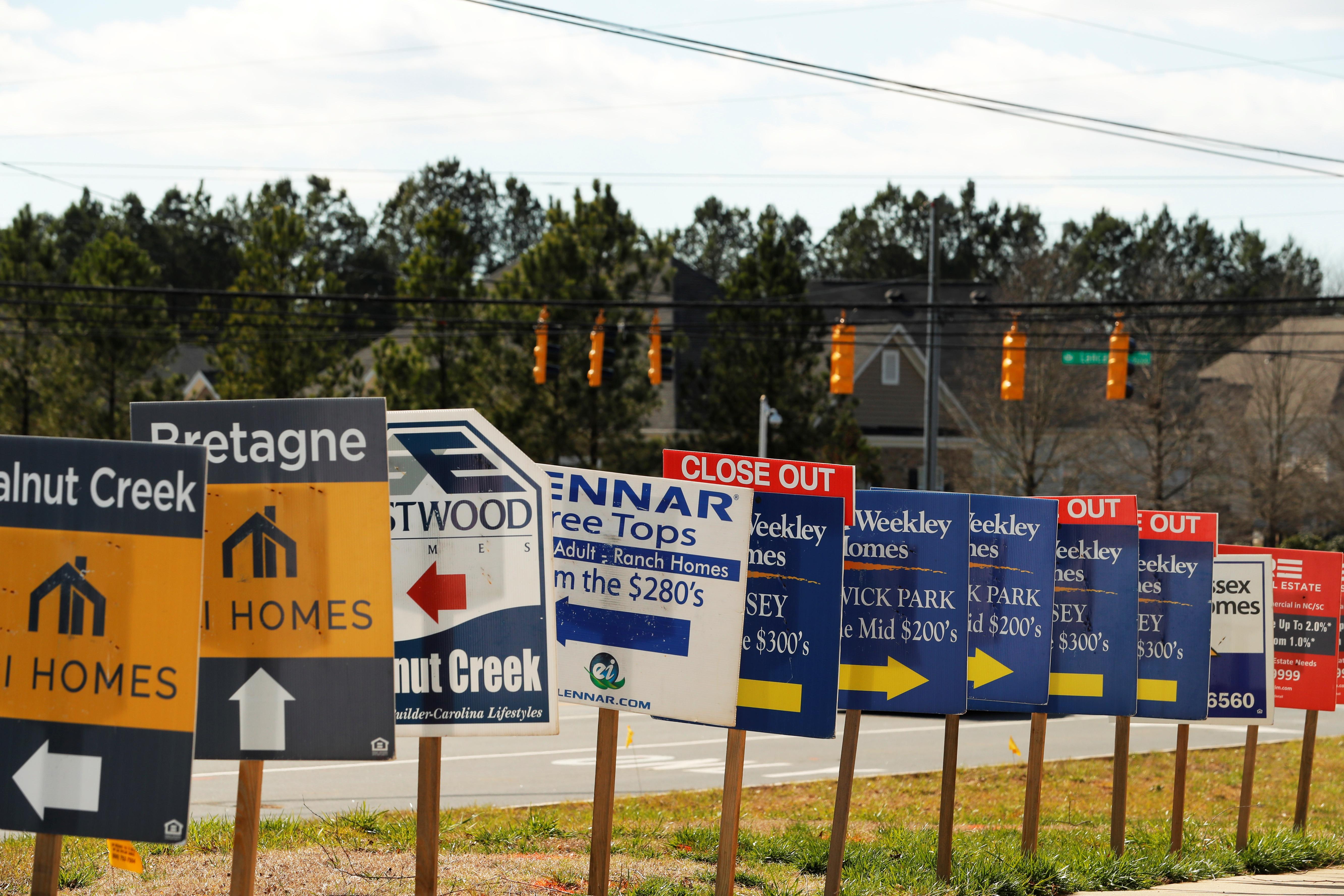 The Commerce Department said on Thursday new home sales fell 15.4% to a seasonally adjusted annual rate of 627,000 units last month. The percentage decline was the largest since July 2013. February’s sales pace was revised down to 741,000 units from the previously reported 765,000 units.

Economists polled by Reuters had forecast new home sales, which account for about 10% of housing market sales, plunging 15% to a pace of 645,000 units in March.

New home sales are drawn from permits and tend to be volatile on a month-to-month basis because of a small sample. Sales declined 9.5% from a year ago in March.

States and local governments have issued “stay-at-home” or “shelter-in-place” orders affecting more than 90% of Americans to control the spread of COVID-19, the potentially lethal respiratory illness caused by the virus, and abruptly halting economic activity. A record 26.5 million people have filed for unemployment benefits since March 21.

The housing market was back on the recovery path, thanks to low mortgage rates, before the lockdown measures. It had hit a soft patch starting in the first quarter of 2018 through the second quarter of 2019.

While extraordinary steps by the Federal Reserve to cushion the economy’s free fall, including aggressively cutting interest rates to near zero, will keep mortgage rates low, that is unlikely to boost the housing market because of historic unemployment and faltering consumer confidence.

A report on Tuesday showed sales of previously owned homes falling by the most in nearly 4-1/2 years in March. Homebuilding collapsed in March at a speed not seen in 36 years.

Last month, new home sales dropped 8.1% in the Midwest and tumbled 38.5% in the West. They plunged 41.5% in the Northeast and slipped 0.8% in the South, which accounts for the bulk of transactions.

The median new house price increased 3.5% to $321,400 in March from a year ago. Economists expect slower house price growth or even a decline in home values this year as the coronavirus undercuts demand.