LONDON (Reuters) – British clothing retailer Next (NXT.L) has shored up its finances to help get it through the coronavirus crisis by selling property, suspending share buybacks and dividends and cutting costs after first-quarter sales fell 41%. 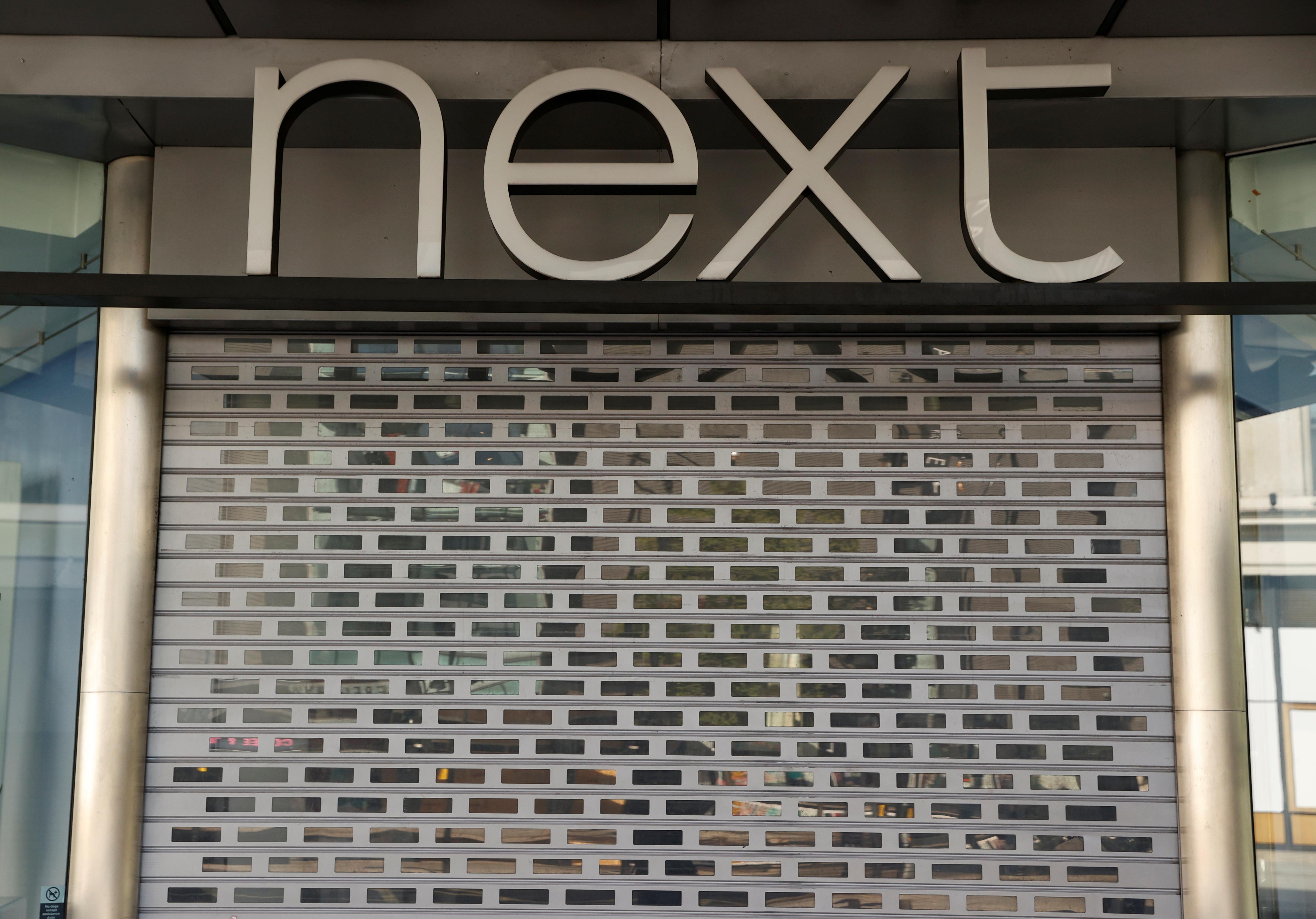 Next said the decline in sales had been faster and steeper than anticipated in its March stress test. Store sales plunged 52% in the 13 weeks to April 25, its fiscal first quarter, while online sales were down 32%.

Next closed all its stores on March 23, when Britain began its lockdown to stem the spread of the new coronavirus. Its online operations shut three days later before partially re-opening on April 14.

The group has taken further steps to secure its debt finances by getting agreement from its banks to waive financial covenants in its Revolving Credit Facility (RCF) for the coming year. It has also secured additional borrowing facilities through the government’s Covid Corporate Financing Facility (CCFF).

Next has saved around 290 million pounds ($361 million) on stock purchases, while suspending dividends and share buybacks will save it 480 million pounds. The sale and leaseback of warehouses and its head office will generate another 155 million pounds.

The group said it believed its finances were at least as secure as when it updated in March.

Even in its new worst case scenario, with full year 2020-21 full-price sales down 40%, it said the mitigation in place means it can operate comfortably within its cash resources and will end the year with less net financial debt than at the end of the previous year. It will, however, make a pretax loss of 150 million pounds.

Next said much will depend on its ability to increase the capacity of its online operations within the constraints of new safe working practices and on the timing of store re-openings.

Online capacity is running at about 45% of pre-crisis levels, with 70% of ranges available, and the group hopes to increase capacity to around 70% within the next two weeks.

Next has plans in place for its stores to re-open with social distancing measures and will prioritise the opening of larger out-of-town stores.

“We anticipate that it will take some time for customers to return to their normal shopping habits and that sales will be very subdued when trade commences,” it said.

Britain’s government is set to review lockdown restrictions on May 7.