FRANKFURT (Reuters) – Volkswagen (VOWG_p.DE) Chief Executive Herbert Diess apologised to the company’s supervisory board for having made “inappropriate and wrong” statements at an internal event, the carmaker said on Tuesday. 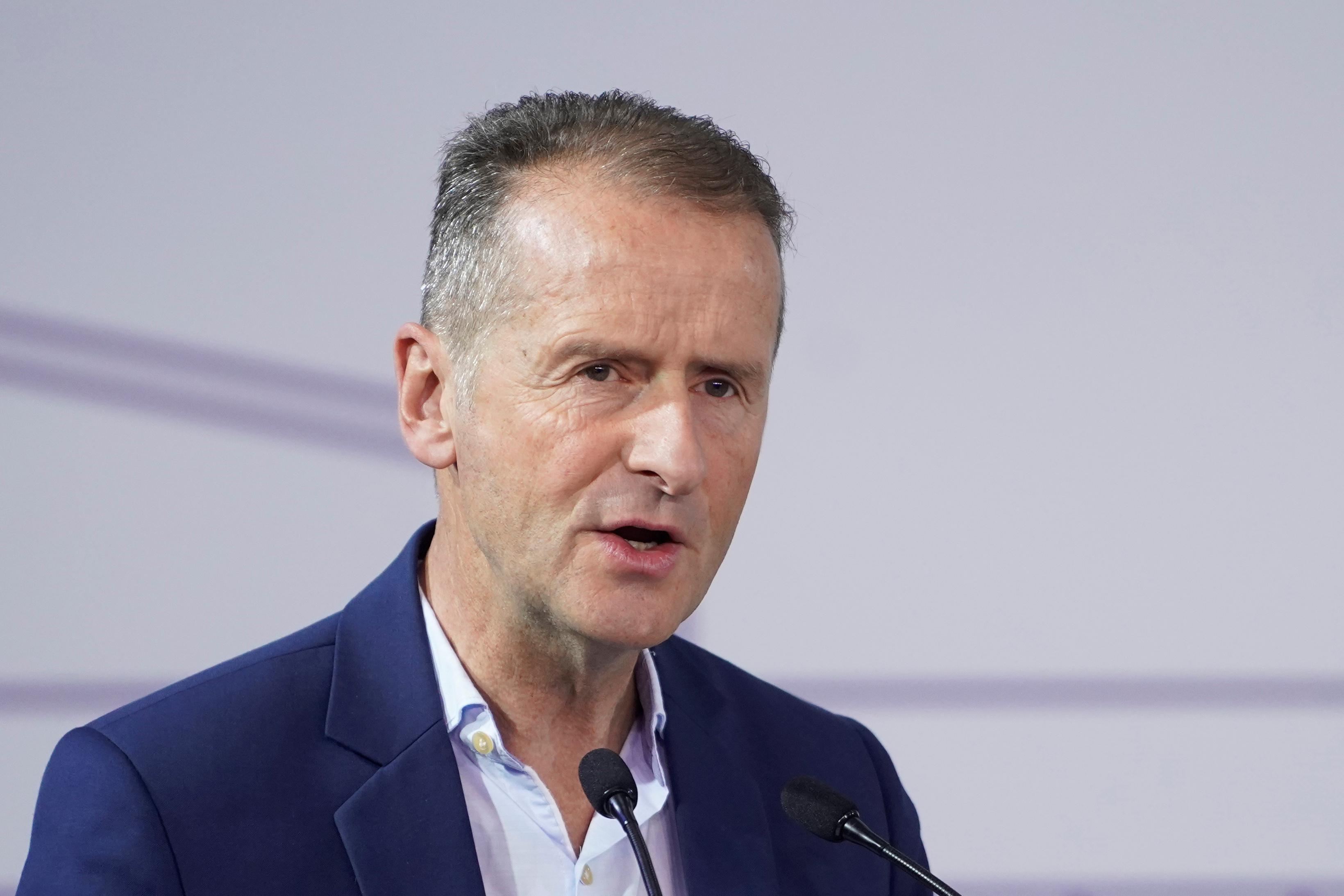 The public acknowledgment here that Diess had been forced to apologise to the 19-member board of directors amounts to a severe admonishment of the chief executive, who had his portfolio of responsibilities curtailed on Monday after infighting over the pace and scope of cost-cutting plans.

“The members of the Supervisory Board accepted the apology of Dr. Diess, and will continue to support him in his work,” the statement added.

The Diess apology follows a heated debate between Volkswagen’s chief executive and members of the supervisory board, according to two sources familiar with the discussion.

Diess accused board members of leaking confidential information to the press. The comments came after Germany’s Manager Magazin reported that Diess had sounded out trade union chief Joerg Hofmann about an extension to his contract as chief executive, the sources said.

Diess, whose contract as chief executive runs until 2023 was furious that details of this discussion had reached the press and reminded the supervisory board that violating confidentiality agreements was illegal.

Hofmann, who is head of Germany’s largest union IG Metall, is also on Volkswagen’s supervisory board.

Diess, who has been in the top job at Volkswagen since 2018, remains chief executive of a group which also includes brands such as Audi, Bentley, Skoda, Lamborghini and Porsche.

The incident appears to follow a pattern at the carmaker where board members lose backing if their cost cutting and efficiency measures threaten too many local jobs, prompting the company’s powerful labour leaders to flex their muscles.

Bernd Pischetsrieder, Volkswagen Group Chief Executive between 2002 and 2006, and Wolfgang Bernhard, VW brand chief between 2005 and 2007 were forced out of their jobs after repeated clashes with VW’s works council.

Worker representatives control 9 seats on the 19-member supervisory board at Volkswagen.