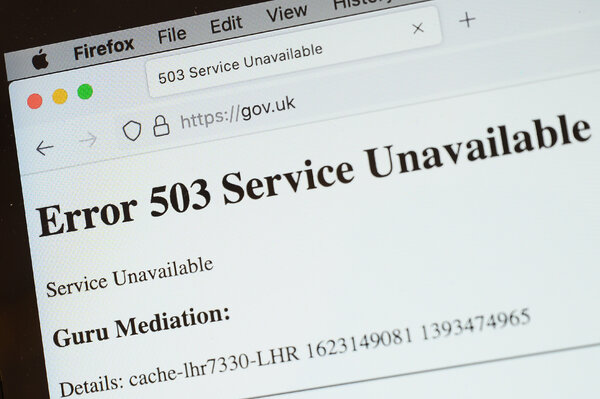 For a company pitching itself as helping improve the reliability and speed of websites, it is hard to imagine a worse turn of events than what Fastly experienced on Tuesday.

Fastly, a cloud-computing company used by businesses around the world to operate their websites, faced an outage that caused popular websites including Reddit, Twitch, Hulu and The New York Times to suddenly crash for about an hour on Tuesday. Websites in North and South America, Europe, Asia and Africa were affected, the company said.

Fastly, based in San Francisco, provides the kind of behind-the-scenes technology that most people do not know exists, but is crucial for making the internet work. The company had been enjoying some success. Its stock skyrocketed last year, benefiting from all the people who were online amid the pandemic, the same wave that helped other tech companies like Zoom before coming back down over the past several months.

Before the system crashed on Tuesday, the stock had more than doubled since the company went public in 2019. In premarket trading, its stock briefly tumbled more than 7 percent before settling at about 1.6 percent lower.

Fastly provides a technology known as a Content Delivery Network, or CDN, a highly distributed network used to reduce the distance between a server and a user, thus accelerating website loading speeds. Fastly says its network improves reliability because it distributes a website to many locations, rather than depending on a central data center.

Everything began going sideways for Fastly on Tuesday morning. At 5:58 a.m. Eastern time, the company posted on its website that it was investigating a problem with its services.

Customers that were experiencing outages included PayPal, The New York Times, The Financial Times and The Guardian. Even the British government’s main webpage was offline.

A representative for Fastly, whose own website was taken down, attributed the problem to a service configuration that set off disruptions to systems that send website content from a server to individual users.

The complexity of the internet means that short-lived outages will always exist, said Doug Madory, Kentik’s director of internet analysis. He noted that Google, Amazon and other large companies have also experienced problems that take services offline.

“There is no error-free internet, it doesn’t exist,” he said. “This is unavoidable because of the complexity.”