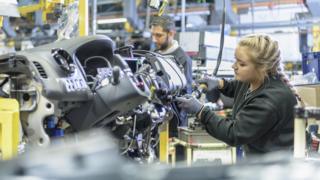 BTec students will start receiving their revised grades in the next few hours, after their release had been delayed by the exam board.

The results have been reassessed to bring them in line with A-levels and GCSEs, which were graded via school-based assessments.

All 450,000 BTec pupils should get their results by the end of the week.

Students faced a fresh round of exam results chaos last week after Pearson pulled some of its BTec results on the eve of releasing them.

It followed the government’s last-minute U-turn on A-levels and GCSEs, which saw students awarded the exact grades that had been estimated by their teachers rather than having them adjusted by an algorithm.

That had been put in place to counter the effect of any teachers or schools inflating their grades but there was an outcry over how many A-level results ended up being downgraded, in some cases by more than one grade.

Pearson initially said that because BTec students do far more graded assessments throughout the year, their predicted grades were more similar to previous years.

However, it later decided to withdraw grades to ensure that no students had been downgraded, which might unfairly disadvantage them against A-level and GCSE students.

BTecs are vocational qualifications in England, Wales and Northern Ireland, which provide work-based skills across areas including business, healthcare and engineering.

They are assessed over the course of the qualification through exams, practical coursework and, in many cases, workplace-based placements.

Around 200,000 BTec Firsts, which are equivalent to one or more GCSEs, were due to be awarded on Thursday last week – the same day as GCSE results.

Some 250,000 BTec Nationals, which are studied over one or two years and are similar to A-levels, were awarded the week before – but have also been part of the grade reassessment.