Bedales school, in Hampshire, with its 120 acres and eclectic mix of old and modern buildings, boasts an array of impressive facilities. But it’s not your archetypal English private school.

“We have always worked within the progressive tradition,” says Alistair McConville, the school’s director of innovation and learning. “We try really hard to build in ‘idling time’ and cultivate the appreciation of beauty.”

From the autumn term, Bedales will have a cross-disciplinary project on refugees; it also offers qualifications in baking and book-binding. In its outdoor work department students can rear sheep, pigs and chickens, renovate tractors and build polytunnels, and the school offers its own level 3 (A-level equivalent) qualification on living with the land. Its sixth-form timetable has been reshaped to adapt to findings on adolescent sleep science.

For decades, Bedales – whose motto, Head, Hand, Heart, is taken from the views of the Victorian radical philosopher and art critic John Ruskin – was viewed as the batty older relative of the independent schools, sticking to its alternative approach while the mainstream private sector kept its back straight, and its values traditional.

No longer. Today, an independent schools conference is as likely to discuss futurology as Latin. “There’s been a huge change in the educational approach of the private sector,” says Toby Seth, headteacher at the Pocklington school foundation in Yorkshire. “Why? Because schools have had to.” Employers, he says, want new and different skills, such as teamworking, not just the ability to retain facts. 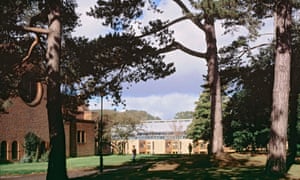 Seth recently held a “learning skills evening” for parents, demonstrating concept-mapping, effective note-taking and a variety of learning games. “Those parents who are employers told me ‘these are the skills I need. I am much less bothered about knowledge. I can train them up in that. What we can’t easily do is instil those fundamental people skills’.”

He adds: “Trying to teach character feels just as important as anything to do with the curriculum. That’s what’s going to help our pupils succeed at university and into a good job. It’s those qualities – that grit – that are important.”

Meanwhile Alleyn’s, a co-educational independent school in Dulwich, south London, is offering its own programme focusing on “curiosity, a lifelong pursuit of learning and the knowledge of ways in which it is done”, says Melanie Huntley, its head of marketing. Its students may explore gardening, mindfulness, relaxation and teamwork. “Students are encouraged to think about their own aspirations through heroes and characters in myths and literature, and in senior years to work on project-based active research.”

‘We’re not hippies, we’re punks.’ School that has projects, not subjects, on the timetable

This progressive shift shines a searching light on the current dominance of neo-traditionalism in the state sector, which dates back decades but found its apotheosis during Michael Gove’s stint as education secretary, from 2010-14.

In a 2013 speech titled The Progressive Betrayal, Gove praised the “liberating power of a traditional education” found, he said, in Britain’s private schools. He laid into what he judged to be the folly of moving “away from a set hierarchy of knowledge – literary canons, mathematical proofs, scientific laws, musical exercises and artistic traditions”. Gove’s traditional approach is seemingly shared by today’s education secretary, Gavin Williamson, who even wants children to sit in rows facing their teacher as a response to the pandemic.

During the Gove era, free schools were opened on a traditionalist template, among them Toby Young’s West London free school and the Michaela school in Brent, north London, established by Katharine Birbalsingh and hailed as proof of the success of authoritarian approaches, particularly for poorer children.

Birbalsingh is highly critical of current developments in the private sector. “They have got things shockingly wrong,” she says. “They now lag 20 years behind the state sector, which has ditched all that group and project-work stuff. They are resting on their laurels, relying on the cultural capital, the immersive learning culture, that affluent pupils from book-lined homes bring to their education.”

She adds: “There are still some traditionalists left in private schools, 55-year-olds who are doing it the old way. Privately, they tell me how horrified they are at the progressive approaches of their senior leadership teams.”

Of course, resources are at the heart of this issue. Bedales’ senior boarding fees are more than £37,000 a year. Michaela has an annual budget of £4,500 per pupil and students receive only two hours of art and music a week. Wouldn’t Birbalsingh love to add more creative pursuits to her curriculum if she had the money?

“Knowledge is creativity,” she insists. “The radical educationalists of today are the traditionalists, providing a knowledge-based education for the disadvantaged. I don’t have time for shearing sheep.”

But Diane Reay, emeritus professor of education at Cambridge University, argues that double standards are in play. “Progressive is such a slippery term, which has been used and abused within English education. 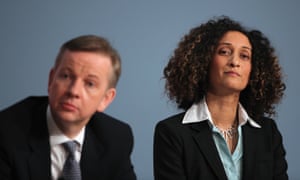 “In the private sector, given their resources, it can be viewed as a positive development, helping to provide a broader, richer blend, creativity as an add-on to academic education. But in the state sector, progressive education has wrongly been represented as holding children back, wrongly associated with over-permissive and inexperienced younger teachers and seen as getting in the way of powerful knowledge and high achievement.”

While ministers actively promote traditionalism, David Price, author of a forthcoming book, The Power of Us: how we connect, act and innovate together, says many state schools are afraid to innovate.

‘Working-class children get less of everything in education – including respect’

Price trains teachers in project-based learning and holds parental engagement workshops all over the world. “Many international schools are doing mindblowing things, really preparing kids for the future. And in the UK, private schools have shown an interest, although there is always that worry about sacrificing the bottom line: results. But it’s much harder for the state sector. There’s a lot of fear out there.”

Things might be starting to shift. In recent years, a few state schools have successfully bucked the traditionalist trend, including Peter Hyman’s School 21 in Newham, east London, which places oracy at the heart of its curriculum, and XP school, Doncaster, a free school that promotes “expeditionary learning”. Its project-based approach has yielded “outstanding” Ofsted ratings across the board, with excellent GCSE results and a highly engaged and confident pupil body. Other schools have quietly adopted more innovative methods, including greater interdisciplinary learning and team work.

More generally, there’s a rising discontent within state education at a “drill and kill” approach that feels particularly inappropriate during the Covid crisis. According to Reay, “The UK is already at the top of the international league tables for routine memorisation, teaching to the test, and at the bottom for collaborative and critical thinking. Yet research shows that you don’t just get better teaching and learning if you undertake collaborative group work, you get better outcomes.”

Price believes the pandemic is bringing us to a decisive moment. “We’ve had 30 years of compliance in the state sector, but we now have to get beyond test scores and targets, learn from the courage being shown by some of our school leaders. Now is the time to rally the sector – and parents – behind a different approach.”