Heather Noyes Gregg walks stretches of Tennyson Street in Berkeley and Regis, seeing one missed opportunity after another, neighborhoods hurt by their own success when they replace beloved businesses with apartment buildings and narrow, multi-unit homes.

“Many people would say it’s too little too late,” Noyes Gregg said. “But I don’t think it’s ever too late.”

The 30-year Berkeley-Regis resident and business owner hopes a new two-part zoning proposal can preserve her neighborhood centers — and maybe others — and hopefully build them back.

City Councilwoman Amanda Sandoval, who is sponsoring the proposals and whose district covers the areas where the overlays would go, said the tool could also help preserve and recapture other stretches around Denver. Conversations are underway to apply the overlay along South Pearl Street, she said.

It’s popular among other council members, including Jamie Torres, who said conversations about applying the overlay to Santa Fe Boulevard began before she was even elected. The idea is to keep people active on the street and encourage them to spend time — and money — in local shops and restaurants.

Santa Fe is zoned for developments of up to five and eight stories, Torres said via text, “so the neighbors are trying to keep an active Main Street in light of that kind of intensity.”

Tennyson used to be a thriving art district, Sandoval lamented, recalling First Fridays a decade or more ago, when you could “go from art gallery to art gallery drinking a glass of wine or a beverage.” The area still hosts First Fridays, Sandoval said, but they’re much less lively.

Noyes Gregg points to about 2008, when Tennyson’s vibrancy caught the attention of residents and developers, who believed with a bit of investment the stretch could blossom further. It withered instead, she said.

“You had a whole slew of old, very charming, some older and dilapidated homes, which were instantly snapped up by the development community,” Noyes Gregg said. “What we ended up with were slot homes, which have no commercial, don’t even face the street, 100% residential development on all floors.”

Pockets of character still exist, Noyes Gregg said, pointing to Swing Thai and Atomic Cowboy. And if the new overlay is applied, they might even grow.

Sandoval said if her proposal passes, new buildings would have plenty of space and opportunities for small, local business ventures. They might not fill immediately since the pandemic still presents a challenge for brick-and-mortar businesses, but she doubts spaces would stay vacant for long.

There’s been some opposition, but not too much, Sandoval said.

Planning Board Member Gosia Kung voiced concerns before casting the lone dissenting vote during a Feb. 3 meeting. Her argument: The pandemic continues to strain the economy and small businesses aren’t doing well, she said during the meeting. Plus, mixed-use buildings are already encouraged along the corridor, she said, and requiring commercial space before residential developments are allowed could deter investments and complicate designs for new developments.

And Berkeley resident and real estate broker Brad Sandler wrote the planning board to say the proposal would drive up the cost of construction.

“We should be focused on making it cheaper to build RESIDENTIAL properties in this district & creating more community,” Sandler wrote. “There is ample vacant commercial space currently available!” 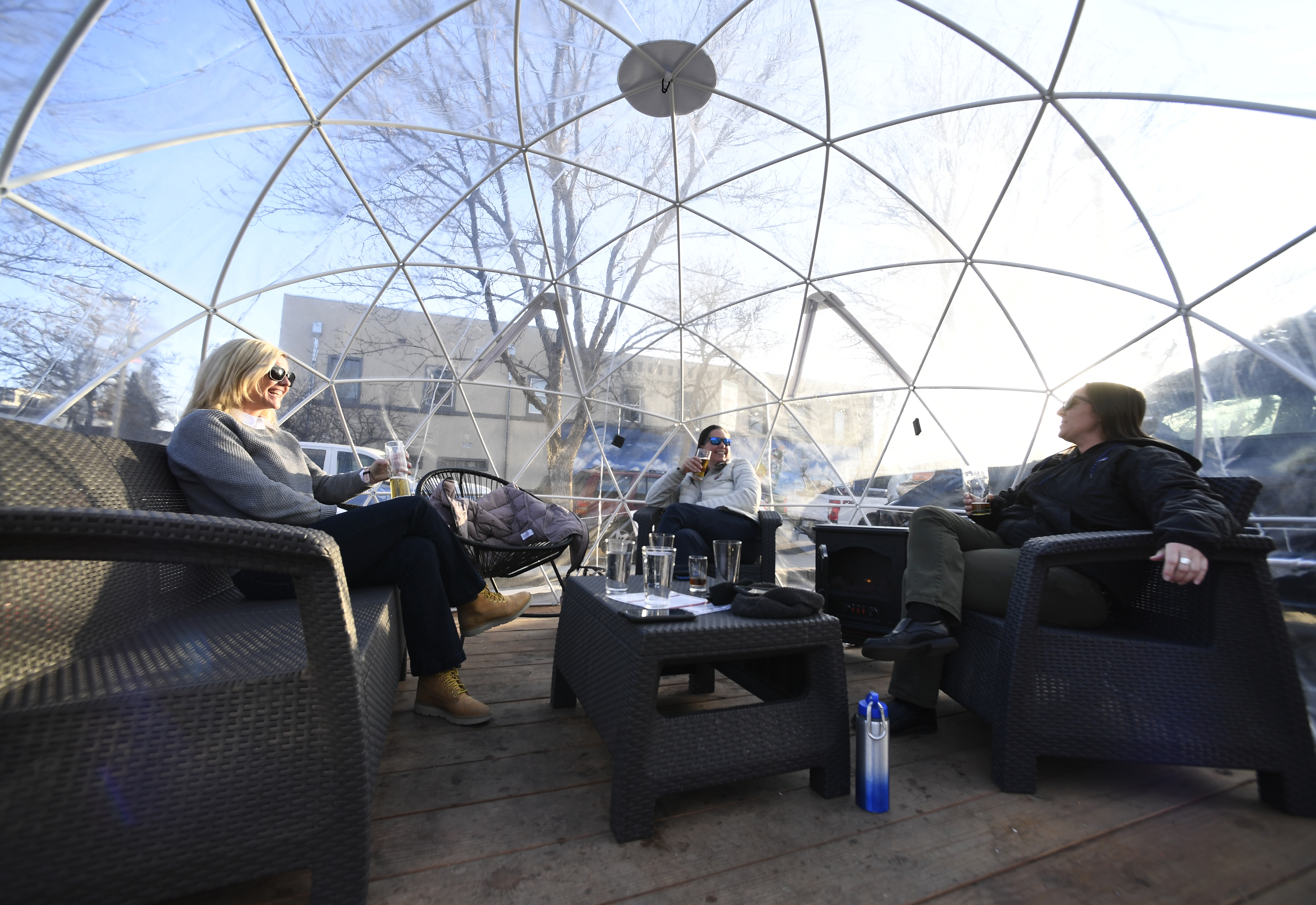 Foot traffic from new apartments and slot homes is nice, but not at the expense of pushing out existing businesses or preventing new ones from opening, said Sara Setzer, who co-owns The Empourium Brewing Company. Since it opened two years ago, brewery staff has heard plenty of back-in-the-day comments from customers complaining that the neighborhood is losing its charm.