Mr Kearse who was born in Dumfriesshire and now lives in London is one of more 700,000 Scots in England, Wales and Northern Ireland who could find themselves without a vote if Nicola Sturgeon gets her way over another referendum. His support for a cross party parliamentary group set up last week comes after a Redfield and Wilton poll of 2,000 people revealed that 54 per cent believe Scots all around the UK should be allowed to vote in an independence referendum. Only 30 per cent disagreed with the Scottish nationalist position that only people in Scotland should get a vote.

Mr Kearse, who recently stood as a free speech campaigner in the Scottish Parliament election, said: “Scots living in the UK absolutely must be allowed to vote in any indyref. “We’re the Scots who’d be most affected by Scexit and we’re the Scots who have the most informed opinion of Scotland’s role in the UK as we’ve actually crossed the border and lived with our UK neighbours.

“Working in London in policing, government and culture I’ve seen what a powerful voice Scots have in running the UK.

“I’m worried that the nationalist SNP are fomenting parochialism in young Scots by bribing them to study in Scotland instead of cross the border, broaden their horizons and see that there’s a lot of love between the UK’s nations.

It comes after Labour peer Lord Foulkes set up a Parliamentary Group to ensure the franchise for a referendum includes all Scots.

Former Tory cabinet minister Liam Fox, who is part of the group, has suggested it is launched as a “families for the UK” campaign.

Commenting on the poll, Lord Foulkes said: “It is welcome overwhelming support for our campaign to give Scots in the rest of the UK their birthright”. 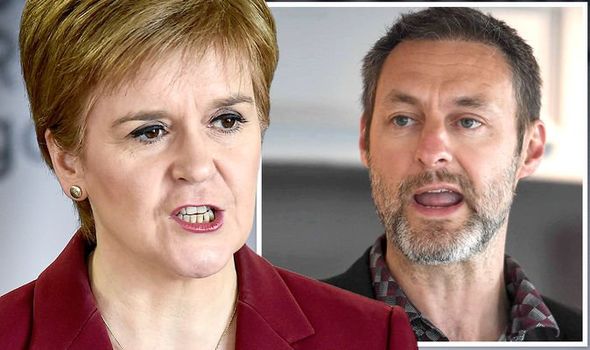 “They would probably be most affected by Scotland separating from the rest of the UK so it is right they should have a say and it is good that a substantial majority throughout the UK recognise this”.

“We will be doing everything necessary to avoid another divisive referendum but, if somehow it is forced on us all Scots in the UK must be given a vote”

Another supporter of the group, Conservative Hastings and Rye MP Sally-Ann Hart, who sits on the Scottish Affairs select Committee and considers herself to be Scottish through her family, said “as the Prime Minister himself has said there should not be another referendum because the one in 2014 was accepted as a once in a generation vote, but if there is one again, I believe that, at the very least, those living in the rest of the UK who would qualify for a Scottish passport through birth in Scotland or family should be allowed a vote.

“After more than 300 years of our precious union there are Scottish family links across the whole UK and a vote on independence should reflect this and not just be for people living in Scotland at the time. Scottish independence is not solely a Scottish matter.

“We are more United than the cynics would have you believe. We are four nations under one flag. We are the United Kingdom of Great Britain and Northern Ireland.”