An evolving virus and 18 months of ever-changing pandemic messaging have left Americans angry, exhausted and skeptical of public health advice. 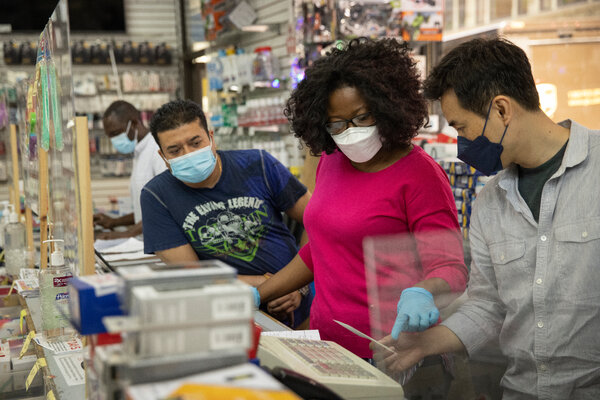 WASHINGTON — A week of public health reversals from the White House and the Centers for Disease Control and Prevention has left Americans with pandemic whiplash, sowing confusion about coronavirus vaccines and mask-wearing as the Delta variant upends what people thought they knew about how to stay safe.

Vaccines remain effective and highly protective against hospitalization and death, even among those infected with the extremely infectious Delta variant. Mask-wearing prevents transmission of the virus to those most at risk.

But the crisis President Biden once thought he had under control is changing shape faster than the country can adapt. An evolving virus, new scientific discoveries, deep ideological divides and 18 months of ever-changing pandemic messaging have left Americans skeptical of public health advice. So although the White House had promised a “summer of joy,” the nation is instead caught in a summer of confusion.

“While we desperately want to be done with this pandemic, Covid-19 is clearly not done with us, and so our battle must last a little longer,” Dr. Rochelle P. Walensky, the director of the C.D.C., told reporters on Monday. “This is hard. This is heavy. But we are in this together.”

Monday was another day that underscored the crosscurrents for the nation’s leaders as their efforts at a disciplined public health campaign collided yet again with the chaotic nature of the pandemic. Instead of a consistent message, the result was another dizzying jumble of news stories and divergent announcements.

In Louisiana, a state with one of the lowest vaccination rates, Gov. John Bel Edwards reinstated an indoor mask mandate, as did health officials in San Francisco and six other Bay Area counties. But in New York City, Mayor Bill de Blasio declined to do so, even though such a move would have been in line with C.D.C. guidelines.

The virus continued to scramble traditional politics. In left-leaning Chicago, city officials announced that more than 385,000 people had attended the four-day Lollapalooza music festival — and Mayor Lori Lightfoot defended it. In Washington, Senator Lindsey Graham, Republican of South Carolina and a longtime supporter of former President Donald J. Trump, announced that he had tested positive for the coronavirus, but said his symptoms have been mild, which he attributed to having received the vaccine.

“I feel like I have a sinus infection,” Mr. Graham wrote on Twitter. “Without vaccination I am certain I would not feel as well as I do now. My symptoms would be far worse.”

Nationally, caseloads continued to climb. The country reported a daily average of nearly 80,000 new infections on Sunday, up from about 12,000 in early July, according to a New York Times database. A spate of scary news stories about unvaccinated people dying from Covid-19 appears to have accomplished what Mr. Biden could not: The nation finally reached the White House’s target, initially set for July 4, of having 70 percent of American adults at least partially vaccinated.

Some experts say the C.D.C. is to blame for some of the confusion. After saying in May that vaccinated people could go maskless both indoors and outdoors, the agency did an about-face last week, once again recommending indoor masking for everyone — vaccinated or not — in places where the virus is spreading rapidly.