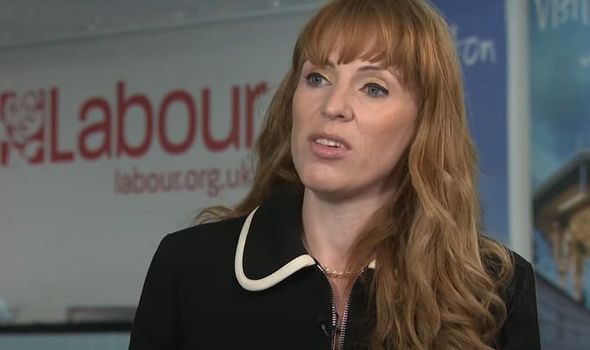 Admitting she was tired of being in Opposition, the Ashton-under-Lyne MP launched into a bitter tirade against the Government.

She said: “The stories I tell about my childhood are for people to look at themselves and to be able to say ‘look at what we did, look at what we achieved when we’re in government, and look what we can do’.

Her speech was met with cheers and applause from supportive Labour members.

“I held back a little,” Ms Rayner added after catching her breath.

“Because our communities have been through so much and they absolutely b****y deserve better.

“Have a good night comrades, have a great conference, and get on that doorstep and bring us power.”

Government minister Amanda Milling described the Labour MP’s remarks as “shocking” and demanded an apology from the deputy leader.

“Shocking. Angela Rayner must apologise for these comments,” she said.

“She failed to act. Rather than throwing around false accusations, the Conservatives are focused on the people’s priorities.”