Matt Hancock on people having to 'wait' for COVID-19 jab

Ms Rayner called on Mr Hancock to hand back donations totalling £32,000 which he received from the chair of Institute of Economic Affairs (IEA), which published a report saying there was “nothing special” in the NHS’s performance in the coronavirus pandemic.

You state that the IEA ‘bankrolled’ the Health Secretary. This is completely untrue

She tweeted: “I have written to Matt Hancock demanding that he repay the donations he has received from the chair of the IEA following their report disgracefully attacking the NHS and NHS staff saying that there is “no reason to be grateful” for the NHS and NHS staff don’t deserve our thanks.”

But IEA chair Neil Record said claims they “bankrolled” Mr Hancock are “simply false”. He is now calling on Ms Rayner to “publicly apologise” for the allegations.

Mr Record said personal donations unrelated to the IEA were made by him to Mr Hancock more than five years ago before he became Health Secretary. 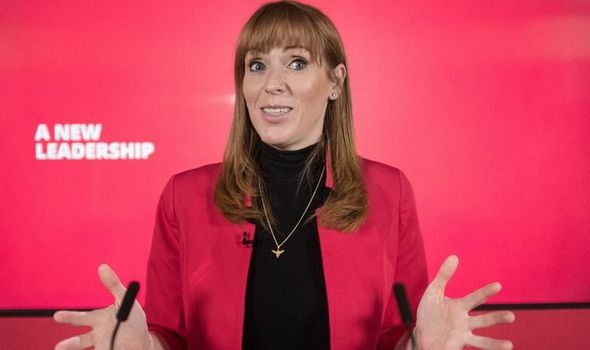 In a letter to Ms Rayner, he said: “You state that the IEA ‘bankrolled’ the Health Secretary.

“Furthermore, the IEA is an educational charity, and as such would never contemplate, and indeed is forbidden from, ‘bankrolling’ a Government minister.

“If you were to publicly apologise, that would go some way to acknowledging that this time you, and the Labour Party, have got it wrong.”

READ MORE Brexit LIVE: EU lashes out at Ireland and warns of ‘payback’ 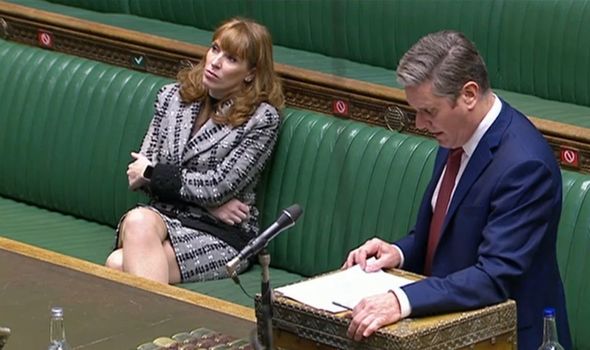 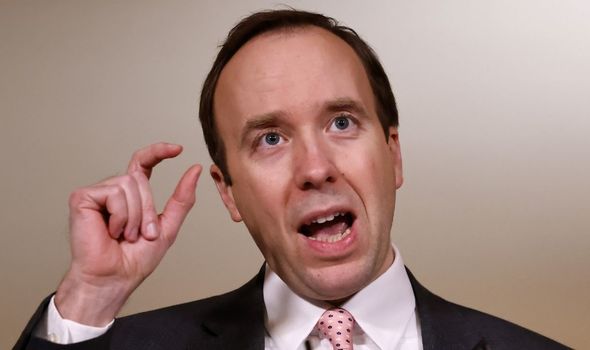 The row erupted when an IEA report suggested insurance-based health services elsewhere in the world had performed as well or better than the NHS and concluded there was “no rational basis for the adulation the NHS is currently receiving, and no reason to be ‘grateful’ for the fact that we have it”.

In a letter to Mr Hancock, Ms Rayner described the comments as “disgraceful” and called him to distance himself from them by condemning the report and returning the money he has received from the IEA chair.

The register of MPs’ interests shows that Mr Record made a series of donations to support Mr Hancock’s parliamentary work as a private individual, rather than as a representative of the IEA.

But Ms Rayner said Mr Hancock must have been aware of what she said was the free-market thinktank’s “long-standing campaign to abolish our NHS and replace it with a privatised healthcare system”.

In her letter to Mr Hancock, she said: “This disgraceful attack on our NHS comes in the middle of a deadly global pandemic after our NHS staff have worked round the clock for almost a year to tackle this dreadful virus, save lives and keep us all safe.

“As Health Secretary, it is your job to protect and defend our country’s greatest institution – our National Health Service – and stand up for our NHS staff who have sacrificed so much throughout this pandemic to save lives and keep us safe.

“If you are committed to the protection of our NHS you must take action immediately to assure NHS staff and the British people that you don’t share the views of your donors at the Institute of Economic Affairs that we should not be grateful for the NHS or thank the NHS and its staff for their work during this pandemic.” 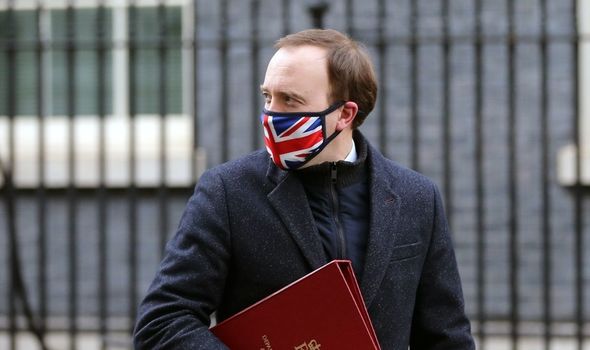 The report by IEA head of political economy Kristian Niemietz challenged what it described as a set of “viral myths” about the world’s response to coronavirus which were “almost certainly incorrect”.

These included “the idea that the NHS has been the star performer of the pandemic, and that we should be more grateful than ever for having it”.

Dr Niemietz wrote: “Conventional wisdom holds that the NHS has emerged as the star performer of the pandemic.

“Which it has, but only in the way in which for proud parents watching a school performance, their own child will always stand out as the ‘star performer’, even if nobody else sees it that way.

“There is nothing special about the NHS, neither during this pandemic, nor at any other time.”