Environment Secretary George Eustice insists there is “no legal barrier” to the trade as he demanded the European Commission behaves reasonably. The introduction of checks and paperwork since the end of the Brexit transition period on December 31 has caused disruption to exports of fresh fish and seafood to the EU. The row relates to the cleanliness of our waters – many of which are grade B rather than top-notch grade A.

British producers sent their shellfish to Europe for cleaning pre-Brexit but it now has to be done before export.

However, there are not enough facilities here to purify the catches. Ministers expected the bloc would permit the trade of live shellfish to resume in April once a new health certificate was produced.

But Mr Eustice said the commission changed its position last week having previously “been clear this was a trade that could continue”.

He said the EU has put a “ban on the trade altogether” which was “quite unexpected and really indefensible”. 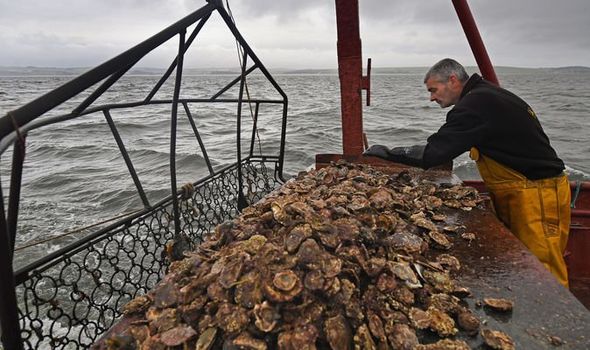 He added: “All they needed to do was design the right export health certificate.”

EU rules banning imports of untreated shellfish from third-party nations expired at the end of 2020, leaving a gap until new regulations start on April 21.