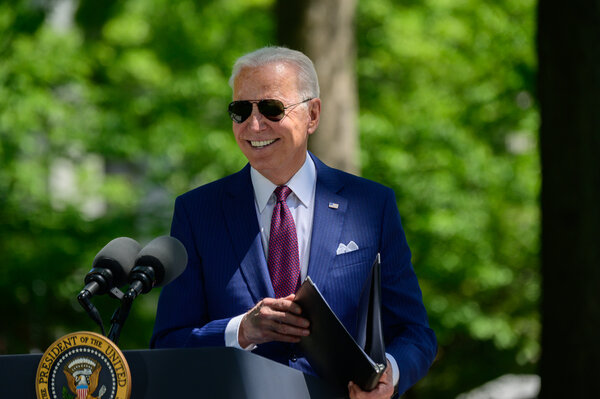 President Biden is a man with a plan. Three plans, actually.

On Wednesday, Mr. Biden announced the third blockbuster domestic funding proposal of his presidency, hours before his first speech before a joint session of Congress. Mr. Biden’s plans add up to about $6 trillion and reflect an ambition to restore the federal government to the role it played during the New Deal and Great Society.

Here is what the plans — one passed and two pending — would do.

Mr. Biden’s coronavirus relief bill, passed in the Senate by a 50-to-49, party-line vote in March, was a sequel to the $2.2 trillion pandemic relief bill enacted during the Trump administration a year ago.

The centerpiece of the bill was a one-time direct payment of up to $1,400 for hundreds of millions of Americans, along with a $300 weekly federal supplement to unemployment benefits through the summer, and money for distributing vaccines.

But it was also aimed at reducing long-term poverty. The plan provides $21.6 billion for federally subsidized housing, an enormous infusion of cash into a long-stagnant sector, with billions in emergency rental assistance and longer-term capital projects.