In his first foreign trip, the secretary of state will visit Japan and South Korea before the first in-person diplomatic encounter between the United States and China in several months. 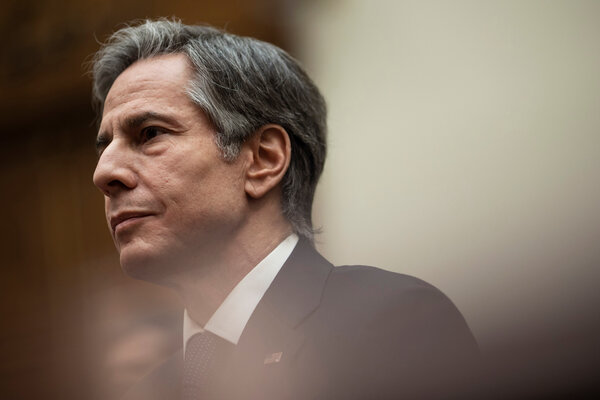 In a statement on Wednesday, a State Department spokesman said that Mr. Blinken and Mr. Sullivan would meet in Anchorage next Thursday with China’s foreign minister, Wang Yi, and its top diplomat, Yang Jiechi.

The meetings will follow visits next week by Mr. Blinken and Defense Secretary Lloyd J. Austin III to Japan and South Korea, two core U.S. allies that have fraught relations with China and that would expect to be consulted before an engagement like the one planned with Beijing.

“It was important to us that this administration’s first meeting with Chinese officials be held on American soil, and occur after we have met and consulted closely with partners and allies in both Asia and Europe,” said Jen Psaki, the White House press secretary.

The meeting in Anchorage will continue a cautious sizing up between the world’s two largest powers, one underway since the Biden administration took office amid pledges to continue in large measure the Trump administration’s firm posture toward Beijing. Last week a speech by Mr. Blinken, as well as a new White House national security strategy document, identified China as the top nation-state threat to the United States.

In his speech, Mr. Blinken said managing the relationship with China would be “the biggest geopolitical test of the 21st century” and called China the one country able “to seriously challenge the stable and open international system.”