The French Government has banned all travel between the UK and France for the next 48 hours after a more infectious strain of COVID-19 was identified in London and the South East of England. The ban has blocked the UK’s main haulage route at the port of Dover for goods going to and from mainland Europe.

Around 4,000 lorries had intended to leave the UK through Kent today but were met with signs stating “French borders closed”, sparking fears of a shortage of vital supplies.

The emergence of a new strain of COVID-19, coupled by port closures and the increased threat of a no deal Brexit, also prompted the pound to plummet against the euro and US dollar.

London’s financial markets also suffered a huge set back after the FTSE 100 recorded losses of more than £30billion when trading began at 8am.

The border closures between the UK and France comes just 10 days before the end of the Brexit transition period. 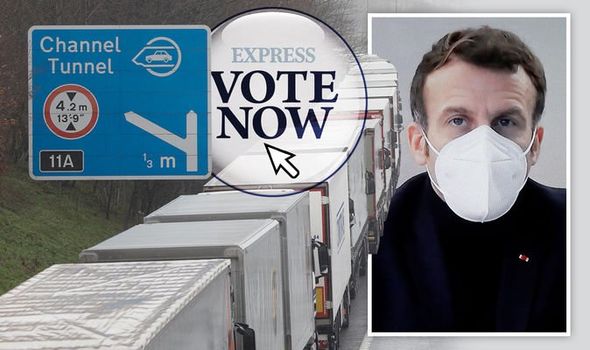 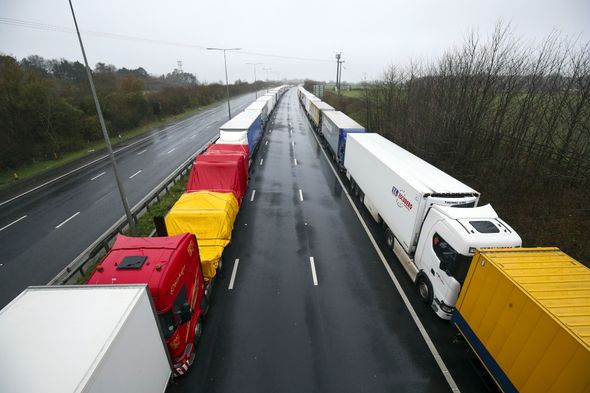 Post-Brexit trade talks remain at a deadlock with both sides on course for a no deal outcome on December 31.

Outstanding issues remain over the so-called level playing field on competition and fisheries – with France leading the calls for access to UK waters.

Nigel Farage has branded the EU “bullies” and claimed the bloc was attempting to force the UK into signing a “bad deal”.

Reacting to the news of border closures on Twitter, Mr Farage said: “We are dealing with thugs and bullies who want to make us sign a bad deal. 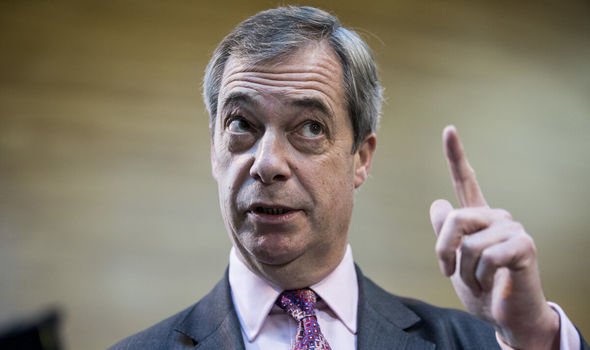 “Time to walk away, to hell with the EU.”

Former Brexit Party MEP Martin Daubney also took aim at the EU and singled out Mr Macron for the disruption.

He said: “Tailbacks for miles. Sterling plummets. Not caused by Brexit, but Macron. That beloved Prince of the Europhiles.

“Yet still the Remainers seem happy. ‘Have a taste of #BrexitIsland they trill. 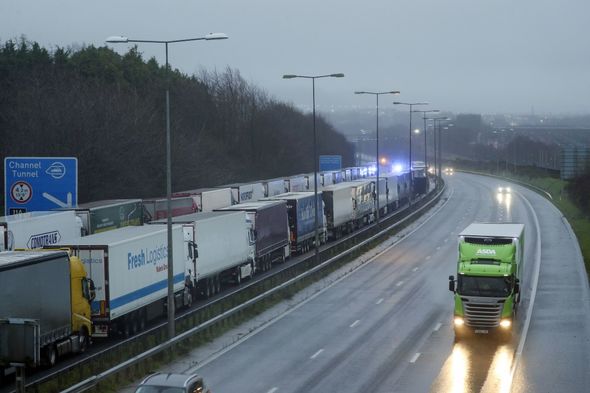 “They want Britain to fail solely so they can say ‘I told you so’. What a sad mindset.”

French government spokesman Gabriel Attal gave an update on Brexit talks this afternoon and confirmed they would be sticking to its red-lines regarding fishing.

The Department for Transport has played down the threat of further disruption at the border – with French officials in discussions to re-open transport links later today.

Transport Secretary Grant Shapps said hauliers were “quite used to anticipating disruption”, adding there were variations in supply “all the time”.

Mr Shapps also categorically ruled out an extension to the Brexit transition period and accused opponents of adding “fuel to the fire”.

Speaking to BBC Breakfast, he said: “I think the one thing which could actually add fuel to the fire would be ending something that everyone’s known is ending for a very long time, which is the end of the transition period which completes on December 31, so absolutely not, no.

“The important thing is that businesses continue to prepare, that individuals are prepared.”