A post-Brexit trade deal has been agreed by negotiators from the UK and the European Union after months of talks and frantic last-minute wrangling. Speaking outside Number 10, Prime Minister Boris Johnson said: “I’m very pleased to tell you we have completed the biggest free trade deal in history.” The Prime Minister confirmed UK negotiators managed to agree to the long-sought-after “Canada-style free trade deal”. Mr Johnson said the deal with the European Union will “protect jobs across this country” and has “taken back control of our laws and our destiny”.

The Prime Minister said the agreement reached with Brussels was a “good deal for the whole of Europe”.

Boris Johnson said that for the first time since 1973 the UK “will be an independent coastal state with full control of our waters”, with the UK’s share of fish in its waters rising “substantially from roughly half today to closer to two-thirds in five-and-a-half years’ time”.

Ahead of his statement, Mr Johnson tweeted a picture of himself smiling with both thumbs lifted in the air.

The deal was secured on Christmas Eve, a week before current trading arrangements expire.

A UK source said the deal delivered “everything that the British public was promised during the 2016 referendum”. 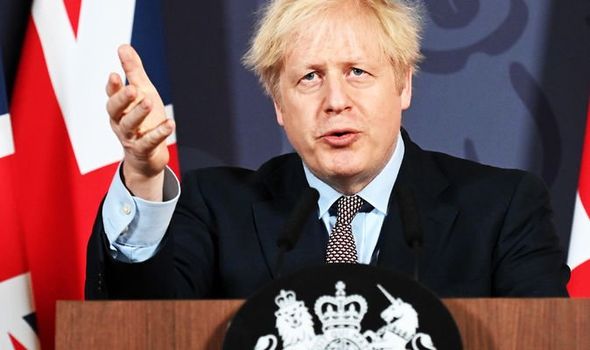 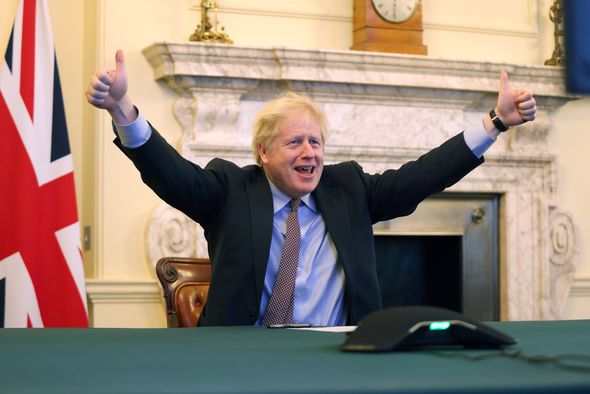 Boris Johnson and European Commission president Ursula von der Leyen were in close contact over recent days to help get the deal over the line.

But negotiations led by the EU’s Michel Barnier and the UK’s Lord Frost continued throughout the day as final details were hammered out.

The Downing Street source added: “The deal also guarantees that we are no longer in the lunar pull of the EU, we are not bound by EU rules, there is no role for the European Court of Justice and all of our key red lines about returning sovereignty have been achieved. It means that we will have full political and economic independence on January 1 2021.

“We have delivered this great deal for the entire United Kingdom in record time, and under extremely challenging conditions, which protects the integrity of our internal market and Northern Ireland’s place within it.

“We have got Brexit done and we can now take full advantage of the fantastic opportunities available to us as an independent trading nation, striking trade deals with other partners around the world.”

In a joint press conference with Michel Barnier, Ursula von der Leyen said: “We have finally found an agreement.

“It was a long and winding road, but we have got a good deal to show for it.

“It is fair, it is a balanced deal, and it is the right and responsible thing to do for both sides.”

Ms von der Leyen added: “Now is the time to turn the page and look to the future.”

She said the UK “remains a trusted partner”.

She added: “We are long-standing allies. We share the same values and interests, whether it be the Cop26 summit in Glasgow, or the upcoming UK G7 and Italian G20 presidencies.

“The EU and the UK will stand shoulder to shoulder to deliver on our common global goals.”