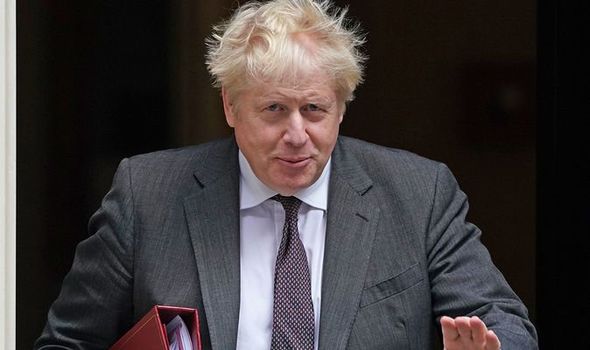 The Prime Minister will pour over the figures to determine whether his gamble not to fold to pressure from scientists and introduce tough new restrictions is paying off.

Despite Scotland, Wales and Northern Ireland all adding extra measures before Christmas in a bid to stop the NHS from being overwhelmed by cases, Mr Johnson held his nerve and refused to follow suit.

He said there was nothing in the data to suggest a need for new restrictions at the time but that he would continue to assess the action and would not hesitate to act if necessary.

Today is the first time he will have met with ministers to discuss the latest situation since the turn of the new year.

Yesterday the Prime Minister said he continued to believe “the way forward for the country as a whole is to continue with the path that we are on” but admitted the NHS was under intense pressure and further action might be needed if the situation worsened.

He warned “there’s no question Omicron continues to surge through the country” and he added: “I think we’ve got to recognise that the pressure on our NHS, on our hospitals, is going to be considerable in the course of the next couple of weeks, and maybe more.”

More than a million people in the UK have tested positive for Covid in the past week according to official figures, forcing them to isolate and avoid going to work.

There are fears the large number of absences will lead to public services struggling to cope.

There has also been a considerable jump in the number of hospitalisations recently with more than 1,000 admitted every day since December 19.

Sir Andrew Pollard, told The Telegraph: “The worst is absolutely behind us.

“We just need to get through the winter.”

On the Prime Minister’s decision not to add new restrictions, he continued: “It seems to be working so far.

“The system isn’t falling over. But it’s finely balanced.

“We can’t fully answer whether he’s got it right for some time.”